DEMO as a tool of value co-creation strategy realization

Value co-creation is a new notion in contemporary business practice, which is now also becoming one of the key marketing concepts. The success of the value co-creation strategy is based on the DART (dialogue, access, risk-benefits and transparency) concept which is emerging as the basis for interaction between the consumer and the firm. Still, the lack of a formalized approach towards the representation of the DART mechanism remains an issue. Thus, the purpose of the present paper is to describe a formal approach based on DEMO methodology tools as an attempt aimed at value co-creation process modelling. 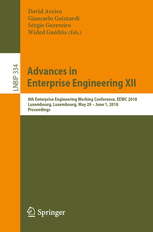