In 2013–2014 the world experienced a new revolutionary wave of a rather weak but very specific nature. Protest upsurges in Cairo, Kiev and Bangkok led to the collapse of regimes (in the first and the third cases, with the direct participation of military forces); protests in Tunisia, Caracas, Istanbul, Ankara and Sarajevo seriously challenged the corresponding regimes though did not result in their actual collapse. Are there any common features between these destabilization waves, which occurred synchronically in such distant (both from the geographical and civilizational point of view) countries as, say, Venezuela, Ukraine and Thailand? Our analysis reveals that such common features exist, and are surprisingly numerous

Language: English
Full text
Text on another site
Keywords: capitalrevolutionsdestabilizationCenter-Periphery Dissonancemiddle income countries
Publication based on the results of:
New World Order Architecture in the Middle and Near East (2018) 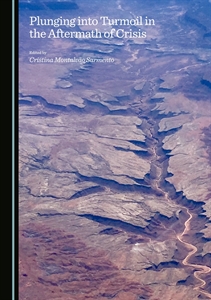