Arctic Modernism: New Urbanisation Models for the Soviet Far North in the 1960s

Industrialisation and social transformations changed the landscapes of the Soviet Arctic and stimulated discussions about the models of its domestication. Numerous industrial towns in the Soviet Far North in the 1930s were established next to Gulag labour camps. The attempt of technical, social and visual re-conceptualisation of urban space in the Soviet Arctic related to several reforms of the post-Stalin period. This chapter analyses how Leningrad architects since the 1950s used modernist urban projects for the realisation of their professional and personal ambitions trying to create a new conception of a “normal city” in extreme climate. While most were not implemented, their appearance shows the shift of the attitude toward the North in the USSR as well as the controversial changes of experts’ position. 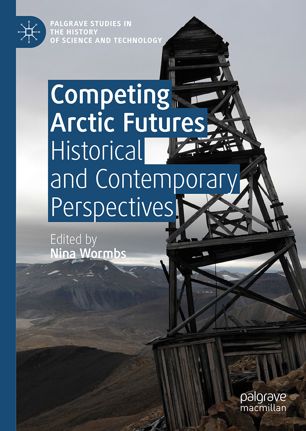 This volume, based on extensive research in formerly secret archives, examines the progress of Soviet industrialisation against the background of the rising threat of aggression from Germany, Japan and Italy, and the consolidation of Stalin's power. The iron and steel industry expanded rapidly, new non-ferrous and rare metals were introduced, and the foundations were laid of a modern armaments industry. Following the disastrous famine of 1932-33, agriculture recovered, and sufficient grain stocks were accumulated to cope with the shortages after the bad weather of 1936. These successes were achieved, after the abolition of rationing by combining central planning and mobilisation campaigns with the use of economic incentives and experimentation with markets.

This International Conference "Positioning Planning in the Global Crises" aims to bring together researchers, scientists, practicioners and students to exchange and share their experiences, new ideas, and research results about all aspects of Urban, Regional Planning, and discuss the practical challenges encountered and the solutions adopted.

Tbilisi, a city of over a million, is the national capital of Georgia. Although little explored in urban studies, the city epitomizes a fascinating assemblage of processes that can illuminate the interplay of geopolitics, political choices, globalization discourses, histories, and urban contestations in shaping urban transformations. Tbilisi's strategic location in the South Caucasus, at the juncture of major historical empires and religions in Eurasia, has ensured its turbulent history and a polyphony of cultural influences. Following Georgia's independence in 1991, Tbilisi found itself as the pivot of Georgian nation-building. Transition to a market economy also exposed the city to economic hardship, ethnical homogenization, and the informalization of the urban environment. The economic recovery since the early 2000s has activated urban regeneration. Georgia's government has recently promoted flagship urban development projects in pursuit of making Tbilisi as a modern globalizing metropolis. This has brought contradictions, such as undermining the city's heritage, contributing to socio-spatial polarization, and deteriorating the city's public spaces. The elitist processes of decision-making and a lack of a consistent urban policy and planning regimes are argued to be among major impediments for a more sustainable development of this city.