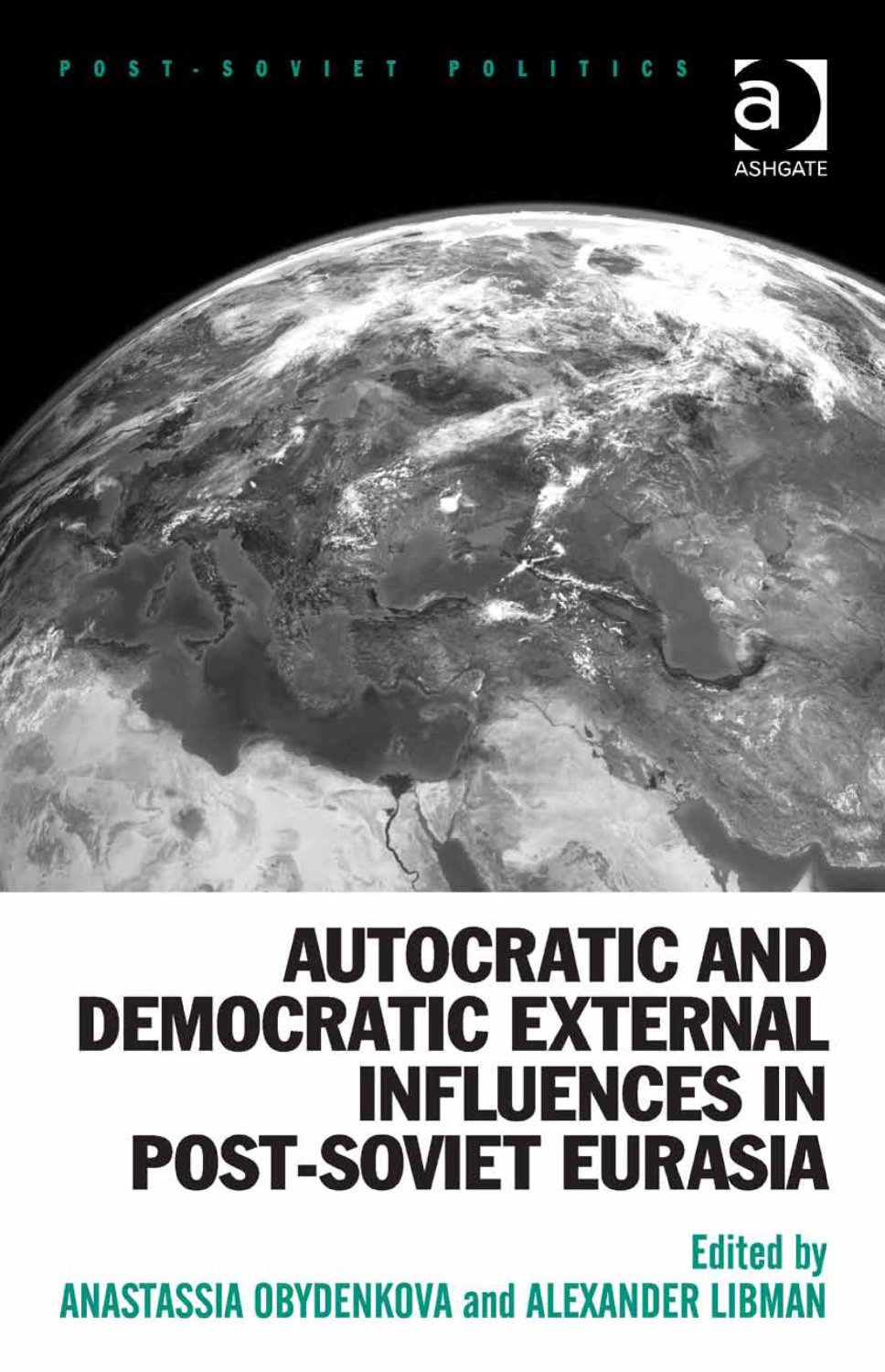 Autocratic and Democratic External Influences in Post-Soviet Eurasia
Ashgate, 2015.
Similar publications
Cyclically Balanced Growth Paths in a Model of Economic Growth with Endogenous Policy Switching
Akhremenko A. S., Petrov A., Yureskul E. Economics/EC. WP BRP. Высшая школа экономики, 2015. No. 109/EC/2015.
This paper deals with a model of economic growth, which we expand to include endogenous policy switching based on retrospective voting. It is shown that under certain conditions the solution has a special form that we call a cyclically balanced growth path. This type of solution is an analogue to balanced growth paths, which often occur in growth models with constant policies. Cyclically balanced growth paths are investigated analytically, and the growth rate over the cycle has been found. Results of numerical experiments are also provided and possible empirical applications of the model are outlined
Традиции формирования народного представительства в России
Рыбка О. Ю., Тарасенко Л. В. Труд и социальные отношения. 2012. № 5. С. 18-29.

Efficiency, Policy Selection and Growth in Democracy and Autocracy: A Formal Dynamical Model
Andrei Akhremenko, Petrov A. Political Science. PS. Высшая школа экономики, 2014. No. WP BRP 16/PS/2014.
The main focus of this paper is the impact of efficiency losses, related to public capital stock, on the prospects of economic growth in democratic and autocratic political environments. We introduce a distinction between two types of efficiency loss: along with the loss of public capital during its accumulation, we take into account the process of capital stock’s depreciation. We demonstrate that the decrease in efficiency of any type makes the probability of a long-run growth higher for autocracies; vice versa, in the presence of high efficiency democracies tend to perform better. The results were obtained by formal analysis and computational experiments, realized on the basis of original dynamical model.
(Re-)Bulding the Ship of State at Sea? State Capacity and Regime Dynamics in Post-Communist Countries
Melville A. Y., Stukal D. Political Science. PS. Высшая школа экономики, 2012. No. 07.
The relationship between  stateness and state capacity, on the one hand, and  political regimes and their dynamics, on the other,  has  received  increasing attention in  comparative politics  in recent years. Though empirical research does not provide consistent findings, arguments  currently  under discussion vary from “stateness first” (democratization only after effective state-building) to “building or rebuilding  the ship of state while at sea” (state-building and democratization as complements). Several studies reveal a J-curve link connecting autocracy and  democracy to levels of state capacity,  implying that autocratic regimes have higher state capacity than hybrid ones. This paper questions  these claims and reveals that democratization may start at low levels of state capacity, although democratic consolidation occurs at high levels of state capacity. Using a post-Communist sample, we reveal no J-shaped relationship between state capacity and political regime. We also show that state capacity does not remain unchanged in periods of social and political upheavals and its dynamics in numerous cases stipulate changes in the level of democracy. Particular patterns of this relationship are discussed in the paper in the context of clusters of post-Communist regime transformations.
Russian Perspectives on Democracy, Political Emancipation, and Integrity
Ilyin M. In bk.: Democracy in a Russian Mirror. NY: Cambridge University Press, 2015. Ch. 3. P. 59-77.

The chap[ter discusses dynamics of politica development of Russia and waves of  political emancipation. It is demonstrated that emancipation processes lead with consolidation of the country that ends up with delagation and/or usurpation of authority by the dominat political actor of autocrat.

This book constitutes the thoroughly refereed conference proceedings of the 6th International Conference on Finite Difference Methods, FDM 2014, held in Lozenetz, Bulgaria, in June 2014. The 36 revised full papers were carefully reviewed and selected from 62 submissions. These papers together with 12 invited papers cover topics such as finite difference finite element methods and various its applications in physics, chemistry, biology and finance.