The article deals with the theme of perception and comprehension  of the literary heritage of one of the greatest poets and symbol of the Colombian literature - Rafael Pombo. The individual style of Pombo is analyzed through the prism of another well known Cuban poet José Martí. There is a very thin but at the same time very powerful link between the poets - their desire to fight for liberty of their nation. More than that, the article deals with the problem of translation of Pombo’s works into Russian, lack of which represents him only as an infantil poet. 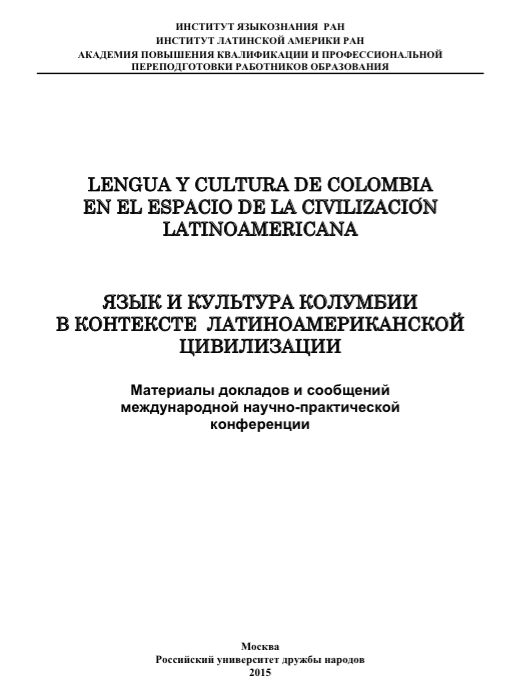 Soviet translator Alexander Romm: an experience of literary depersonalization
Zemskova E. Literary Studies. WP BRP. Высшая школа экономики, 2016. No. 15.
The article addresses a literary biography of Alexander Ilyich Romm (1893 – 1943), philologist, poet and translator, focusing on the last years of Romm’s life when he had been an active member of the Translators Section of the Union of Soviet Writers, involved in producing translations of politically committed poetry both from foreign languages and from national languages of the Soviet Union. Drawing upon Andre Lefevere’s idea of translation as rewriting and manipulation, the article takes a close look at the process of production and stylization of such translations. Surviving archival documents, including Romm’s diaries, offer a glimpse of how harrowing for him was an experience of depersonalization translators were subjected to in the Soviet literary system.
Ueber(ge)setzt. Spuren zur Oesterreichischen Literatur im fremdsprachigen Kontext
Edited by: A. Knafl. Wien: Praesens Verlag, 2010.

This bibliography is the first complete bibliography in Russian not only of the translations of works of José Martí, but also of critical articles and essays published in anthologies as well as in the press from 1953 till 2013. This material is necessary, first of all,for those who study Marti's art, as well as a wide range of researchers (philosophers, journalists, linguists, sociologists)

If a power wishes to subdue a region, what can it do? Order its armies to annex it? Carve up the region into parts that are subsequently ruled by different great powers, or create new principalities as a tool for indirect power influence? Why not use ideology and economic strength to rule that same region instead?  The volume demonstrates how the European powers of the 16 th - 19 th centuries oscillate between these different stances in their attitude towards the Balkans, at the same time leaving enough space for the smaller regional players - states and individuals alike - to exercise their local power and influence.

The article deals with the first English version of Derzhavin's ode «God», belonging to John Bowring. The comparative analysis of the original and translation using the close-reading technique helps to single out the transformations of Derzhavin's text. The author also makes an attempt to explain the character of each transformation and to show the mechanism of intercultural reception of works of art.