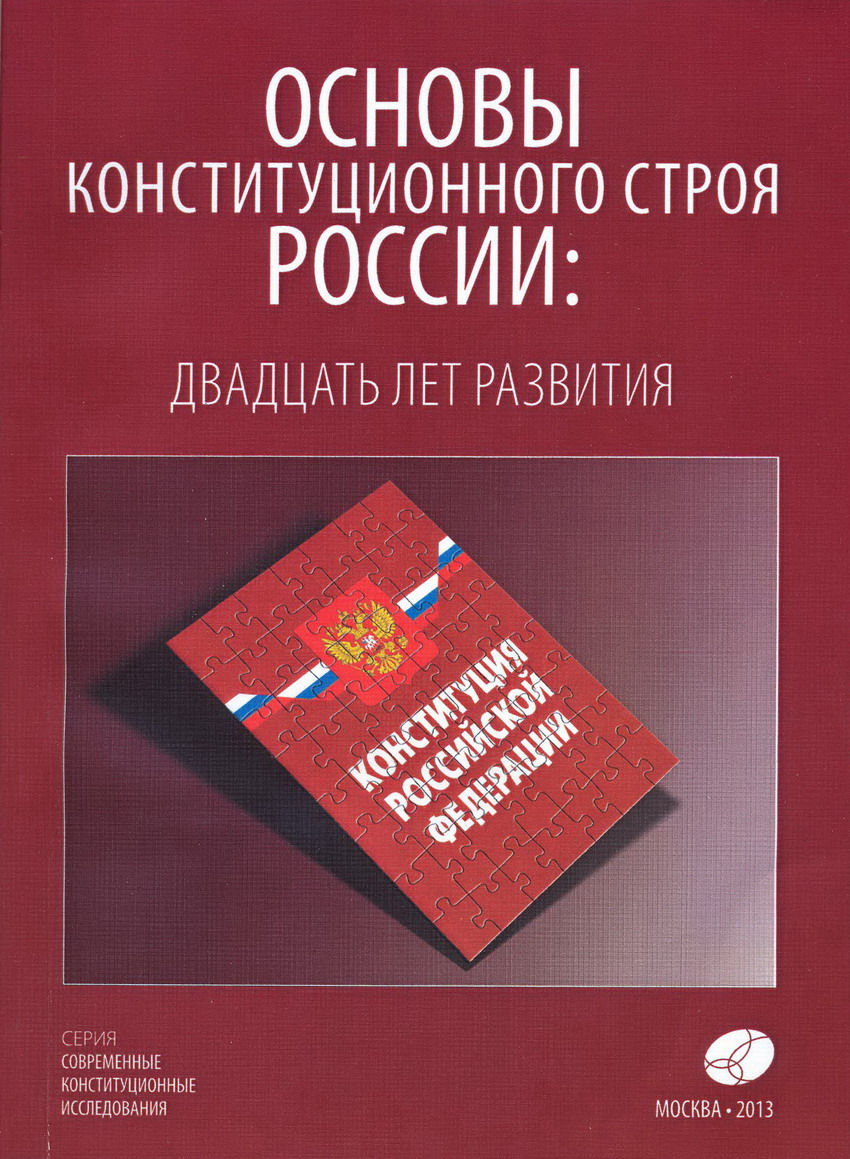 Due to high dynamics of change in modern socio-economical environment, companies have to generate new methods of responsiveness to arising challenges. One of the ways to gain sufficient competitive advantage is quality orientation. Although Kaizen is deemed to be one of the core elements of quality improvements, its modern impact is being underestimated. Four basic components of the philosophy - essence, innovation, personal and quality control allows to frame an integrated quality system which will lead to performance improvement. Arising discussion is formulated as following - how to implement these four elements into organizational structure. The central contribution and novelty of this paper is a contemporary integrated approach on improvement internal organizational processes on the basis of Kaizen. The study uncovers several conceptual blocks: theoretical basis of Kaizen philosophy, comparative analysis of methods to implement Kaizen in organization; development of method to implement Kaizen concept, evaluation of «Kaizen effect». The research adopted case study method, collecting data from various sources – documentation investigation, structured questionnaire and interviews - in order to ensure its representativity. The paper would be useful not only for scientists discovering modern Kaizen impact, but also for experts willing to implement kaizen philosophy on practice.

University Deloproizvodstvo (Paper Work) as a Cultural Practice and Institution in Russia in the First Half of the 19th Century
Vishlenkova E. A. Humanities. HUM. Basic Research Programme, 2012. No. 03.
The article analyzes documentation management as a cultural practice and institution through which university professors’ corporations in Russia in the first half of the nineteenth century lost their autonomy, acquiring instead a bureaucratic identity and ethics of state service. The study draws on official documents from university archives of Kazan, Moscow and Kharkov, and the archive of the Ministry of Education (St. Petersburg). It focuses on changes in the language of university record keeping, describing the self-identification matrices of professors as well as the growing role of quantitative and standardized information about university life they had to provide in their reports.
Разработка алгоритма расчета надежности несущих конструкций изделий радиоэлектронной аппаратуры при механических воздействиях
Шалумов А. С., Урюпин И. С., Тихомиров М. В. и др. Динамика сложных систем. 2012. Т. 6. № 3. С. 100-105.
Russian Youth from the 1990s until 2010: Generational Changes
Omelchenko E. L. In bk.: Generation X goes global: mapping youth culture in motion. NY: Routledge, 2012. P. 248-268.

In Russia, the label “Generation X” became popular upon the translation of Douglas Coupland’s famous book, Generation X: Tales for an Accelerated Culture, into Russian in 1998. Thereupon the term achieved popularity following the publication of a series of articles about the modern youth phenomenon in the journal OM, which in the mid-’90s conducted open liberal, cultural politics and was orientated toward presenting the real cultural order of the day to Russian readers. It is important to note that in today’s Russian context (journalistic and academic) there exist several different versions of who is Generation X and what is the chronology that determines the generation. One of the chronologies that has been taken up by Russian researchers is the reading of “generation” according to years of birth, which looks as follows: the Silent Generation (1923–1943), Baby Boomers (1943–1963), Generation X (1963–1984), the Millennium Generation or Generation Y (1984–2000), and Generation Z (2000–?). Other homegrown researchers consider that the characteristics of Generation X are only beginning to become apparent today. This is explained by the specific historical path of post-Soviet Russia. Toward the ’90s, young people, just as the heroes of the book by Coupland, experienced the difficult period of a double breaking up of society, and therefore can be only partially compared to their Western contemporaries. The childhood and youth of these young people took place in the later Soviet period. They succeeded in being both pioneers and Komsomols (the Communist Union of Youth). They were able to go to the university at the very peak of the social collapse and to finish higher education in what was now a different country. It is likely, therefore, that young people born from the end of the ’80s to the beginning of the ’90s can be, to a large extent, included as those belonging to Generation X at the end of the 20th century. They already completely fall under the Soviet and post-Soviet experience of socialization and ideology as a result of the politics of the iron curtain and the particular political practices of establishing a new identity—“building communism.” In this case, the stress moves away from striving to define exact dates of birth of a generation to searching for similar characteristics in terms of world outlook, specific trends, key ideas and practices, similar traits and ideals, vectors of generational solidarity, and their significant difference from other contemporaries.

The philosophy of sovereignty, human rights, and democracy in Russia
Antonov M. Law. LAW. Высшая школа экономики, 2013. No. WP BRP 24/LAW/2013.
This paper examines the correlation between the concepts of sovereignty, human rights, and democracy in Russian legal and political debate, analyzing this correlation in the context of Russian philosophical discourse. It argues that sovereignty is often used as a powerful argument which allows the overruling of international humanitarian standards and the formal constitutional guarantees of human rights. This conflict between sovereignty and human rights also recurs in other countries, and many legal scholars demand the revision or even abandonment of the concept of sovereignty. In Russia this conflict is aggravated by some characteristic features of the traditional mentality which frequently favors statism and collective interests over individual ones, and by the state building a “power vertical” subordinating regional and other particularistic interests to the central power. These features and policies are studied in the context of the Slavophile-Westernizer philosophical divide. This divide reveals the pros and contras put forward by the Russian supporters of the isolationist (conservative) policy throughout contemporary history, and especially in the sovereignty debates in recent years. The Russian Constitution contains many declaratory statements about human rights and democracy, but their formulations are vague and have little concrete effect in court battles where the application of international humanitarian law is counterbalanced by the concerns of the protection of sovereignty. These concerns coincide with isolationist and authoritarian policies, which led in 2006 to their amalgamation into the concept of “sovereign democracy.” This concept is considered in this paper to be a recurrence of the Russian conservative tradition. Even though the concept in its literal meaning has been abandoned by its author and supporters, most of its ideas are still on the cusp of the official political discourse which reproduces the pivotal axes of the Russian political philosophy of the 19th century.
‘Wir-Gefühl’ oder ‘Wir-Absicht’? Zur Begründung einer Moral der Solidarität
Hessbrüggen-Walter S. In bk.: Solidarität: ein Prinzip des Rechts und der Ethik. Würzburg: Königshausen & Neumann, 2013.

The paper analyses Richard Rorty's views on solidarity and shows that the moral particularism that Rorty derives from the idea of solidarity is unfounded. Using the conceptual tools of social ontology the paper demonstrates that a theory of solidary morals can cover Rorty's main metaethical concerns, i. e. his commitment to liberalism and denial of cognitivism, without taking a stance in the controversy between universalists and particularists. The only relevant question that remains is whether or not a given social group, nation, or culture understands itself as universalist. Whether or not this is conceivable cannot be decided on philosophical grounds.

The Doctrine of Public Education of Condorcet in Light of the Discussion on Women'S Rights and Slavery at the Beginning of the Third Republic
Ugleva A. V. Humanities. HUM. Basic Research Programme, 2015. No. WP BRP 94/HUM/2015.
This paper offers an analysis of the public education project proposed by Nicolas de Condorcet (1743-1794) which appeared to be too modern for the late XVIII century but extremely vital for the last three decades of XIX century. His ideas were taken and made foundation for the reforms proposed by Jules Ferry and Ferdinand Buisson, whose names are traditionally linked with the formation of the “republican school” in France
Актуальные вопросы конституционного правосудия
М.: Волтерс Клувер, 2011.
Разработка методики повышения надежности несущих конструкций радиоэлектронной аппаратуры на этапе проектирования
Шалумов А. С., Урюпин И. С. Динамика сложных систем. 2012. Т. 6. № 2. С. 92-100.