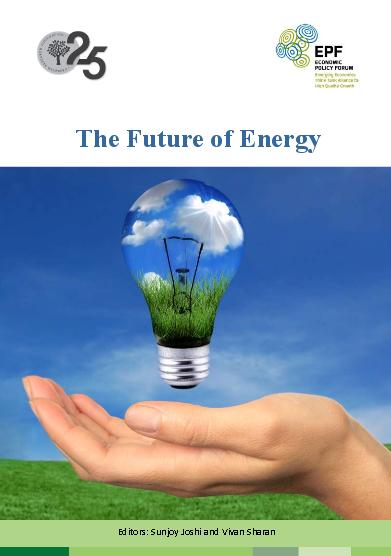 This ambitious report prepared under the aegis of Economic Policy Forum focuses on the future of global energy systems, supply-side economics and the pressures for energy diversification, energy efficiency and energy access at the country and sub-national level. The expansive scope of the study is based on the assumption that the reader is familiar with contemporary conversations on energy; it seeks to inform the reader of analyses and perspectives from Economic Policy Forum member countries by synthesising the deliberations in the meetings thus far and building upon the substantive research work conducted through the platform.   The focus of research in the Economic Policy Forum follows from the relevance of emerging countries such as BRICS in energy policy debates. One of the paradoxes in such debates, as is pointed out in the report, is the fact that the countries which face the largest energy challenges, or the most important energy policy-related questions, are also countries where policymaking variables are in constant flux. Conversely, in the case of developed countries, a number of fundamental assumptions are well known, which include expectations about consumer demand and industrial consumption extrapolated on the basis of demographic as well as socio-economic trends.

The world is currently undergoing an historic energy transition, driven by increasingly stringent decarbonisation policies and rapid advances in low-carbon technologies. The large-scale shift to low-carbon energy is disrupting the global energy system, impacting whole economies, and changing the political dynamics within and between countries. This open access book, written by leading energy scholars, examines the economic and geopolitical implications of the global energy transition, from both regional and thematic perspectives. The first part of the book addresses the geopolitical implications in the world’s main energy-producing and energy-consuming regions, while the second presents in-depth case studies on selected issues, ranging from the geopolitics of renewable energy, to the mineral foundations of the global energy transformation, to governance issues in connection with the changing global energy order. Given its scope, the book will appeal to researchers in energy, climate change and international relations, as well as to professionals working in the energy industry.