36 scenarios of the population projection for Russia until 2030 are presented and analyzed. Prognostic hypothesis of changes in fertility, mortality and migration are described, and the choice of number of projection scenario is explained. Possible changes in the size and age structure of the population are considered. Particular attention is paid to future dynamics of the main large age groups (children, population in working age and elderly) and to the possible changes of dependency ratio.

Language: Russian
Full text (PDF, 821 Kb)
Text on another site
Keywords: population projectionssex and age compositiondependency ratio
Publication based on the results of: Recent demographic trends in Russia and their consideration in socioeconomic forecasting(2013) 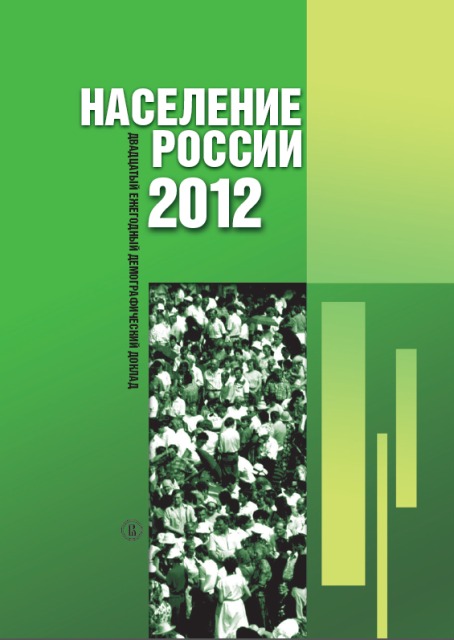 Russia has a long history of pronatalist policies dating back to the 1930s. Two sets of pronatalist measures were implemented during the past 40 years. The one designed in the early 1980s proved to be a clear failure. Instead of raising fertility, completed cohort fertility declined from 1.8 births per woman for the 1960 to 1.6 for the 1968 birth cohort. The government of president Putin became very concerned with the dire demographic conditions of high mortality and low fertility in Russia in the1990s and early 2000s. Among others, a reasonably comprehensive set of pronatalist measures came into effect on 1 January 2007. The period total fertility rate increased from1.3 births per woman in 2006 to 1.6 in 2011 which the authorities view as an unqualified success. An unbiased demographic evaluation as well as analyses of Russian experts reveals that apparently the measures mainly caused a lowering of the age at birth and shortening of birth intervals. It appears that any real fertility increase is questionable, i.e. cohort fertility is not likely to increase appreciably. The recent pronatalist measures may turn out to be a failure.

The article views the recent fertility dynamics in a number of Tropical African countries for which the necessary data is available. It is shown that in the majority of these countries fertility started to decline in the mid-1970-s – early 1990s. However, in the mid-1990s and early 2000s a mass fertility stall occurred throughout the great part of Tropical Africa. Importantly, in most cases fertility got stalled at very high levels, more than 5 children per woman. A decade-long absence of fertility decline bears serious threats of demographic explosions. We present some ways of avoiding the catastrophic scenarios.