Language: Russian
Text on another site
Keywords: youthpatriotismattitudes to history 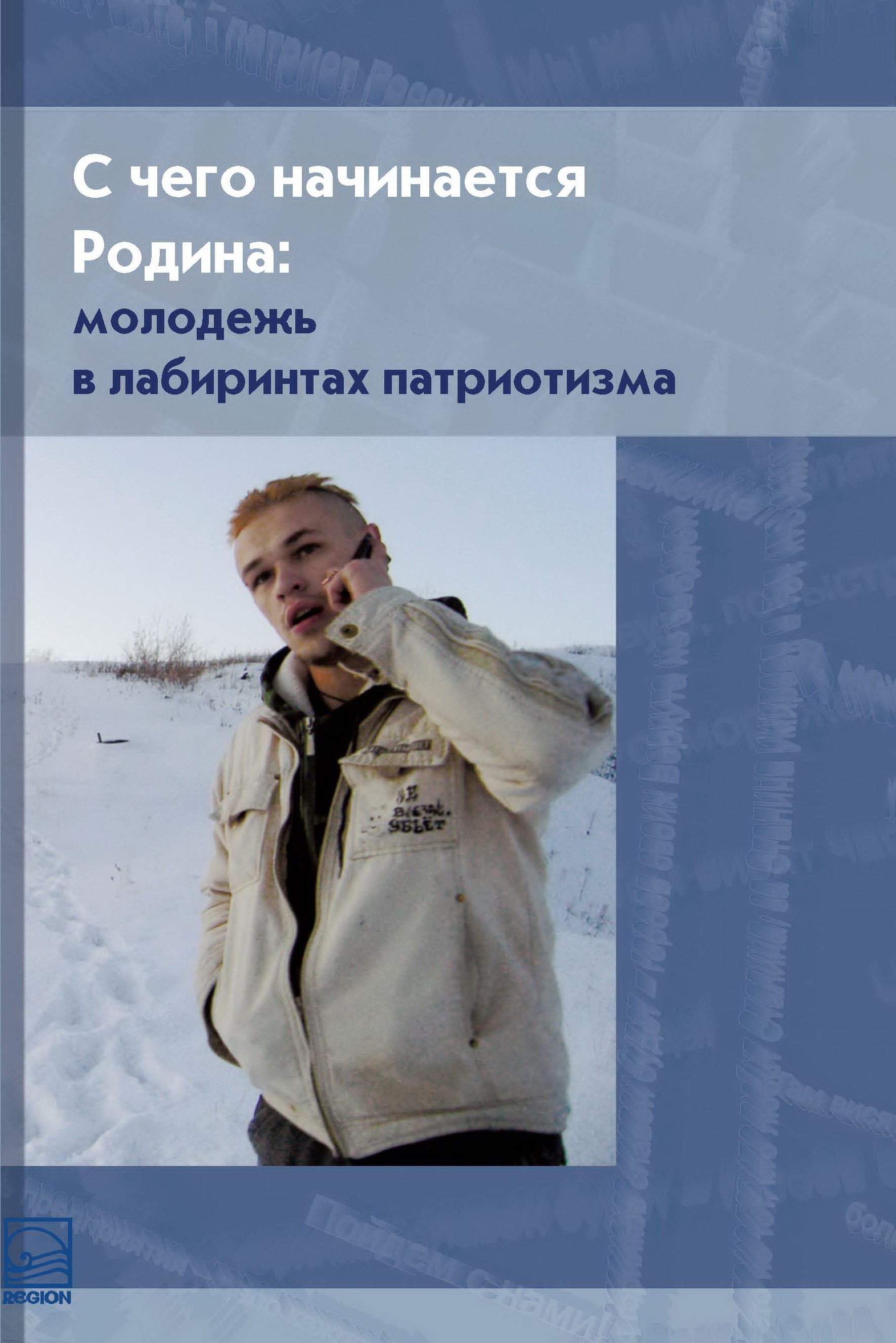 С чего начинается Родина: молодежь в лабиринтах патриотизма
Edited by: Е. Л. Омельченко, Х. Пилкингтон Ульяновск: Ульяновский государственный университет, 2012.
Similar publications
«I Didn’t Know You Can’t Plan So Far Ahead»: Symbolic Logics Behind The Choice Of Vocational Education In Russia»
Pavlenko E. Education. EDU. Высшая школа экономики, 2020
This research studies the role of culture in reproducing inequality through educational decision-making (VE) students in Russia. We show how the way they meaningfully map their options affects their decisions and outcomes. We built upon the conceptual approach of Hodkinson, specifically “horizons of action” in studying how young people are restricted by the “horizon of action” in their opportunities to see all the options available to them. We expand Hodkinson’s approach by suggesting that the “horizon of action” is a symbolic structure that renders reality as a meaningful frame of reference which is the result of meanings shaping young people’s outlook. Using this approach, we extract four complexes of meanings which we call “symbolic logics”. We investigate further how “serendipity” and “agency” are woven into young people's symbolic logics of choice. We show that students rely on a meaningful frame that allows them to be agents enacting a narrative of “bringing adulthood closer”, but they are also highly uncertain about their future and are open to serendipity which plays a large role in their trajectories.
Handbook of the Sociology of Youth in BRICS Countries
Edited by: T. Dwyer, Gorshkov Mikhail K., I. Modi et al. World Scientific, 2018.

Youth are, by definition, the future. This book brings initial analyses to bear on youth in the five BRICS countries: Brazil, Russia, India, China and South Africa, which are home to nearly half of the world's youth. Very little is known about these youth outside of their own countries since the mainstream views on "youth" and "youth culture" are derived from the available literature on youth in the industrialized West, which is home to a small part of the world's youth. This book aims to help fill in this gap.

The handbook examines the state of youth, their past, present and permits the development of insights about future. The BRICS countries have all engaged in development processes and some remarkable improvements in young people's lives over recent decades are documented. However, the chapters also show that these gains can be undermined by instabilities, poor decisions and external factors in those countries. Periods of economic growth, political progress, cultural opening up and subsequent reversals rearticulate differently in each society. The future of youth is sharply impacted by recent transformations of economic, political and social realities. As new opportunities emerge and the influence of tradition on youth's lifestyles weakens and as their norms and values change, the youth enter into conflict with dominant expectations and power structures.

The topics covered in the book include politics, education, health, employment, leisure, Internet, identities, inequalities and demographics. The chapters provide original insights into the development of the BRICS countries, and place the varied mechanisms of youth development in context. This handbook serves as a reference to those who are interested in having a better understanding of today's youth. Readers will become acquainted with many issues that are faced today by young people and understand that through fertile dialogues and cooperation, youth can play a role in shaping the future of the world.

published annually by Langenscheidt Publishing House over the

period from 2008 to 2019 Specific features of lexical units which

people. All findings are supported by citing original word definitions

from the dictionaries under review.

At any Given Time, There Is Crisis Somewhere. Characteristics of Young People Under the Conditions of the Economic Slump.
Лукьянова Е. Л., Sabirova G. Russian Education and Society. 2013. Vol. 55. No. 9. P. 3-22.

Extracurricular Sport and Risk Behaviour: Are They Related?
Khodorenko D. K., Titkova V. Education. EDU. Высшая школа экономики, 2016. No. 38.
This study focuses on the relationship between extracurricular activity (specifically, group and individual sports) and adolescent drinking behaviour. To examine how participation in sports is related to the frequency and intensity of alcohol consumption we use hierarchical regression analysis. Our sample consists of 2961 students from 29 vocational schools in St. Petersburg. We demonstrate that participation in individual and team sports increases the risk of teenagers being involved in drinking behaviour; however the frequency of regular alcohol consumption is not associated with participation in sports. Students’ gender, socio-economic status and cultural capital, as well as residence status (living with parents or in the dorm) were significantly associated with teenage drinking behaviour: females and students living in a dorm were at greater risk of being involved in drinking, while regular alcohol consumption was more prevalent among males and students with a higher socio-economic status.
当代俄罗斯青年的消费和休闲 (Youth Consumption and Leisure in Russia)
Kozyreva P. M., Nizamova A. E., Smirnov A. I. In bk.: 青年与社会变迁：中国与俄罗斯的比较研究 (The youth and social change: a comparative study between China and Russia). Beijing: Social Sciences Academic Press, 2014. P. 128-142.