by year
Subject
News
Researchers Outline Specific Patterns in Reading in Russian
Psycholinguists from the HSE Center for Language and Brain, in collaboration with researchers from the City University of New York and the University of Stuttgart, investigated how reading in Russian varies among different groups of readers. The authors used a novel method in bilingualism research — comparison of the eye-movement sequences (scanpaths) in adult native speakers of Russian, Russian-speaking children, and adult bilinguals with different levels of Russian proficiency. The results of the study were published in Reading Research Quarterly.
HSE Experts Determine Who Should Be Liable for AI Actions
According to experts of the Digital Environment Law Institute of HSE University, Artificial Intelligence (AI) may soon become a participant of the legal decision-making process, and the AI system will be entrusted with authority. Therefore, the issue of liability for ‘automated decision making’ should be addressed. HSE experts presented a special report that evaluates whether AI designers should be liable for the automated systems they create and what actions the government can take to develop AI investment projects.
Make the Most of the Sun
Professor Alexey Tameev of HSE MIEM, along with a team of colleagues, has proposed a calculation method to determine the optimal photoactive layer thickness which can maximize the power conversion efficiency of solar cells. Applicable for both polymer andperovskite solar cells, the method can become a milestone on the path from laboratory samples to solar cells made from new generation materials. The results of the research are covered in ‘A common optical approach to thickness optimization in polymer and perovskite solar cells’, an article published in Scientific Reports.
Publications

The article shows how the Hamitic hypothesis invented by early European anthropologists was promoted by German and Belgian colonizers and missionaries to explain the native Rwandan society and organize it into pseudo-racial hierarchies under colonial rule, how the colonial ethnicist practices and ideologies resulted in ethnicist consciousness-raising of populations and how the Rwandan post-colonial political regimes supported, instrumentalized and institutionalized them to consolidate their power. The author concludes that these historical developments made the Hamitic hypothesis a significant factor in the Rwandan genocide of 1994. 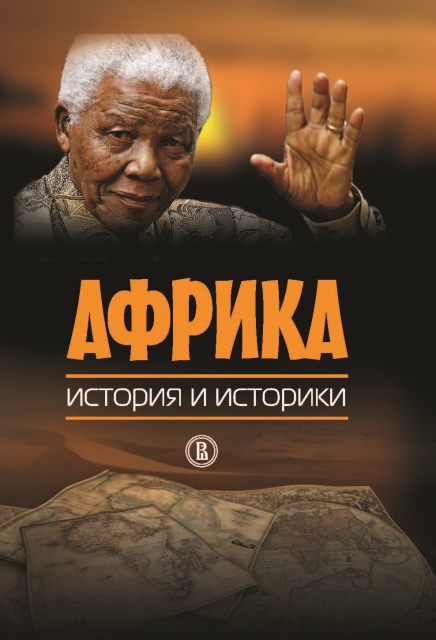 The problems of identity are no new theme in the research in African politics. In the foreground of interest of political scientists, historians, philosophers, sociologists and experts in African studies the identity appears in particular in connection with the for¬mation of African nations, the existence of nationalities and ethnics, which have direct influence on the operation of the African political system, especially its institutions. The scholars use a great many different approaches, which suggest the importance of these issues in the research in African integration processes and especially the process of development of modern African nations.

The article analyzes the role of Christian churches in the Rwandan genocide of 1994, their involvement in organization and carrying out massacres of Tutsis and Hutu opposition. The author also raises the question, how the position  taken by the ecclesiastical hierarchy and the behavior of individual priests in April-June 1994 influenced on the prestige and religious dominance of Christian churches in Rwanda.

This textbook is the product of a collective effort of historians from several research institutes and universities. In a concise and accssible form the authors cover the main problems and topics of the history of Sub-Saharan Africa from 15th century to the present. Among these are the development of African civilisations, the creation and the collapse of colonial systems,the making of colonial society, the development of anti-colonialism and the development of African nationalism, and the events, problems and challenges of the late 20th - early 21st centuries. The texbook contains essays on the history of 20 countries of the region.Uniquely, it also offers a history of relations between Russia and Black Africa.The sizable supplement contains documents pertaining to the history of the region. Indexes, chronology, glossary and bibliography conclude the text. The texbook is the first Russian manual on the modern and contemporary history of sub-Saharan Africa.

The paper addresses a set of ways to conceptually organize and represent ethnic diversity though law and politics. The point of departure is an examination of the Russian law on non-territorial autonomy for ethnic groups (1996) and the conclusion that the law virtually has no practical value. A wider study reveals that the idea of "non-territorial autonomy" and its practical implications have much in common with the approaches resting on the notions of "multiculturalism" and "minorities". Also a comparison of legal and administrative practices related to ethnicity demonstrates that a variety of terminologies employed in different national contexts may denote similar ideas, decisions and outcomes. Ethnic differences are described in terms of "group" and "culture"; the issues of territorial affiliation becomes the crucial one; the theme of equality is being reduced to the issues of a "fair" classification and taxonomy of groups. It turns out that these approaches have no utilitarian meaning, but rather contribute to a publicly acceptable representation of social reality. These observations allow us to question the specific position of Russia in the area known as "nationalities policy" or "ethnic relations". Reversely, one can talk about some local manifestations of the global trends in the perceptions and representations of ethnic diversity. It is supposed that actual "diversity policies" stem from a set of essentialist and group-centric assumptions which have become universally accepted. The meaning of these "diversity policies" can be explained in terms of symbolic (re)production of social reality. Dissemination of these socially acceptable narratives concerning ethnic diversity turns to be a mechanism of power and social cohesion.