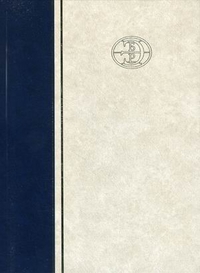 This article addresses the questions, What do children in urban areas do on Saturdays? What type of organizational resources do they have access to? Does this vary by social class? Using diary data on children’s activities on Saturdays in the Phoenix-Mesa-Scottsdale metropolitan area, the authors describe the different types of venues (households, businesses, public space, associations, charities, congregations, and government/tribal agencies) that served different types of children. They find that the likelihood of using a charity or business rather than a government or tribal provider increased with family income. Also, the likelihood of using a congregation or a government facility rather than business, charity, or household increased with being Hispanic. The authors discuss implications for the urban division of labor on Saturdays and offer research questions that need further investigation.

Measuring Welfare Gains from Better Quality Infrastructure
Lokshin M., Klytchnikova I. Policy Research Working Paper. WPS. World Bank Group, 2007. No. 4217.
Projects and reforms targeting infrastructure services can affect consumer welfare through changes in the price, coverage, or quality of the services provided. The benefits of improved service quality-while significant-are often overlooked because they are difficult to quantify. This paper reviews methods of evaluating the welfare implications of changes in the quality of infrastructure services within the broader theoretical perspective of welfare measurement. The study outlines the theoretical assumptions and data requirements involved, illustrating each method with examples that highlight common methodological features and differences. The paper also presents the theoretical underpinnings and potential applications of a new approach to analyzing the effects of interruptions in the supply of infrastructure services on household welfare.
Организационное поведение. 2-е изд., испр. и доп. Учебник и практикум для прикладного бакалавриата
Голубкова О. А., Сатикова С. В. М.: Юрайт, 2016.
Язык как система ориентиров в социальном пространстве
Никитина Е. Б. В кн.: Информационно-коммуникационное пространство и человек (Материалы II международной научно-практической конференции 15-16 апреля 2012 г.). Пенза; М.; Витебск: Научно-издательский центр "Социосфера", 2012. С. 32-36.
The following article is an account of the author’s opinion of the role of language within the framework of society. The paramount idea is that language should not be viewed simply as a means of communication. The author suggests a more profound understanding of language as a medium between society and the culture against the background of which it manifests itself. The aforementioned conception of language provides the author with the opportunity to assert that language constitutes a system of guidelines without which society would lose its identity.
Потребление как агент легкой социальности в городском пространстве
Иванов П. В. Журнал социологии и социальной антропологии. 2011. Т. XIV. № 5. С. 142-147.

Consumer Expectations of Russian Populations: Cohort Analysis (1996–2009)
Ibragimova D. Sociology. SOC. Высшая школа экономики, 2014. No. WP BRP 41/SOC/2014.
The research deals with the analysis of consumer expectations of Russian population which are mediated by many socio-demographic characteristics: income, age, education, place of residence, sex, etc. The paper focuses on influence on variable “age” because it is itself rather complex. First, actual age represents biological characteristics. Second, “age” represents a unique birth cohort in the terms of socialization and formation of life experience. Finally, all ages are influence by a time period effect that reflects the socio-political, economic, and informational phenomena of the macro environment. The solving of the problem of "identification" (i.e. the separation of these three effects) which inevitably arises in case of cohort analysis, based on theoretical views concerning the character of consumer expectations and the results of empirical testing. That shows the aggregated Consumer Sentiment Index reflects the general socio-economic situation in a country at a certain time and allows us to use the CSI as a distillation of a specific time moment. The information base of research is the data of consumer survey although not the panel, but conducted over a 15-year period on the same methodology and sample. All 79 waves of cross-section data (from May 1996 to September 2009) were converted into a “quasi-longitudinal design”, the total sample of dataset was 182,507 respondents. The regression analysis demonstrates that belonging to a cohort actually significantly determines consumer sentiments. However, the nonlinear correlation describing such dependence showed that an increase of optimism/pessimism concerning the economic and social development of the country happens non-uniformly from one cohort to another. In addition, the article attempts to implement approach to differentiation of generations, is not based on age differences, and the relationship with historical events. The research shows that an indicator such as the CSI could be one instrument for defining the time boundaries of the generations.
Work-Related Migration and Poverty Reduction in Nepal
Bontch-Osmolovski M., Lokshin M., Glinskaya E. In bk.: Migration and Poverty: Toward Better Opportunities for the Poor. Washington: The World Bank Press, 2011. P. 35-66.

The goal of this chapter is to provide empirical evidence of the effect of differential migration strategies on poverty in Nepal. We model the effect of remittances and work migration on consumption of households with a migrants. Using the cross-sectional sample of the nationally representative Nepal Living Standart Survey of 2004, we estimate a model of household migration decisions jointly with the consumption equations by the method of full information maximum likelihood (FIML) with instrumental variables. The method takes into account unobserved household characteristics that could simultaneously affect household migration decisions and household income. We simulate counterfactual expenditure distributions to determine the effect of work-related migration on the levels of aggregate poverty and inequality in Nepal. While most of the recent papers on the effect of migration on inequality and poverty have controlled for heterogeneity and selection in terms of unobserved characteristics, to the best of our knowledge this is the first study using FIML to estimate the trivariate selection model in this context. The novelty of the study resides on separating different effects of domestic and international migration on household welfare.

Свой среди других: антропология нормы в пространстве Царицынского парка
Самутина Н. В., Запорожец О. Н. Гуманитарные исследования. WP6. Высшая школа экономики, 2012. № 06.
The paper analyzes different forms of normative conduct in public space. Important general question about the production of space during everyday interactions broadly discussed in contemporary Urban Studies is complimented in this local anthropological case by different smaller levels of research showing the processes of establishment and changes of norms. Thus, the authors consider official rules and regulations in Tsatitsyno; regular practices of mass visitors; modes of everyday interaction at the park; micropractices of communication aimed to redefine the use and destination of places, and so on. The introduction to the problem of classification of “mass visitor” helps to correct some assumptions about the users of public space in contemporary Moscow.