Michel Henry’s project of the passive or “pathetic” subjectivity is based on a presupposition that the essence of the self is constituted within the process of the self-affection of Life. The self is given to itself primarily not in reflection or theoretical thinking, but rather in passion, in undergoing emotional states. We argue that Henry’s claim of identity between passion and true thought is to be understood in the context of philosophical praxis, for example, of spiritual exercises or prescriptive meditations, rather than as a scientific description of the reality of the self. 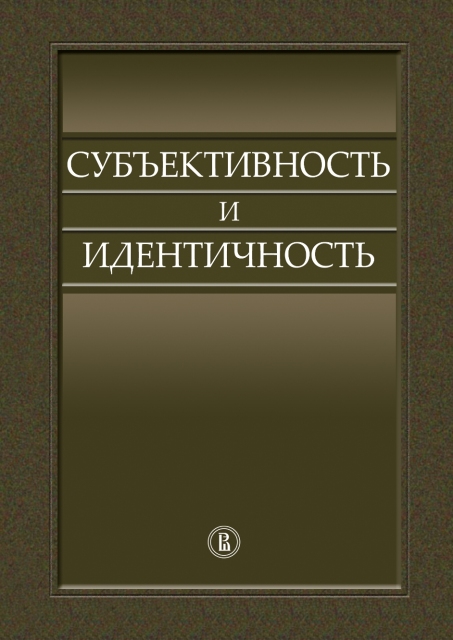 История субъективности: Средневековая Европа
Edited by: Ю. П. Зарецкий М.: Академический проект, 2009.
Влияние феноменологической философии на становление исходных философских установок М. Хайдеггера
Ищенко Н. И. Деп. в ИНИОН РАН. № 53442 от 17.03.1998. ИНИОН РАН, 1998
In this article the continuity of Heidegger’s version of phenomenological philosophy in relation to Husserl’s one is shined. The preconditions which have caused the philosophical choice of M. Heidegger in favor of the phenomenological method of E. Husserl are considered.  These preconditions are the following: 1) Husserl’s idea of a phenomenological contemplation; 2) phenomenological representation the intentionality of cognition; 3) Husserl’s theory of the material a priori and categorial contemplation; 4) transcendental character of phenomenological knowledge.
Becoming A Good Mother: Responsibility Between State, Experts And Mothers In Russia
Shpakovskaya L. L. Humanities. HUM. Basic Research Programme, 2015. No. WP BRP 87/HUM/2015.
The working paper represents a study of motherhood as a specific semantic construct in contemporary Russia. The author analyses the ways in which knowledge about motherhood produces specific maternal experience. The general theoretical framework is the foucauldian concept of discursive power based on knowledge. At the same time, motherhood is viewed as a class differentiated practice. The primary focus of the analysis is motherhood as experienced by Russian middle class women. The paper discuss how motherhood is discursively produced in the Russian context. The author is interested in the knowledge and discourses that Russian middle class women employ in order to become aware of their motherhood and describe themselves as mothers. The paper describes critical sociological theories of motherhood connecting this phenomenon to such concepts as power, social order and social inequalities. These critical approaches deconstruct the motherhood discourse and reveal that the mother becomes a point of production of social and political order of the modern societies. The analysis of the Russian discourse on motherhood in the political and cultural context is presented by the author as well. The paper elaborates upon the category of “responsibility” as the primary meaning component of middle class motherhood. In the conclusion the issue of why and when Russian mothers are considered “responsible” is discussed
Выступление на международной конференции «Может ли история быть объективной?»
Бойцов М. А. Новая и новейшая история. 2012. № 3. С. 27-29.
Метафора как способ выражения оценки в современной мемуарной литературе
Романова Т. В. В кн.: Филология и культура: Материалы V Международной научной конференции 19-21 октября 2005 года. Тамбов: Издательский дом ТГУ им. Г.Р. Державина, 2005. С. 389-393.
Профессиональное суждение в аудиторской деятельности
Ковина А. К. В кн.: Формирование и развитие инновационной экономики: Материалы международной научно-практической конференции. Н. Новгород: Нижегородская государственная сельскохозяйственная академия, 2010. С. 426-429.
The Concept of Law: a brief introduction to jural aspects of Classical Eurasianism
Nazmutdinov B. Law. LAW. Высшая школа экономики, 2015. No.  61.
Jurists and historians have rarely highlightened jural aspects of classical Russian Eurasianism. There have been several attempts to describe Eurasianist jural philosophy as a coherent system, but they were not fully relevant to the source material. The paper focuses on problems in the background of the creation of holistic Eurasianist jurisprudence during 1920s and 1930s. It emphasizes that the complexity of this process depended on different institutional and especially conceptual terms. The Eurasianists displayed several different approaches to Law whose distinctions were based on metajuridical grounds – phenomenological ideas in the work of Nickolai Alekseev, who argued for legal individualism; the “Alleinheit” theory found in the writings of Lev Karsavin; and a positivist theory in paper by Nickolai Dunaev. Based on published works of Eurasianists and unpublished archival materials, this research concludes that these juridical views were contradictory. These contradictions meant it was impossible to create a coherent Eurasianist jural theory using the terms derived from the authors mentioned, despite the fact that Eurasianist views have some specific characteristics.
Субъект в пространстве аргументации
Крючкова С. Е. В кн.: Субъект и культура. СПб.: Алетейя, 2014. С. 394-418.
Событие и метод: философская герменевтика в контексте феноменологического движения
Инишев И. Н. Вестник Томского государственного университета. 2010. № 333. С. 32-35.