The dramatic economic crisis of 1990–1999 during the transition from “planned/command” to more liberal-open economy created severe economic and social stress for Russian people. Many not “so urgent” issues such as the environment did not receive priority. Most of the population is still trying to cope with a myriad of other social and political issues. Development of social life in post-Soviet period has not been favorable to make Russia a leader in coping with climate change, however, as Russia emerges from its economic-social woes, and as its civil society gains greater visibility and strength it is bound to play a more active role in global environmental issues. 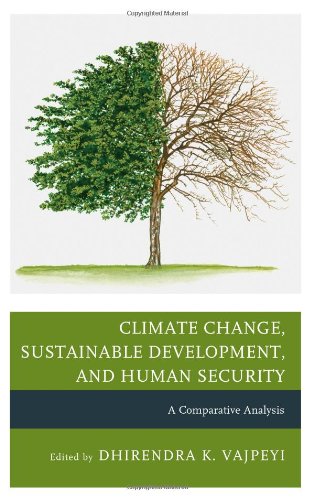 Similar publications
Глобальное изменение климата как вызов мировой экономике и экономической науке
Макаров И. А. Экономический журнал Высшей школы экономики. 2013. Т. 17. № 3. С. 480-499.
Carbon emissions embodied in Russia’s trade
Makarov I. A., Sokolova A. FIW Working Paper. The Federal Ministry of Science, Research and Economy (BMWFW), 2015. No. 149.
According to current international climate change regime countries are responsible for greenhouse gas (GHG) emissions, which result from economic activities within national borders, including emissions from producing goods for exports. At the same time imports of carbon intensive goods are not regulated by international agreements. In this paper emissions embodied in exports and imports of Russia were calculated with the use of inter-country input-output tables. It was revealed that Russia is the second largest exporter of emissions embodied in trade and the large portion of these emissions is directed to developed countries. The reasons for high carbon intensity of Russia’s exports are obsolete technologies (in comparison to developed economies) and the structure of commodity exports. Because of large amount of net exports of carbon intensive goods the current approach to emissions accounting does not suit interests of Russia. On the one hand, Russia, as well as other large net emissions exporters, is interested in the revision of allocation of responsibility between producers and consumers of carbon intensive products. On the other hand, current technological backwardness makes Russia vulnerable to the policy of “carbon protectionism”, which can be implemented by its trade partners.
16th international multidisciplinary scientific geoconference SGEM 2016 Conference proceedings
Vol. 3: Recycling, air pollution & climate change, modern energy and power sources. Bk. 4: Energy and clean technologies. Wien: 2016.
Природные экосистемы суши
Минин А. А., Корзухин М. Д., Замолодчиков Д. Г. и др. В кн.: ВТОРОЙ ОЦЕНОЧНЫЙ ДОКЛАД РОСГИДРОМЕТА ОБ ИЗМЕНЕНИЯХ КЛИМАТА И ИХ ПОСЛЕДСТВИЯХ НА ТЕРРИТОРИИ РОССИЙСКОЙ ФЕДЕРАЦИИ. М.: Росгидромет, 2014. С. 459-506.

Climate change and our future: anticipating trends and challenges using media data
Mikova N. Science, Technology and Innovation. WP BRP. National Research University Higher School of Economics, 2016. No. 65/STI/2016 .
This paper proposes a multidisciplinary approach to understanding the future perspectives of climate change. First, it analyzes the possibilities of using the media as an information source for anticipating trends and challenges in this area through exploring the topics that have been actively discussed in the news in the recent 5 years. Second, qualitative and quantitative approaches are combined in this study in order to identify trends of different categories: social, technological, economic, environmental, political and values/culture. It allows integrating the results of trends monitoring obtained from qualitative and quantitative sources and create a complex map of trends. Qualitative approach is based on the literature review and consultations with the experts, while quantitative analysis includes collecting the news from Factiva database and processing it in Vantage Point software using bibliometric analysis, natural language processing, statistical analysis and principal component analysis. The results shown that 58% of trends were validated by the news and its contribution to the final trends list accounts for 25% on average, which means that the media can be considered as a useful additional data source for validating and updating trends. The results of this multidisciplinary study can be of interest to researchers, economists, business representatives and policy makers that are involved in the climate change related activities.
Assessment Report: Climate change and its impact on ecosystems, population and economy of the Russian portion of the Altai-Sayan Ecoregion
М.: Всемирный фонд дикой природы, 2011.

Adaptation actions: Observed and Forecasted Climate Change Impacts on Population, Economy and Ecosystem Services
Gerasimchuk I. In bk.: Assessment Report: Climate change and its impact on ecosystems, population and economy of the Russian portion of the Altai-Sayan Ecoregion. M.: WWF Russia, 2011. P. 94-131.

Finding itself in the post-Paris world: Russia in the new global energy landscape
Makarov I. A., Henry Chen Y., Paltsev S. Report 324 . Joint Program Report Series. MIT Joint Program on the Science and Policy of Global Change, 2017. No. Report 324.
Because the Russian economy relies heavily on exports of fossil fuels, the primary source of human-induced greenhouse gas (GHG) emissions, it may be adversely impacted by Paris Agreement-based climate policies that target reductions in GHG emissions. Applying the MIT Economic Projection and Policy Analysis (EPPA) model to assess the impacts of the Paris Agreement on the Russian economy, this study projects that climate-related actions outside of Russia will lower the country’s GDP growth rate by about one-half of a percentage point. The Paris Agreement is also expected to raise Russia’s risks of facing market barriers for its exports of energy-intensive goods, and of falling behind in the development of low-carbon energy technologies that most of the world is increasingly adopting. The researchers argue that to address these risks, the country needs a new comprehensive development strategy that accounts for the post-Paris global energy landscape. They offer suggestions for key elements of such a strategy, including diversification of the economy, moving to low-carbon energy sources and investing in human capital development. The study simulates three simple diversification scenarios showing that redistribution of incomes from the energy sector to the development of human capital would help avoid the worst possible outcomes.
Роль США в противодействии глобальному изменению климата
Макаров И. А. США и Канада: экономика, политика, культура. 2012. № 4. С. 101-117.