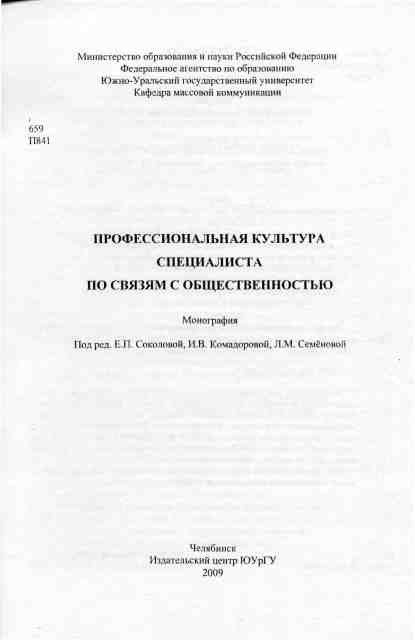 The article is devoted to the analysis of the notions “social institute” and “creativity” in relations to the journalism activities. The authors make a conclusion that the mechanism of development of the social institute “journalism” is connected with the individual creative works of professionals.

The problem of negative consequences of the impact of marketing communications technologies would be in many respects solved, if the advertising community, the corporate tone was set up not just by the intellectuals, but by intelligent intellectuals, endowed with civil, and in broader terms, social and cultural responsibility. The formation of these specialists will no doubt contribute to an innovative course on "Integrated communications culturology ", which was piloted in 2013 in the HSE for the specialty "Advertising and Public Relations".

The article provides a comparative analysis of reflection on the boundaries, functions and interactions of PR, marketing and integrated communications of Russian higher education teachers ((conventionally, theorists) and employees of PR agencies and PR departments of companies (conventionally practitioners). The problem of approaches to the definition of areas These disciplines are still relevant and have a certain impact on the Russian communicative practice.