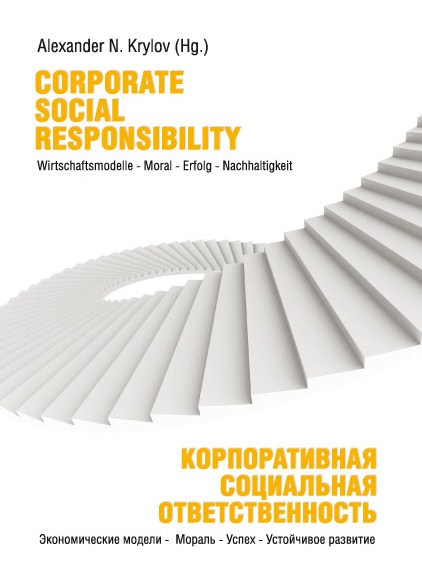 The book considers how to make the methodology of business ethics more scientific, especially its normative branch. Storchevoy explores the attempts of economic theory to contribute to the scientific normative analysis of economic behavior, particularly the welfare economics of 1910-1950 and methodological discussions of economics and ethics from 1980-2015. He then examines the development of the methodological structure of business ethics in general since the 1980s and the scientific validity of normative business ethics, including stakeholder theory, the separation thesis, integral social contract theory, corporate social responsibility, virtue ethics and other frameworks. He concludes by suggesting an additional step to make business ethics a more systematic discipline by developing a typology of moral issues and dilemmas. Business Ethics as a Science will be a thought-provoking resource for students and practitioners of business ethics and economists alike.

Ethics is becoming increasingly important for business. This trend is reflected in modern corporate and contract practice of entrepreneurs. This writing addresses means and methods of corporate and contract regulation in support of ethical norms and standards in business environment. The newest best practices of major international and Russian corporations that proved to be most efficient are being emphasized.

Currently, companies actively support the application of the concept of corporate social responsibility (CSR), but are guided by different values and expectations. The increased number of CSR reports published has given rise to discussions about the motivation of managers behind their publication, as well as the veracity of the information presented in these reports. Understanding the determinants of corporate governance associated with obtaining an independent assessment of reporting can affect the further dissemination of standards for non-financial reporting and the development of services provided by consulting and auditing companies. The paper reveals the dependence of the decision to evaluate the CSR report by third parties and compliance with GRI standards on corporate governance factors.

Over the past few decades, the concept of corporate social responsibility (CSR) has been growing exponentially, and this suggests that this topic and its impact on the financial performance of the company, on its financial condition is becoming more relevant and, as a result, deserves closer attention of researchers. The relevance of the CSR problem is due to the fact that the rules that are required from business as a participant in the processes of production and consumption, oblige organizations to take into account the social and environmental areas of activity. In such circumstances, firms are beginning to find ways to combine social, economic and environmental performance in order to maintain competitiveness. The purpose of this work is to study the impact of corporate social responsibility on the financial performance of companies and identify the relationship between them. The results of the study show that there is a significant positive relationship between CSR and return on equity, as well as return on assets of the company. However, it is proved that the share price can not depend on whether the company follows the principles of CSR or not.