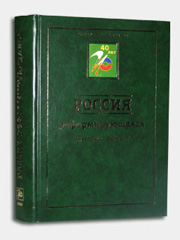 In the year of 2018, the Internet is no more a wholesome phenomenon, but when recognised as a subject of studies, becomes similar to a teenager having already gained a certain independence. It understands its communication with other people but still wants to change the whole interaction system in order to nd its own place. At least, this is exactly the impression we receive: the impres sion of an ambitious object of study, of a misunderstood one. In this issue we offer you an occasion to think about different scenarios of the relationship between studies on the Internet and classic social sciences approaches. We do not focus on methodological issues, but on the Internet in its being an object of studies and a scienti c problem. We focus on studies on the Internet that accumulate knowlege about the Internet as a social phenomenon, being also an internation al and indisciplinar area of research. So cial sciences are represented in this case by sociology and anthropology, as well as other ones such as mediastudies, stud ies on sciences and technologies (STS), social geography etc.