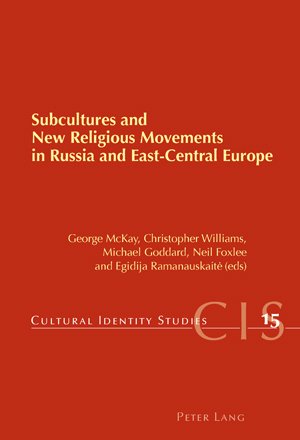 The resurgence of religiosity in post-communist Europe has been widely noted, but the full spectrum of religious practice in the diverse countries of Central and Eastern Europe has been effectively hidden behind the region's range of languages and cultures. This volume presents an overview of one of the most notable developments in the region, the rise of Pagan and "Native Faith" movements. Modern Pagan and Native Faith Movements in Central and Eastern Europe brings together scholars from across the region to present both systematic country overviews - of Armenia, Bulgaria, the Czech Republic, Hungary, Latvia, Lithuania, Poland, Romania, Russia, Slovenia, and Ukraine - as well as essays exploring specific themes such as racism and the internet. The volume will be of interest to scholars of new religious movements especially those looking for a more comprehensive picture of contemporary paganism beyond the English-speaking world.

The article explores the 16-th century lawsuit in Paris University. If we look for the causes of future collisions in the 1586 court hearings, then we should speak more generally about the conflict between the Theology and Art Faculties, between the dean and the Rector, or between the Sorbonne and Navarra colleges. Latent rivalry, hitherto shadowed by struggle against the ‘common’ enemies, such as the Protestants, Jesuits, royal encroachments on academic privileges and property (such as Pré-aux-Clercs), the attempts to carry out a radical college reform, would boil over into an open conflict in the mid-17th century. Weapon in all these conflicts was University history. The author scrutinized the lawers’ arguments as the building materials for inventing traditions of Paris University.

The article covers different variants of language interaction in the modern world – from code-switching to borrowings – resulting from the language contacts (bilingual and multilingual) and reflecting sociocultural changes during the globalization period. Forms and mechanisms for interaction of the Russian and German languages and the formation of sociocultural identity in a multicultural society are analyzed through the example of sociolinguistic situation of the Russian speaking diaspora in Germany.