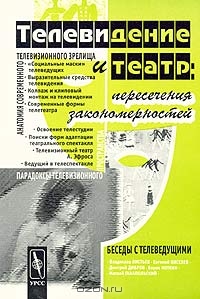 Demand for performing arts: the effect of unobserved quality on price elasticity
Ozhegova A., Ozhegov E. M. Working papers. AWP. ACEI, 2016. No. 05 - 2016.
This paper studies the behavior patterns among the theatre’s attendants in the process of ticket’s purchase. Since the theatre attempts to balance between the high rate of occupancy and the affordable prices for the spectator, the purpose of the study is to reveal the effects of changes in prices on attendance rate on different levels of attendance. This project is conducted conjointly with the Perm Tchaikovsky Opera and Ballet Theater. Data is taken from the sales information system of the theater for four seasons 2011-2012/2014-2015. The data is disaggregated to the level of the seating area and performance and consists of the attendance rate, the set of prices and the performance characteristics. The research explores the determinants of demand using censored quantile regression that accounts for the heterogeneity of effects on different levels of attendance rates and censoring. We have estimated the parameters of demand function and revealed that the aggregated demand is elastic by price, at the same time the elasticity varies across different seating areas. Moreover, demand for the more popular seats and performances expectedly turns out to be the less elastic.
Отечественный телевизионный рынок: возникновение, становление и тенденции развития
Васильев С. А. Мир России: Социология, этнология. 1997. Т. 6. № 1. С. 3-28.
История женщин на Западе: Парадоксы эпохи Возрождения и Просвещения
Edited by: Н. Земон Дэвис, А. Фарж Т. 3. СПб.: Алетейя, 2008.
Representations of the Police in Contemporary Russian Police TV Series
Khitrov A. Humanities. HUM. Basic Research Programme, 2014. No. 41.
Studies of representations of the police are important because they affect what people think about the police as an organization, what people expect from day-to-day interactions with police officers, and how police officers themselves work in the media-saturated context of contemporary Western societies. This study is based on an approach, which does not strictly separate studies of the police as an organization from studies of how the police are represented. In this paper, I formulate a methodological framework for analysing representations of societal and state institutions in TV series, and I use this framework to then answer the question of how the police are represented in contemporary police TV series in Russia. This paper based on a single-case semiotic study of a popular Russian TV series called Glukhar’. I consider the show’s social and cultural contexts as well as its symbolic structures, such as visual and audial elements and its narrative. I develop a narrative model of the show, argue that the most prominent motif of the show is justification of the police’s illegal actions, and finally build a typology of these justifications. I propose a detailed analysis of two types of justifications and ultimately conclude that the TV show represents the police estranged from the state but not from society. Finally, I argue that my methodological framework can be applied to other TV series in studies, which address representations of societal and state institutions.
Savez-vous… Часть 1
Бартенева И. Ю., Желткова О. В., Левина М. С. Тула: Левша, 2012.
Мифы о советских ценностях на современном российском телевидении
Новикова А. А. В кн.: Теория художественной культуры. Выпуск 14. Вып. 14. М.: Государственный институт искусствознания, 2012. С. 340-358.
Труды НИИР (сборник научных статей)
Вып. 1. М.: НИИР, 2010.
Coverage of Three Tragedies in the Russian Media: Application of the Network Agenda Model
Kazun A. D., Kazun A. Political Science. PS. Высшая школа экономики, 2017. No. WP BRP 48/PS/2017.
December 19, 2016, saw three tragedies simultaneously, that could not go unnoticed by the Russian media: dozens of people died as a result of a surrogate alcohol poisoning in Irkutsk, a Russian ambassador was killed in Turkey, and a terrorist attack took place at the Christmas market in Berlin. In this article using the network agenda theory we analyze how these tragedies were covered by various types of mass media: on 11 federal TV channels, in 1,974 print newspapers, in 34,905 online newspapers and 2,574 blogs. We believe that direct and indirect control of the agenda by the state can be exercised by creating a network of events that will canalize correctly discussions about tragedies. We showed that ties between the tragedy and a network of other acute issues are more important than objective circumstances, such as the number of victims or a geography of the event. The context in which the events were looked at led to greater attention to the killing of the ambassador and less attention to surrogate alcohol poisoning. The Russian mass media paid significantly less attention to the Berlin terror attack, it yet was used as a supplement to the demonstration of importance of the fight against terrorism.
Первые годы телевидения в Восточной Сибири
Шестопалова Е. В. Литера. Вестник факультета филологии и журналистики Иркутского государственного университета. 2005. № 2. С. 138-141.
Современные средства обучения говорению на иностранном языке (на примере французского языка)
Ивлева Е. А. В кн.: Французский язык: теория и практика. Сборник статей. М.: Спутник+, 2011. С. 126-130.
Интернетизация российского телевидения
Тарасенко А. С. В кн.: Журналистика в 2009 году: Трансформация систем СМИ в современном мире. Сборник материалов Международной научно-практической конференции. М.: Факультет журналистики МГУ, 2010. С. 75-76.