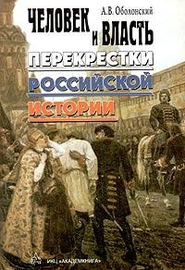 Similar publications
Как объяснить конфликты в российском ритейле: эмпирический анализ взаимодействия розничных сетей и их поставщиков
Радаев В. В. Институциональные проблемы российской экономики. WP1. НИУ ВШЭ, 2009. № 03.
FAST FOOD AS AN ACTUAL FORM OF MODERN GASTRONOMIC CULTURE
Sokhan I. V. Humanities. HUM. Basic Research Programme, 2014. No. 48.
This article analyzes the actual gastronomic practice of fast food. Traditional gastronomic culture is undergoing transformations in the modern world. New gastronomic scares are developing that are related to an inability to predict ingredients in consumed foods. Fast food is neutral on the basis of ethnic gastronomic cultures and is becoming a prevailing eating style. As opposed to fast food, alternative gastronomic practices are becoming more essential. They bear a relation to the establishment of individual patterns, the search for and selection of new diets, care for the information aspect of food, and a need to know its cultural and historical connotations. Those gastronomic practices that appear to reflect the primitive nature of human existence are registering present and future changes in people’s ways of life in a most adequate manner.
Пометы Л.Н. Толстого в трактате Н. Макиавелли «Государь»
Тулякова А. А. Вестник Нижегородского университета им. Н.И. Лобачевского. Серия: Филология. 2013. № 1. С. 294-296.
Левиафан поневоле: захват государства как следствие режимных деформаций
Воробьев А. Н. Политическая теория и политический анализ. WP14. Высшая школа экономики, 2012. № 7.
The presented article continues the series of studies of state characteristics, which are high in topicality at the moment. The attention is paid to the problem of developing the complex approach for examination of the “state capture” phenomenon, based on conventional theories. Author carries out the critical analysis of approaches, reveals the extent of usage of the term and as a result “clarifi es” it. It allows making a revised conceptualization of the “state capture” phenomenon with distinguishing certain stages of the process and minimizing the normative aspect of the theory. The fi nal part of study presents operationalization of the examined phenomenon and its correlation with the access to power and quality of institutions.
Власть и элиты
Т. 6. Вып. 2. СПб.: Социологический институт Российской академии наук, 2019.

The scientific periodical journal "Power and Elites" has been published since 2014. The current Volume 6, Issue 2 is devoted to the issues of political integration, the recruitment of elites, career paths, elites in the space of discourse and symbolic, problems of morality in politics.

Encyclopedia article. The article offers a philosophical and sociological analysis of the concept of power. The author starts from an intuitively reliable definition, according to which power is an asymmetric and stable social relation. Characterization of power as a relation dismisses its substantial definition as a quality, ability or force. The substantial definition turns out to be ineffective in the theoretical perspective because power implies correlation of forces and not simply force. The relation between two agents does not fully describes the power relation since one of the parties is usually backed by superior resources. This fact indicates a stable asymmetry inherent in power. However, this asymmetry is not absolute in its nature: power as a social relation persists only if subordinate party has a relative freedom of action. Thus, the time horizon of power is established: the asymmetry of forces during a power struggle turns into asymmetry during the end of this struggle, which forms, in case of preservation and consolidation of second asymmetry, a third asymmetry that is stable power. The spatial horizon of power is formed not by the bodies of agents but by actions, which are expected within the framework of the relationship. These actions in their turn presuppose motivations. As the social differentiation grows and the communication network becomes more complicated, it would be difficult to understand the motivations of the parties. We might treat the concept of power in many alternative ways: either as a necessary component of social life or as disguised coercion; either as a universal or a specific relation; either as a purely individual relation or as a feature of the relations of different communities; either as an effect achieved in spite of resistance or as an opportunity to achieve an effect enhanced by solidarity. The article concludes with a brief overview of contemporary definitions of power, provided by social theory (M. Weber’s classical definition, post-Parsonian concepts of power by R. Dahl, M. Mann, N. Luhmann and S. Lukes) and political philosophy (H. Arendt).

The article covers basic themes in the conceptual analysis of power: main stages (early, classical, modern), conceptual problems (actual power vs potential power, power as structures vs agents, «power to» vs «power over», intentionality of power, asymmetrical vs balanced power, conflict and ‘zero sum’) and their solutions, current trends in the conceptual analysis of power (multidimensional view of power, synthesis of different approaches, expansion of the concept, blurring the borders between power and non-power) and their practical consequences.

In this article, the author analyzes the process of commemoration occurring in the Lipetsk region. The author reserves the most popular plot commemorations, with the help of which the memory of the past is recorded in the form of memorial plaques.

From the point of view of the author, the commemoration, carried out within the framework of the requirements of the subject of the Russian Federation, is a reflection of the federal policy. In the regional political process the same policy accents are noted as in the memory of the state.

Современный менеджмент: проблемы, гипотезы, исследования : сборник научных трудов
Вып. 1. М.: Издательский дом ГУ-ВШЭ, 2009.
Is Education a Signal on the Russian Labour Market?
Aistov A. Education. EDU. Высшая школа экономики, 2012. No. 5.
This research focuses on estimating the signalling role of education on the Russian labour market. Two well-known screening hypotheses are initially considered. According to first of these, education is an ideal filter of persons with low productivity: education does not increase the productivity of a person, but it does give him the possibility to signal about his innate productivity via an educational certicate. The second of these hypotheses admits that productivity actually does increase during the period of study, but nevertheless the main objective of getting an education is to acquire a signal about one's productivity. Information theory suggests that employees use education signals during the hiring processes whereby employers screen potential employees. Employers and other categories of self-employed workers are usually not screened by the labour market via their educational attainments. Comparison of the returns to education of employees vs. self-employed workers could show the difference between the returns to signals and the returns to human capital. Yet another way to understand the signals is to consider the time dynamics of the returns to education for employees staying in the same firm. This helps us to answer the question about whether the signals are valuable only during the hiring process, or whether they remain valuable during the whole experience with the firm. This research is based on the Mincerian-type earnings functions, estimated on RLMS-HSE and NOBUS data. On the basis of the available information, we cannot say that the returns to signals and human capital differ significantly in Russia. Nevertheless we can say that, for the majority of men, the return to educational signals decreases with time spent in the same firm, while we observe the opposite for women.
Ритуалы в медиатизированном обществе
Черных А. И. Политическая теория и политический анализ. WP14. Высшая школа экономики, 2012. № 03.
Российские дискурсы о миграции: «нулевые годы»
Мукомель В. И. Демоскоп Weekly. 2011. № 479-480.
Политическое управление и культурная политика
Новичков Н. В. Вестник Московского государственного университета культуры и искусств. 2011. № 4. С. 22-30.