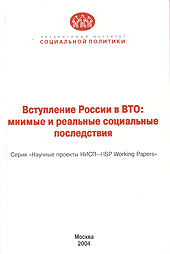 The review covers the WTO report “Can Blockchain revolutionize international trade?” The report studies the multifaceted effects of Blockchain on international trade and its multiple applications. Digitalization of the cross-border transactions as the key effect would be particularly beneficial for the most paper-intensive processes, including trade finance, trade facilitation, trade in services, intellectual property and public procurement. The significant positive and transformative effect of Blockchain on international trade goes without saying, but the author warns against being too enthusiastic on the prospects of the full-size trade digitalization. As this requires enhanced trust between parties of the cross-border transactions, as well as international cooperation and joint efforts to build Blockchain ecosystems, and tackle legal and policy issues.

The article is devoted to the trade war between the United States and China and its possible consequences both for the economies of the two countries and for the world economy as a whole.

In may 2019, there was another escalation of the conflict, when trump accused China of trying to revise the terms of the trade agreement reached during several rounds of negotiations, as well as the desire to postpone the signing of the agreement altogether. As a result, additional duties on Chinese goods worth $200 billion were raised from 10% to 25%. On June 1, China's response began to take effect. Thus, at the moment, trade and economic relations between China and the United States have reached the highest level of tension since the establishment of relations.

The article focuses on the role of the WTO in Sino-American relations, provides a brief analysis of the process of China's accession to this organization, when the Clinton administration promoted it in the hope of increasing exports to China. In addition, disputes between China and the United States within the WTO are considered.

The author analysis the consequences of Trump administration last protectionist measures  in trade with China, EU, Canada. The author has a critical view on the legal basis of US actions, i.e. application of national legislation without taking into account US commitments in WTO. The article emphasizes the categorical rejection of the introduction of duties on metals by the Western partners of the USA. As for the us policy towards China, in the author's opinion, the existing disagreements are unlikely to stabilize bilateral trade relations. In general, the protectionist policy of the trump administration is a real threat to the global trading system and could lead to a total trade war.