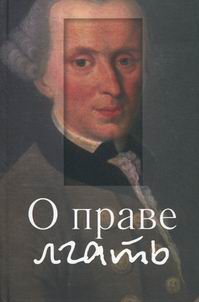 Russian researchers polemics on Kants essay On a supposed right to tell lies from benevolent motives in which Kant argues that if a malefactor (a murderer) who is going to kill a persons friend asks that person where ones friend is, the morality requires to tell the truth. It is proved in the paper that though Kantians are usually considered as absolutists and their opponents - as relativists, the Kantians perform a large-scale relativization of maxim of truthfulness and exhibit more conformity to lie than the relativisits do. Paradoxes A Precious Friend and Kants Generalized Consequence for Many Friends showing inconsistency and contradictoriness of Kantians point of view are introduced. The confrontation of absolutists and relativists is interpreted as a fundamental opposition of reductionism and holism followers, with understanding that in this case the opposition is many times strengthened by confrontation of moral values.