by year
Subject
News
CPD Training of Staff Boosts Self-confidence
There is a significant psychological effect of continuing professional development programmes, i.e. people feel more confident in solving problems. After training, employees note that they cope better with tasks both at work and home.
Researchers Come Up with a New Explanation of Processes that Underlie Working Memory
Researchers from the HSE Centre for Cognition & Decision Making have developed a computational model of working memory and demonstrated the stabilizing effect of gamma oscillations, as well as the importance of fast interaction between the model components. The study results have the potential to become part of a theoretical basis for experiments on improving working memory functions with non-invasive brain stimulation. The study was published in Frontiers in Neural Circuits .
‘If We Can’t Prevent the Robot Invasion, We Should Lead It’
The induction of the MuseNet deep neural network into the Russian Union of Composers in April 2021 has interesting implications—will artificial intelligence edge live performers out of their profession? Evgenia Evpak, composer, teacher at the HSE Faculty of Communications, Media, and Design and graduate of the HSE ISSEK Master’s programme in Governance of Science, Technology and Innovation, believes that humans still have a future in the music industry.
Publications

Assessment Report: Climate change and its impact on ecosystems, population and economy of the Russian portion of the Altai-Sayan Ecoregion

Chapters
Adaptation actions: Observed and Forecasted Climate Change Impacts on Population, Economy and Ecosystem Services
Gerasimchuk I. In bk.: Assessment Report: Climate change and its impact on ecosystems, population and economy of the Russian portion of the Altai-Sayan Ecoregion. M.: WWF Russia, 2011. P. 94-131. 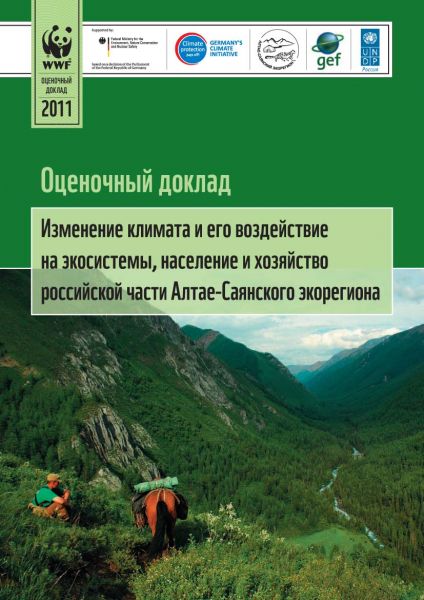 Carbon emissions embodied in Russia’s trade
Makarov I. A., Sokolova A. FIW Working Paper. The Federal Ministry of Science, Research and Economy (BMWFW), 2015. No. 149.
According to current international climate change regime countries are responsible for greenhouse gas (GHG) emissions, which result from economic activities within national borders, including emissions from producing goods for exports. At the same time imports of carbon intensive goods are not regulated by international agreements. In this paper emissions embodied in exports and imports of Russia were calculated with the use of inter-country input-output tables. It was revealed that Russia is the second largest exporter of emissions embodied in trade and the large portion of these emissions is directed to developed countries. The reasons for high carbon intensity of Russia’s exports are obsolete technologies (in comparison to developed economies) and the structure of commodity exports. Because of large amount of net exports of carbon intensive goods the current approach to emissions accounting does not suit interests of Russia. On the one hand, Russia, as well as other large net emissions exporters, is interested in the revision of allocation of responsibility between producers and consumers of carbon intensive products. On the other hand, current technological backwardness makes Russia vulnerable to the policy of “carbon protectionism”, which can be implemented by its trade partners.
16th international multidisciplinary scientific geoconference SGEM 2016 Conference proceedings
Vol. 3: Recycling, air pollution & climate change, modern energy and power sources. Bk. 4: Energy and clean technologies. Wien: 2016.
Население России через 100 лет. Статья вторая
Вишневский А. Г., Андреев Е. М. Демоскоп Weekly. 2004. № 152-153.
Меры по адаптации ‒ наблюдаемое и прогнозируемое воздействие изменения климата на население, хозяйство и экосистемные услуги
Герасимчук И. В. В кн.: Изменение климата и его воздействие на экосистемы, население и хозяйство российской части Алтае-Саянского экорегиона. Оценочный доклад. М.: Всемирный фонд дикой природы, 2011. С. 105-148.

Глобальное изменение климата как вызов мировой экономике и экономической науке
Макаров И. А. Экономический журнал Высшей школы экономики. 2013. Т. 17. № 3. С. 480-499.
Climate change and our future: anticipating trends and challenges using media data
Mikova N. Science, Technology and Innovation. WP BRP. National Research University Higher School of Economics, 2016. No. 65/STI/2016 .
This paper proposes a multidisciplinary approach to understanding the future perspectives of climate change. First, it analyzes the possibilities of using the media as an information source for anticipating trends and challenges in this area through exploring the topics that have been actively discussed in the news in the recent 5 years. Second, qualitative and quantitative approaches are combined in this study in order to identify trends of different categories: social, technological, economic, environmental, political and values/culture. It allows integrating the results of trends monitoring obtained from qualitative and quantitative sources and create a complex map of trends. Qualitative approach is based on the literature review and consultations with the experts, while quantitative analysis includes collecting the news from Factiva database and processing it in Vantage Point software using bibliometric analysis, natural language processing, statistical analysis and principal component analysis. The results shown that 58% of trends were validated by the news and its contribution to the final trends list accounts for 25% on average, which means that the media can be considered as a useful additional data source for validating and updating trends. The results of this multidisciplinary study can be of interest to researchers, economists, business representatives and policy makers that are involved in the climate change related activities.
ВТОРОЙ ОЦЕНОЧНЫЙ ДОКЛАД РОСГИДРОМЕТА ОБ ИЗМЕНЕНИЯХ КЛИМАТА И ИХ ПОСЛЕДСТВИЯХ НА ТЕРРИТОРИИ РОССИЙСКОЙ ФЕДЕРАЦИИ
Минин А. А., Семенов С. М., Корзухин М. Д. М.: Росгидромет, 2014.

Single Mothers in Russia - Household Strategies for Coping with Poverty
Lokshin M., Popkin B. Policy Research Working Paper. WPS. World Bank Group, 2010. No. 2300.
The authors describe trends in single parenthood in Russia, examining factors that affect living arrangements in single-mother families. Before economic reform, single mothers and their children were somewhat protected form poverty by government assistance (income support, subsidized child care, and full employment guarantees). Economic reform in Russia has reduced government transfers, eliminated publicly subsidized pre-school care programs, and worsened women's opportunities in the labor market. The loss of government support has eroded family stability, and left single mothers at increased risk of poverty. Over the last decade, the proportion of households headed by women has increased rapidly, raising the risk of poverty. Single-parent families now represent nearly a quarter of all Russian households. Using seven rounds of data from the Russian Longitudinal Monitoring Survey, the authors investigate how household living arrangements, and other factors, affect income in single-mother families. They find that a single parent with more earning power, and child benefits is more likely not to live with relatives. But single mothers are increasingly choosing to live with other adults, or relatives, to survive, and to raise their children in times of economic stress, and uncertainty. Half of all single mothers in Russia live with their parents, their adult siblings, or other adult relatives. Help from relatives is important to single-mother families, and that help - including the sharing of domestic and childcare duties - is more efficient, and productive when the single parent lives with the family. The other half live in independent residences, and face increased risk of poverty.
Роль США в противодействии глобальному изменению климата
Макаров И. А. США и Канада: экономика, политика, культура. 2012. № 4. С. 101-117.