Treatise examines Parisian lawyer Raoul Spifam (1556), containing a comprehensive reform plan, including a large place given the transformation of urban space and the municipal government of Paris. 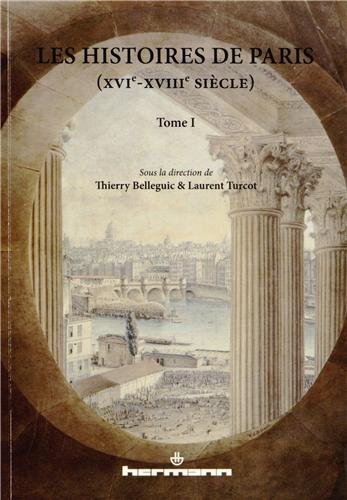 Treatise examines Parisian lawyer Raoul Spifam (1556), containing a comprehensive reform plan, including a large place given the transformation of urban space and the municipal government of Paris.

Collusion and Corruption: an Experimental Study of Russian Police
Belianin A. V., Kosals L. Исследования по экономике и финансам. WP9. Высшая школа экономики, 2015
Corruption, i.e. regular abuse of public office for private gains, draws substantial attention of researchers in many disciplines. Our paper adds to the experimental literature on corruption a novel experiment on corruption-at-the-top among the real Russian police officers of senior middle rank as experimental subjects (apparently the first study of that kind), which is contrasted to that of ordinary citizens (students in economics). Our experimental design explicitly takes account of the peculiarities of the Russian case during police reform, as well as social and institutional constraints facing anticorruption policies. We fi nd that taking bribes, and especially defending against possible checks of corruption, is quite common to Russian police officers, yet even more typical is their readiness to contribute towards the decrease of the likelihood of this anti-corruption check, even if this contribution leads to private losses. Another typical feature is increased volatility of the frequency and scale of bribery among the police offi cers (as contrasted to ordinary citizens) when measures aimed at fighting corruption are introduced. We discuss robustness of these findings, as well as their implications for anti-corruption policy.
Конструирование проблем насилия в полиции и “исправительных” колониях в российской блогосфере
Игнашин В. А., Ясавеев И. Г. В кн.: XV апрельская международная научная конференция по проблемам развития экономики и общества: в 4-х книгах. Кн. 4. М.: Издательский дом НИУ ВШЭ, 2015. С. 122-130.

Cooperating with the State: Evidence from Survey Experiments on Policing in Mosscow
Noah Buckley, Frye T., Gehlbach S. G. et al. Political Science. PS. Высшая школа экономики, 2012. No. 09.
What factors affect citizens’ willingness to cooperate with the state? We explore this question through a study of citizens’ willingness to report crimes to the police, one of the quintessential forms of cooperation with the state apparatus. We develop a “calculus of cooperation” that high-lights three sets of factors that potentially inﬂuence citizens’ incentives to report a crime: beneﬁts of cooperation received only if the crime is solved, beneﬁts of cooperation received regardless of whether the crime is solved, and costs of cooperation. We evaluate the importance of these consid-erations using data from a set of survey experiments conducted in Moscow, Russia in December 2011. We ﬁnd that citizens’ willingness to cooperate with the police is inﬂuenced by the nature and perpetrator of the crime but not by material rewards, appeals to civic duty, or the time required to report a crime. These results suggest skepticism about the ability of governments to easily engineer cooperation with the state.
Representations of the Police in Contemporary Russian Police TV Series
Khitrov A. Humanities. HUM. Basic Research Programme, 2014. No. 41.
Studies of representations of the police are important because they affect what people think about the police as an organization, what people expect from day-to-day interactions with police officers, and how police officers themselves work in the media-saturated context of contemporary Western societies. This study is based on an approach, which does not strictly separate studies of the police as an organization from studies of how the police are represented. In this paper, I formulate a methodological framework for analysing representations of societal and state institutions in TV series, and I use this framework to then answer the question of how the police are represented in contemporary police TV series in Russia. This paper based on a single-case semiotic study of a popular Russian TV series called Glukhar’. I consider the show’s social and cultural contexts as well as its symbolic structures, such as visual and audial elements and its narrative. I develop a narrative model of the show, argue that the most prominent motif of the show is justification of the police’s illegal actions, and finally build a typology of these justifications. I propose a detailed analysis of two types of justifications and ultimately conclude that the TV show represents the police estranged from the state but not from society. Finally, I argue that my methodological framework can be applied to other TV series in studies, which address representations of societal and state institutions.
Современная архитектура мира
Edited by: Н. А. Коновалова Вып. 4. М.; СПб.: Издательство Нестор-История, 2014.
Правоохранительная деятельность в России: структура, функционирование, пути реформирования
Волков В. В., Григорьев И. С., Дмитриева А. В. и др. Ч. 2: Российская полиция в сравнительной перспективе: национальные модели и опыт реформ. СПб.: ИПП ЕУ, 2012.
Легитимация неформальных платежей в глазах сотрудников полиции
Бердышева Е. С. ЭСфорум. 2014. Т. 41. № 5. С. 4-10.
Потребление как агент легкой социальности в городском пространстве
Иванов П. В. Журнал социологии и социальной антропологии. 2011. Т. XIV. № 5. С. 142-147.

This about barrier technologies in urban spaces.