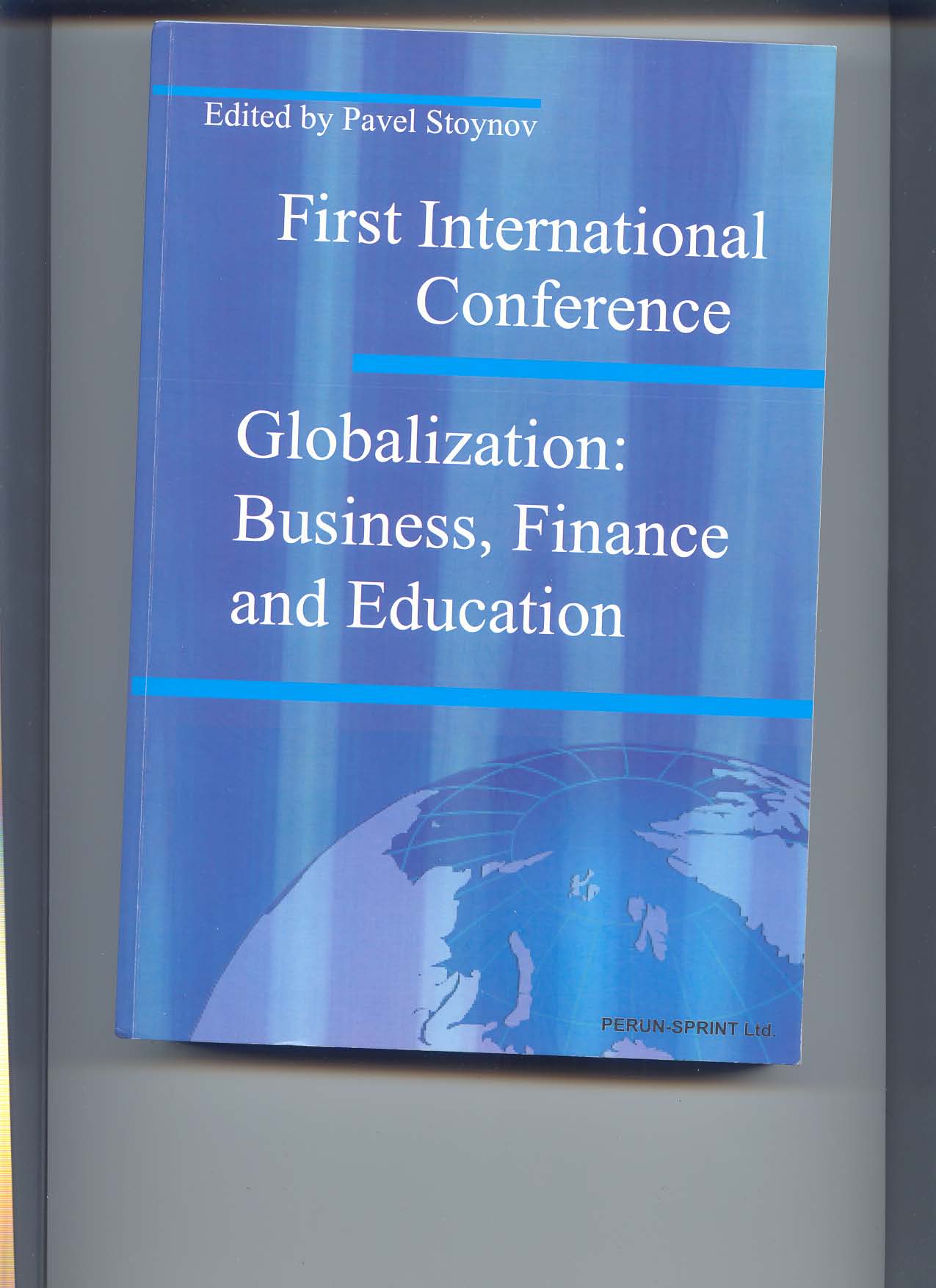 Similar publications
Экономическая активность населения России в 1990-е гг.
Гимпельсон В. Е. Проблемы рынка труда. WP3. Высшая школа экономики, 2002. № 01.
Экономика и управление: проблемы и перспективы развития. Сборник научных статей по итогам международной научно-практической конференции г.Волгоград 15-16 ноября 2010 г.
Ч. 1. Волгоград: Волгоградское научное издательство, 2010.
Russian Firms: Business Environment, Internal Organization and Behavior // In «Russia e Europa dell’Est: Progetti e prospettive di crescite»
Dolgopyatova T. G. Serie di Studi Scentifici. University of Verona: Polo Scientifico Diddattico «Studi sull’ impresa» and Center for International Studies, 2012. No. 1.
The paper studies recent development in organization and behavior of Russian firms against the background of economic growth, the world crisis and post-crisis recovery. The main focus of the paper is a problem of investment, including foreign direct investment as a key determinant of Russian enterprises restructuring and modernization. In the context special attention was paid to description of external economic and institutional conditions for development of Russian firms, and their internal characteristics as stock ownership, corporate governance and behavior. The paper concludes with discussions of post-crisis prospects and economic policy matters.
What Determines Trust? Human Capital vs. Social Institutions: Evidence from Manila and Moscow
Nye J. V., Androuschak G., Desierto D. et al. Economics. EC. Высшая школа экономики, 2012. No. 18.
It is now well established that highly developed countries tend to score well on measures of social capital and have higher levels of generalized trust. In turn, the willingness to trust has been shown to be correlated with various social and environmental factors (e.g. institutions, culture) on one hand, and accumulated human capital on the other. To what extent is an individual’s trust driven by contemporaneous institutions and environmental conditions and to what extent is it determined by the individual’s human capital? We collect data from students in Moscow and Manila and use the variation in their height and gender to instrument for measures of their human capital to identify the causal effect of the latter on trust. We find that human capital positively affects the propensity to trust, and its contribution appears larger than the combined effect of other omitted variables including, plausibly, social and environmental factors.
Обновляемый образовательный ресурс "Экономическая школа НИУ ВШЭ"
2012.
Business under crisis: to start or to discontinue? (The case of Russia)
Alimova T. A., Chenina A., Chepurenko A. In bk.: Theory of Entrepreneurship: new results and prospects (Research papers). M.: 2011. P. 6-42.
Перспективные направления исследований в области бизнес-информатики: Материалы XI международной конференции
Edited by: E. Babkin. Nizhny Novgorod: Higher School of Economics in Nizhny Novgorod, 2012.

National Research University – Higher School of Economics (Moscow) and author has been researching the leasing market of Russia for 18 years. Particular attention in the article presents the dynamics that characterizes the development of market in the country by value of new contracts, the largest leasing portfolios, calculated author of segmental structure of the leasing market and regional structure. This article presents the results of the econometric analysis of the relationship of the value of new contracts with the amount of advances, terms of contracts and lease rate per cent. Exploring the structure of financing of leasing operations, the author has developed a new approach to determining leverage leasing projects.

Global Legal Pluralism: A New Way of Legal Thinking
Antonov M. Law. LAW. Высшая школа экономики, 2013. No. 10.
The subject matter of this article is the terminology which is used in contemporary law and sociological jurisprudence to denote changes in legal regulation. Among the most fashionable terms are those of globalization and pluralism. In the author’s opinion, these two terms indicate diverse phenomena and have different tasks. Pluralism is a concept allowing the description and explication of various legal facts, institutions, relations which are not generally recognized in state-centered theory of law. Globalization is a common name for the distinctive characteristics which distinguish the present-day Western civilization from other civilizations. The amalgamation of these two different aspects into one set of methods and ideas inspired by the need to explain modernity does not lead to the formation of a new methodology or of a scientific conception. Rather globalization talks about plurality in contemporary law having another function – to describe the changing mentality, new ways of legal thinking which are growing in the Western world. These changes have repercussions in many fields of science, i.e. in a new understanding of such traditional concepts as sovereignty.
Наука, образование и бизнес как агенты формирования гражданской идентичности
Санина А. Г. Известия Уральского федерального университета. Серия 1: Проблемы образования, науки и культуры. 2010. № 5(84). С. 7-13.