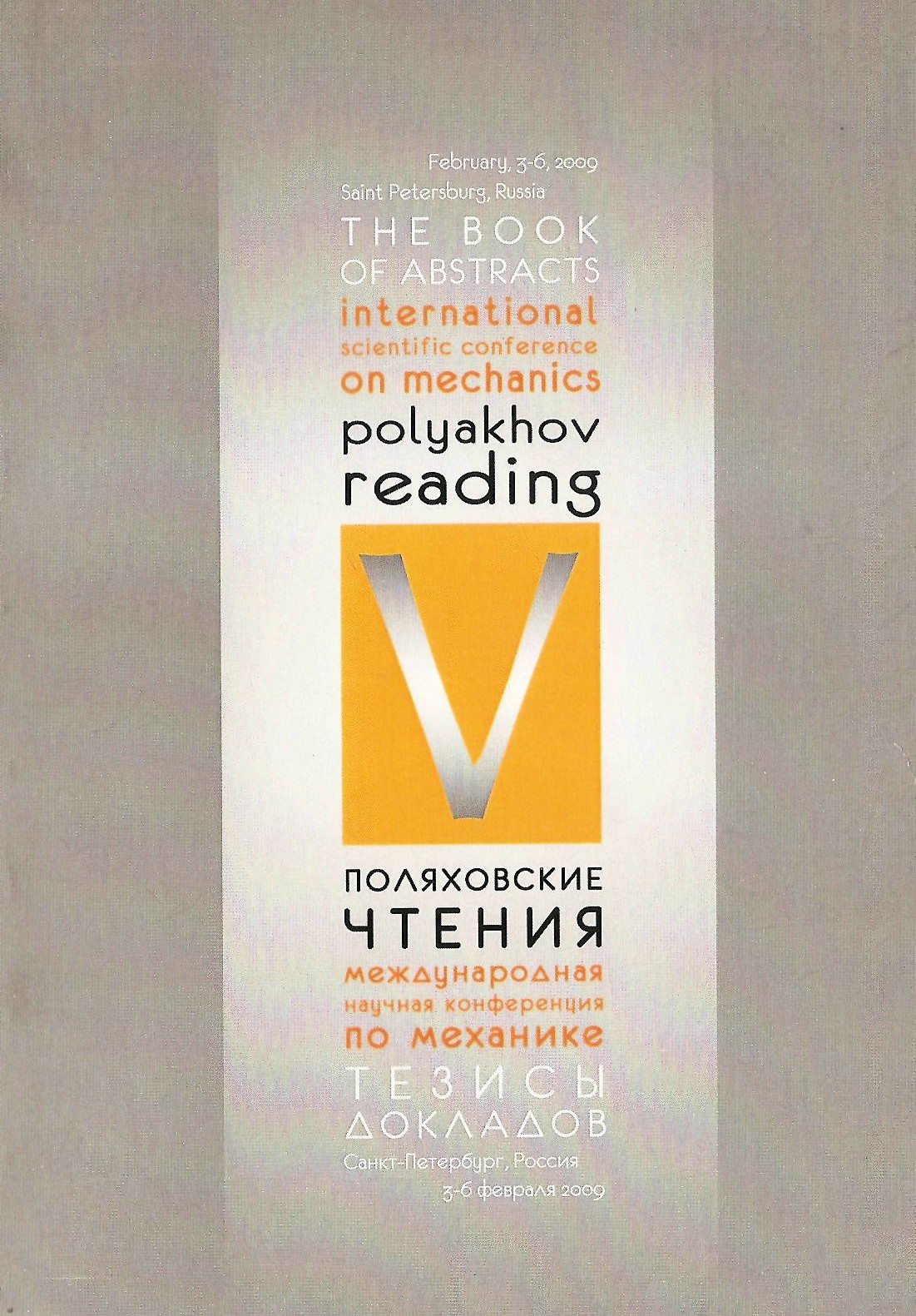 The volume contains extended abstracts of reports at the International Conference «Shell and Membrane Theories in Mechanics and Biology: From Macro- to Nanoscale Structures» (SMT in MB-2013) held in the Belarusian State University. The papers deal with modern problems of the shell and membrane theories and their applications in Mechanics, Biology, Medicine, Industry and Nanotechnology.  The book is of interest for researches, post-graduate and master students working in different branches of Mechanics, Biomechanics and Nanomechanics.

A motion problem for material points embedded in a standard three-dimensional sphere $S^3$ is considered in terms of classical mechanics. In particular, spherical analogs of Newton’s laws are discussed.

A mathematical model is proposed to analyze the spinal strain-deformation condition resulting from axial and lateral g-loads that are generated by changes in the gravity field and/or pilot’s actions during high-performance aircraft maneuvering under flight overload conditions. An algorithm of solution has been developed, which takes into account changes in the intervertebral disk pressure and the fibrous ring shape at the time when loading reaches close-to-critical g-values. Calculation of the spinal-strain deformation condition was implemented using the SPLEN computer system (KOMMEK, Russia). Analysis of the spinal straindeformation condition was made for two types of external loads: normal load and unilateral load with the bending moment. Maximum permissible loads on the spinal segment were evaluated, and a pattern of distribution of strain intensity and mean strains, spinal deformation, and the destruction field was described. The developed computer models can be used as a basis for developing a technique of predicting characteristic spinal injuries due to different extreme loads and pathologies.