The book is devoted to the folklore tradition of the Belarusian-Russian ethno-cultural and linguistic borderland. Materials recorded in the course of 2013-2019 expeditions are published. In Velizhsky district of Smolensk region, Zlynkovsky district of Bryansk region, Sebezhsky district of Pskov region, as well as in Cherikov and Krichevsky districts of Mogilev region and Rossonsky district of Vitebsk region. Vitebsk region, Republic of Belarus. For centuries this territory has been a hub of interethnic, inter-confessional and inter-regional interaction, which has contributed to the formation of a special identity of local residents. On the one hand, they feel themselves as people of the border, and the border is constantly present in their consciousness, on the other hand - as a part of the ethnic and religious community, which is not always easy to define for them; the most frequent self-name is Tuteishi. This situation is vividly reflected in folklore, mythology, and rituals. The book includes legends, stereotypical descriptions of representatives of other ethnic groups and confessions, calendar texts, healing incantations, descriptions of calendar and healing ceremonies, etc. All texts are published for the first time. 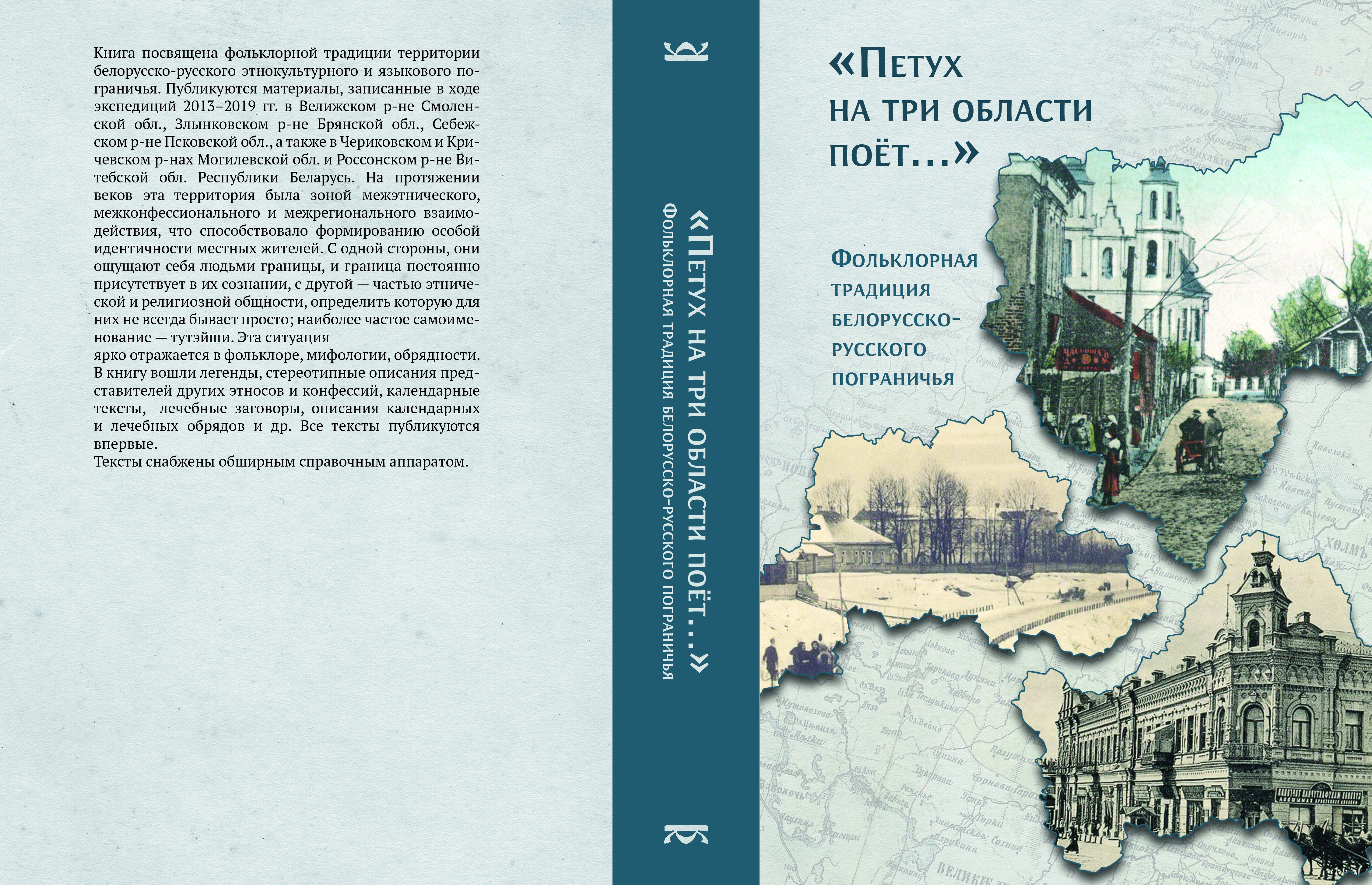