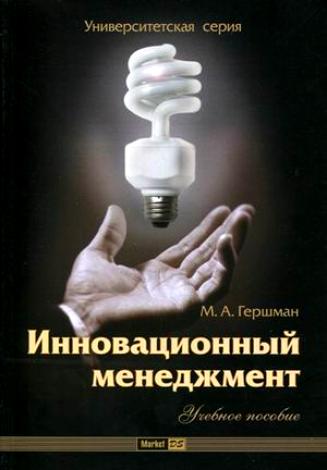 The Relationship between Intellectual Capital Quality and Corporate Performance: An Empirical Study of Russian and European Companies
Shakina E. A., Barajas A. Economic Annals. 2012. Vol. 57. No. 192. P. 79-98.

The purpose of this research is to develop cost-effectiveness tools for the analysis of company’s intellectual resources, in terms of resource-based and value-based approaches. Our study focuses on the evaluation of intellectual capital methods to discover the drivers of company growth. We suppose that the potential effectiveness of intellectual capital resources varies according to different institutional factors. Several statistical methods will be used for the empirical issues in this research, including common cross-sectional and panel data analysis, and the instrumental variables method. The database collected for this purpose will consist of financial and economic indicators underlying the intellectual capital evaluation, such as strategic performance indicators (EVA© and FGV©).The dataset includes companies from different countries and industries according to the Knowledge Economy Index of the World Bank. The industries presented in the dataset are selected according to the predominance of several intellectual capital elements. The database includes financial services, wholesale and retail trade, machinery and equipment manufacture, the chemical industry, and transport and communications. As a result of the empirical research, we expect to answer the following questions:

Is there a close relationship betweenintellectual capital quality and company performance? What are the external and internalfactors affecting this relationship? (country, industry, company size, market dynamics, etc.)
Инновационный менеджмент: оценка рисков инновационного проекта на основе моделирования
Демкин И. В. В кн.: VIII Международная научная конференция. Модернизация экономики и общественное развитие: В 3 кн.. Кн. 2. М.: Издательский дом ГУ-ВШЭ, 2007. С. 588-598.
Обновляемый образовательный ресурс "Экономическая школа НИУ ВШЭ"
2012.
Интеллектуальный капитал в оценке инвестиционной привлекательности компаний
Завертяева М. А. Управление корпоративными финансами. 2012. № 6(54). С. 344-355.
Intellectual Capital Investments: Evidence from Panel Var Analysis
Naidenova I. N., Parshakov P. Financial Economics. FE. Высшая школа экономики, 2012. No. 11.
It is believed that investments in intellectual capital enable a company to create a competitive advantage that results in the ability to earn economic profits and increase company value. However, this influence is reciprocal: Companies that generate more money can invest more funds in intellectual capital. The aim of this study is to use vector autoregression (VAR) to analyze the return on investments for companies in tangible and intellectual assets. This instrument allows us to take into account both the lag effect and the mutual influence of intellectual capital components.
Foresight Evaluation: Lessons from Project Management
Makarova E. A., Sokolova A. Management. MAN. Высшая школа экономики, 2012. No. 01.
The aim of this paper is to identify ways for improvement of the Foresight evaluation framework on the basis of analysis and systematisation of accumulated experience in the field of project management. The paper is based on a detailed literature review related to an evaluation of Foresight and traditional projects. The comparison of evaluation approaches allows to provide recommendations for Foresight evaluation framework improvement. The elements which can enrich Foresight evaluation process are the following: the development of an evaluation model; the extensive use of quantitative methods; the elaboration of evaluation scales; the inclusion of economic indicators into evaluation; and the provision of more openness and transparency for evaluation results. Given the importance of Foresight evaluation procedures and the lack of a commonly applied methodological approach, the value of this paper consists in identifying a Foresight evaluation framework and enriching it with elements of project management.
Макроэкономическое обоснование антикризисного управления организациями
Березовский Д. С. Вестник Московского государственного университета печати. 2011. № 2.
Особенности инновационной деятельности малых предприятий
Липатников В. С., Лобас А. С. В кн.: Экономика и управление: Сборник научных трудов. Ч. 3. СПб.: Издательство СПбГУЭФ, 2012. С. 44-51.
Intangible-driven value creation: supporting and obstructing factors
Shakina E. A., Molodchik M. HSE Working papers. WP BRP 24/FE/2013. National research university Higher School of Economics, 2013
This study investigates the factors that support or obstruct market value creation through intangible capital. We explore the impact of intangibles and exogenous shocks on corporate attractiveness for investors measured by Market Value Added (MVA). Specifically we analyze relationship between intangible-driven outperforming of companies, measured by Economic Value Added (EVA) and a number of intangible drivers on macro, meso and micro level. We suppose that the process of value creation is confined not only by companies’ performance. It is established in our study that investment attractiveness is affected by intangibles. Our empirical research is conducted on more than 900 companies from Europe and US during the period of 2005-2009. We found out in this study that a company’s experience, size and innovative focus facilitate value creation. An unexpected result was revealed concerning countries’ education level, which appears to be an obstructive condition for intangible-driven value creation. Our findings extend the understanding of the phenomenon of intangible capital and enable the improvement of investment decision-making.
Институт минимальной заработной платы в странах ОЭСР
Вишневская Н. Т. Проблемы рынка труда. WP3. Высшая школа экономики, 2005. № 03.
The paper examines the institute of minimum wage in developed and transition economies and in a number of the developing countries. First of all the institutional mechanism of minimum wage fixing is considered. One of the sections explores the dynamics of absolute and relative levels of minimum wage. The special attention is paid to the impact of the institute of minimum wage on the labour market. The author considers the mechanism of transmission of the minimum wage increases on the employment and unemployment dynamics. The paper also contains the result of the empirical research. The experience of many countries witnesses that large increases in minimum wage levels lead to the stagnation of the employ-ment, especially of the disadvantaged groups. The negative effect is larger for the companies with higher share of labour costs and more active use of unqualified labour, that is small businesses and agricultural enterprises. One of the main conclusions is that the minimum wage is not an effective tool of the poverty reduction as the majority of the recipients live in households of average and upper average income.
Методические рекомендации по оценке эффективности инноваций в строительстве
Четверик Н. П., Постовалова А. А., Максименко А. В. М.: НОСТРОЙ, 2013.
Государственная политика в области ограничения курения: какие меры наиболее эффективны
Засимова Л. С. Вопросы государственного и муниципального управления. 2010. № 4. С. 68-81.