Multilingualism. Proceedings of the 23th Scandinavian Conference of Linguistics 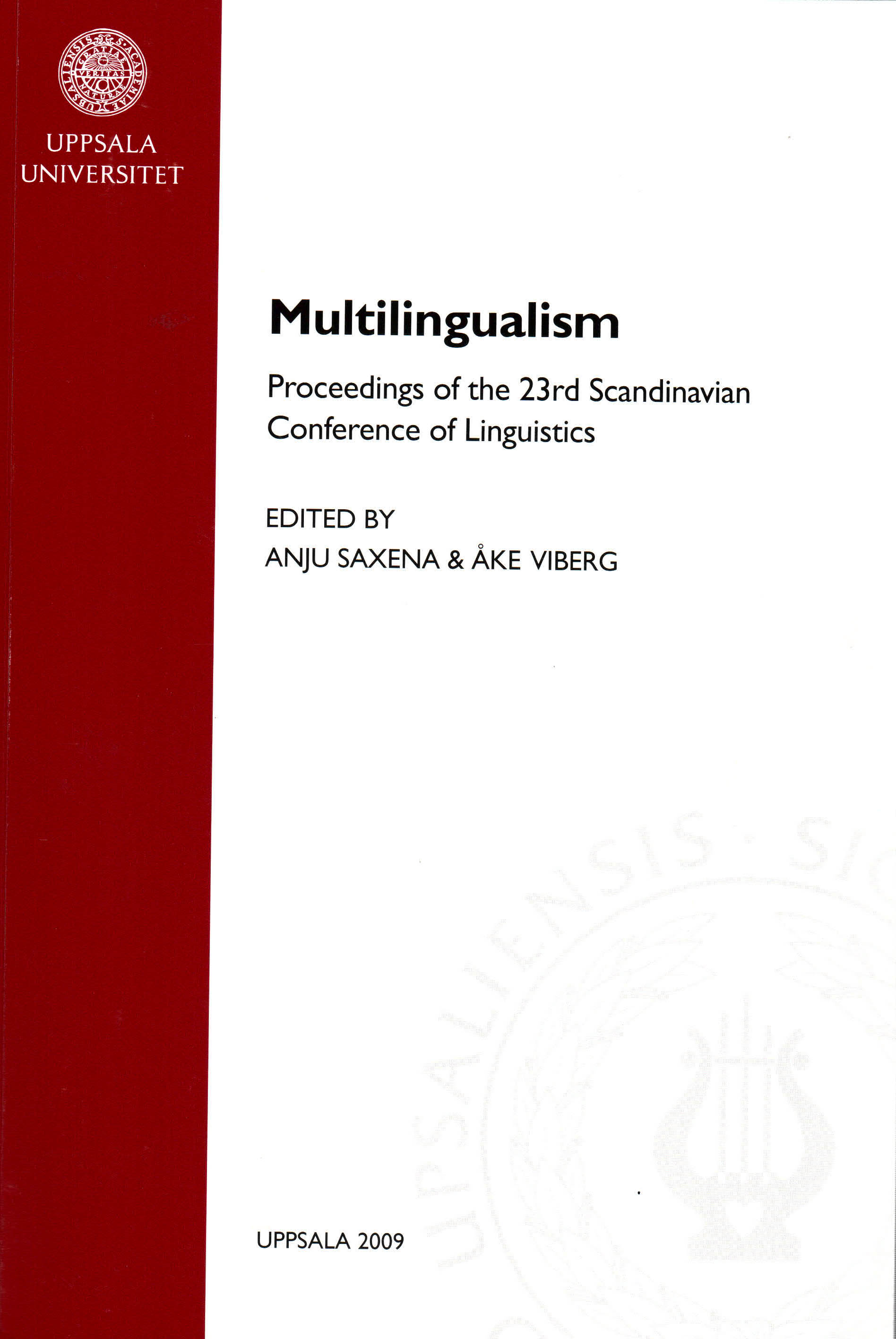 Similar publications
Englishization of Russian and bilingual lexical variation
Rivlina A. A. Linguistics. WP BRP. НИУ ВШЭ, 2013. No. WP BRP 05/LNG/2013.
This paper aims to show that due to the increase in mass English-Russian bilingualism the notion of lexical variation generated by Englishization should not be restricted to the traditionally studied opposition of English loanwords vs. their host language equivalents, but should be broadened to embrace a wider range of Englishized lexical units. This will include borrowings from English, recurrent English-Russian code-switches, and a number of intermediate phenomena between them. This paper argues that there is a tendency for different Englishized lexis expressing the same denotational semantics not to be ousted in the process of assimilation, but rather to be settled in a series of variants which index different contextual information and render different socio-pragmatic connotations, especially in written discourse in various domains. Bilingual lexical variation, one of the most visible trends in modern Russian, testifies to the increase in its Englishization, facilitates the process of further Englishization, and contributes to the formation of Russian English.
Sinn und Bedeutung bei Vladimir Vertlib. Zum Zusammenhang von Mehrsprachigkeit und literarischer Kreativität (Mitverfasserin – T. Smirnova)
Зусман В. Г., Смирнова Т. П. В кн.: Polyphonie – Mehrsprachigkeit und literarische Kreativität. Вена: Praesens, 2010. С. 404-411.

Nowadays the global purpose of a foreign language mastering is considered to be the union with the foreign culture and the participation in cultures dialogue. This purpose is achieved due to the formation of the ability for inter-cultural competence that is acquiring the necessary level of communicative competence. The notion of communicative competence has many aspects and comprises several sub-competencies. One of the most important is considered to be the discursive competence which is the knowledge of various types of discourses and the rules of their construction and also the ability to create and understand them taking into account the communication situation.

Multilingualism in Daghestan
Kozhukhar A. A., Barylnikova D. Linguistics. WP BRP. НИУ ВШЭ, 2013. No. 04/LIN/2013.
This study deals with the phenomenon of multilingualism so common in the areas of a high level of language density. The research was carried out in Daghestan in one of the many spots where languages from several different groups of the East Caucasian family are spoken. Through retrospective interviews (Dobrushina 2013), we investigate whether the ability to speak the language of the neighbors has changed over the last one hundred years.
Rev. of Miller, D. G. (2012). External influences on English: From its beginnings to the Renaissance. Oxford: Oxford University Press.
Volkonskaya M. A. Journal of Language and Education. 2015. Vol. 1. No. 4. P. 81-84.

The paper reviews D.G. Miller's recent book, "External influences on English: From its beginnings to the Renaissance".

The article presents a review of foreign research studies of the possible effects of bilingualism on different aspects of cognitive development of an individual and on the process of the third language acquisition. Such effects are viewed as positive ones by most authors.