Currently, the significant increase can be noticed in the number of consumer products, industrial systems, multimedia systems etc. with high level of MIQ based on Soft Computing and, especially, Fuzzy Logic. Soft Computing technology which represents the combination of emerging technologies such as Fuzzy Logic, Probabilistic Reasoning, Neural Networks, Evolutionary Computing and Chaos Theory is widely used in practice with hybrid intelligent systems. Recently, Soft Computing theory and technology are extensively used in the realm of decision analysis.

We are proud to have the honor of presenting this conference for the tenth time. As a result, we hope to be able to promote further researches in the above mentioned fields. Furthermore, this conference is to give students the opportunity to become familiar with these subject matters.

We would like to thank everybody who participated in the preparation and presentation of this conference. We hope to be able to welcome all participants in the year 2014 for the 11th ICAFS’2014 Conference.

Chapters
Prototype-based Categorization of Structural Complexity Estimates of Simplicial Complexes
Degtyarev K. Y., , in : Proceedings of the 10th International Conference on Application of Fuzzy Systems and Soft Computing (ICAFS-2012). : Kaufering : b-Quadrat Verlag, 2012. P. 27-37.
The material of the present paper is grounded on the holist algebraic method (Q-analysis) proposed by English mathematician and physicist R.H.Atkin. At its core, the approach is aimed at both analysis of systems structures (in the form of simplicial complexes K, which is formed by a set of properly adjoined objects called simplexes) and calculation ...
Research target: Computer Science
Priority areas: IT and mathematics
Language: English
Keywords: математическое моделированиемодели когнитивной психологии 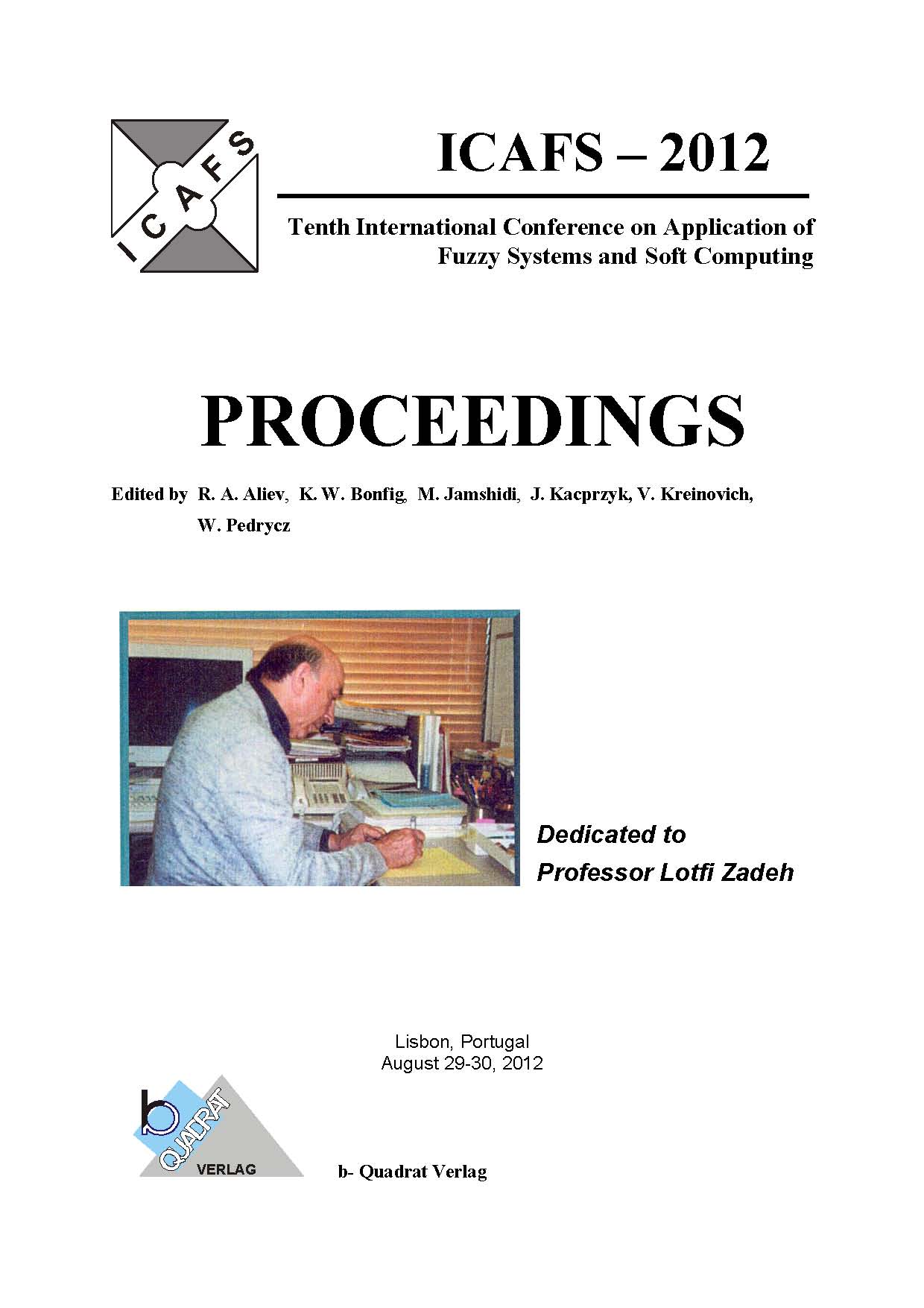