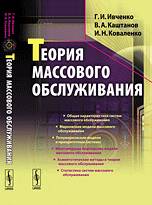 Международная конференция "Применение многомерных статистических методов в экономике и оценке качества"
Мхитарян В. С., Сиротин В. П. Вопросы статистики. 2015. № 03. С. 81-83.
The history, the program and the main results of the conference on multivariate statistics methods and their applications are presented in the paper. Main feature of the conference is the great variety of the discussed issues. Along with scientific research the problems of statistical education were discussed at the round table.
Does Incomplete Information Reduce Manipulability?
Veselova Y. A. Economics. EC. Высшая школа экономики, 2016. No. 152/EC/2016 .
We consider the problem of individual manipulation under incomplete information, i.e. the whole preference profile is not known to voters. Instead, voters know the result of an opinion poll (the outcome of a poll information function π, e.g. a list of scores or a set of winners). In this case, a voter has an incentive to misrepresent his preferences (π-manipulate) if he knows that he will not become worse off and there is a chance of becoming better off. We consider six social choice rules and eight types of poll information functions differing in their informativeness. To compare manipulability, first we calculate the probability that there is a voter which has an incentive to π-manipulate and show that this measure is not illustrative in the case of incomplete information. Then we suggest considering two other measures: the probability of a successful manipulation and an aggregate stimulus of voters to manipulate which demonstrate more intuitive behaviour. We provide results of computational experiments and analytical proofs of some of the observed effects.
Об учителе. Александр Дмитриевич Соловьев
Каштанов В. А. Надежность. 2010. № 2 (33). С. 71-79.
Оценивание параметров моделей финансовых временных рядов со случайным переключением режимов
Силаева В. А., Силаев А. М. В кн.: Системное моделирование социально-экономических процессов: труды 34-й Международной научной школы-семинара. Ч. 2. Воронеж: Воронежский государственный университет, 2011. С. 137-139.
Международная конференция “Теория вероятностей и её приложения”, посвященная столетию со дня рождения Б.В. Гнеденко, с 26 по 30 июня 2012г, Москва
Edited by: А. Ширяев, А. Лебедев М.: ЛЕНАНД, 2012.
The ASEP and determinantal point processes
Olshanski G., Borodin A. arxiv.org. math. Cornell University, 2016
We introduce a family of discrete determinantal point processes related to orthogonal polynomials on the real line, with correlation kernels defined via spectral projections for the associated Jacobi matrices. For classical weights, we show how such ensembles arise as limits of various hypergeometric orthogonal polynomials ensembles. We then prove that the q-Laplace transform of the height function of the ASEP with step initial condition is equal to the expectation of a simple multiplicative functional on a discrete Laguerre ensemble --- a member of the new family. This allows us to obtain the large time asymptotics of the ASEP in three limit regimes: (a) for finitely many rightmost particles; (b) GUE Tracy-Widom asymptotics of the height function; (c) KPZ asymptotics of the height function for the ASEP with weak asymmetry. We also give similar results for two instances of the stochastic six vertex model in a quadrant. The proofs are based on limit transitions for the corresponding determinantal point processes.
О сформированности стохастической компетентности учителя математики
Седова Н. С. Вестник Псковского государственного педагогического университета. Серия: Естественные и физико-математические науки. 2010. № 10. С. 111-126.

This article presents the results of a pilot study assessing the level of formation of a stochastic competence among teachers of mathematics. Besides, the indicators that reflect the competence of formation of stochastic students are identified and ranked in order of importance. Different instruments (questionnaires, tests, assignments) have been used to solve the problem under study.

A form for an unbiased estimate of the coefficient of determination of a linear regression model is obtained. It is calculated by using a sample from a multivariate normal distribution. This estimate is proposed as an alternative criterion for a choice of regression factors.