by year
Subject
News
HSE Neural Interface Technology to Be Introduced in Hospitals
The Federal Brain and Neural Technology Centre at the Federal Medical and Biological Agency is launching the Laboratory of Medical Neural Interfaces and Artificial Intelligence for Clinical Applications, which has been created by employees of HSE University. Read below to find out about the Laboratory and its objectives.
Representatives of More than 30 Countries Took Part in the XXIII Yasin International Academic Conference
The XXIII Yasin (April) International Academic Conference on Economic and Social Development has come to a close at HSE University. In 2022, more than 3,000 participants took part in the event, including 250 registered foreign representatives—almost 10% more than last year.
Russia and Africa: Time to Expand Cooperation
There is major potential for economic and humanitarian cooperation between Russia and African countries. Particularly, Russian organisations and universities can help transfer competencies and knowledge in the fields of agriculture, energy, industrial production, environmental management, climate change, and public administration. Experts and representatives of African embassies in Russia discussed these issues at the round table ‘Russia-Africa Sharing Knowledge’ hosted by HSE University.

The monograph is devoted to the struggle of the state and the church in Russia in the 18th century with forms of deviation from the norms of behavior, which were considered criminal according to secular and ecclesiastical legislation. Successively, the seven chapters deal with prosecutions for extramarital affairs, rape, incest, bestiality, sodomy, marriage violations, and suicide. The problems of the book, based mainly on a wide range of archival sources introduced into scientific circulation for the first time, are at the junction of several areas of historical science -  history of sexuality, history of emotions, history of everyday life, gender history and new social history. 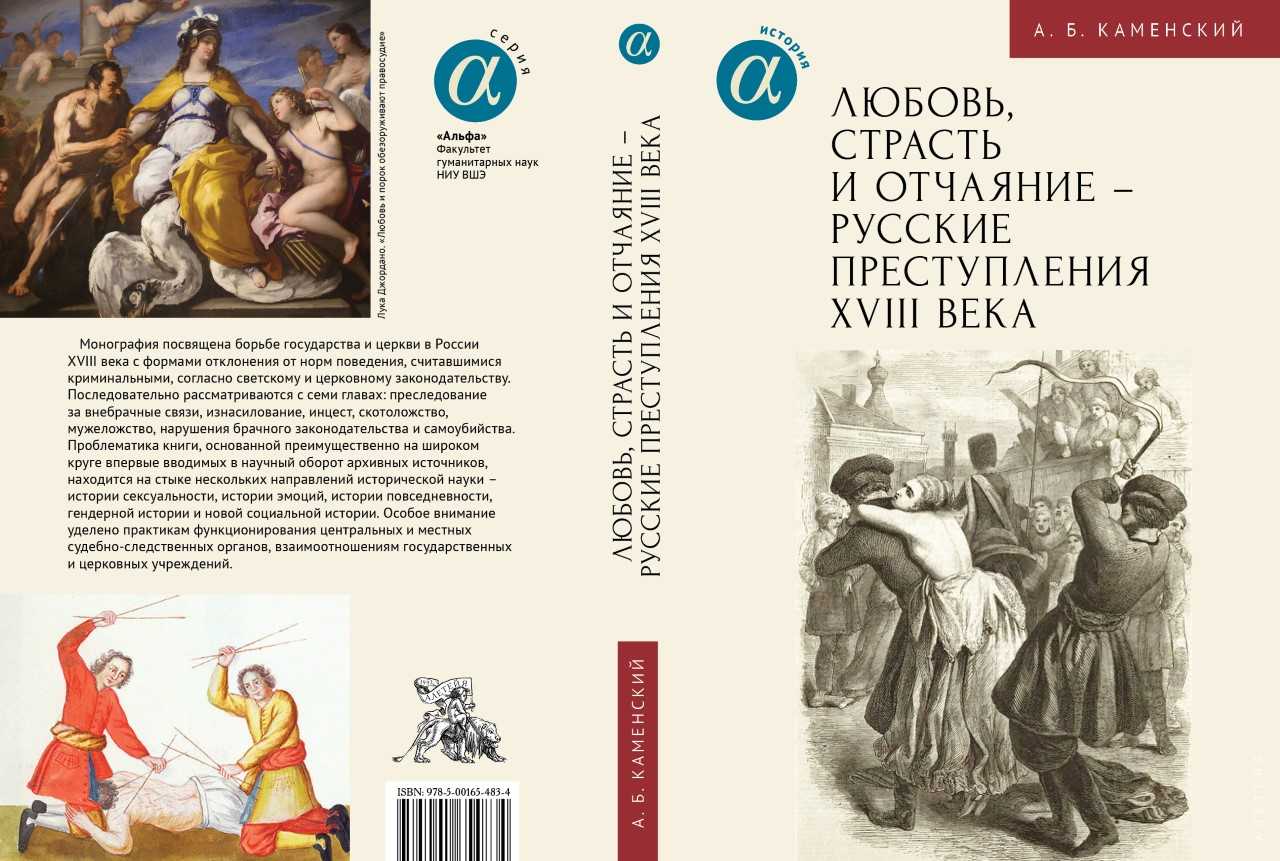