Historians devote a great deal of attention to the diplomacy that led Russia into the Great War, but have tended to neglect the course of this diplomacy once the fighting erupted. This volume addresses that lacuna with a broad range of essays examining the foreign relations of the empire, as well as its republican and early Soviet successors, from the July 1914 Crisis to the end of the Civil War in 1922.

Written by distinguished and emerging scholars from North America, Europe, Russia, and Japan, the essays make abundant use of Russian archival collections, largely inaccessible until the 1990s, to reassess the conjectures and conclusions previously drawn from other sources. While some chapters focus on traditional “diplomatic” history, others adopt new “international history” by placing Russia’s relations with the world in their social, intellectual, economic, and cultural contexts.

Arranged in roughly chronological order, the first volume covers the late imperial period, from 1914 through mid-1916, while the second proceeds through the revolutions of 1917 and the Civil War, up to the end of that conflict in 1922. Together, these books’ comments should foster a renewed appreciation for international relations as a central element of Russia’s Great War and Revolution.

Chapters
The State Duma and Russian Foreign Policy in the Great War
Solovyov K., , in: Russian International Relations in War and Revolution, 1914–22. Book 1: Origins and War, 1914–16. Book 1: Book 1: Origins and War, 1914–16.: Bloomington: Slavica Publishers, 2021.. P. 317-332.
The chapter is devoted to the role of State Duma in the international cooperation at the times of the I World War. The main author's idea was to show the mutual influence of foreign affairs and internal politics of Russia of that time. ...
Research target: History and Archeology
Priority areas: humanitarian
Language: English
Full text
DOI
Keywords: русская революция 1917 годаПервая мировая войнаDiplomacyДипломатияInternational relationsRussian Revolution of 1917Russia's Great War 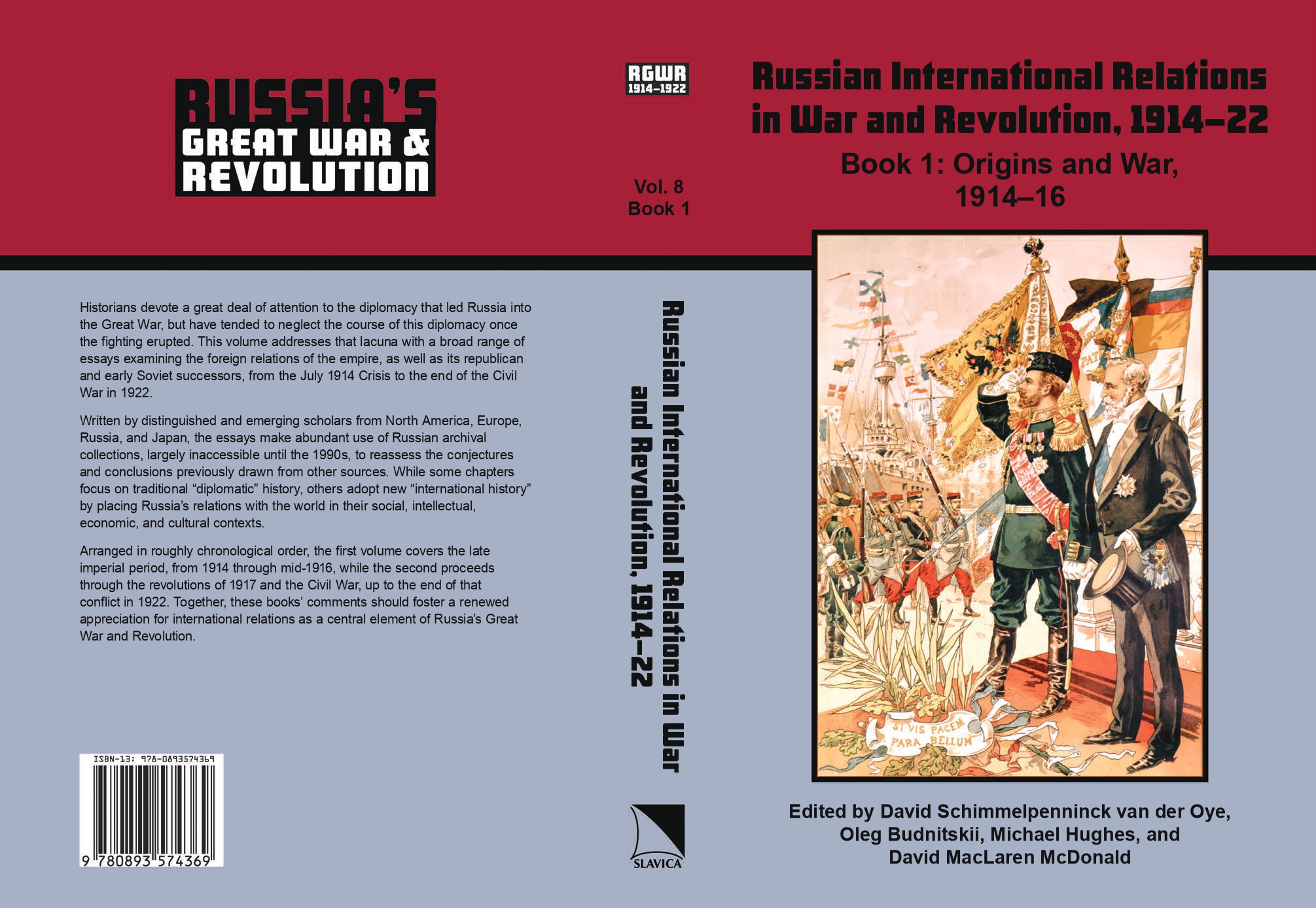