Drawing on the discourse theory of Ernesto Laclau and Chantal Mouffe, as well as its further elaborations in works on populism by Laclau, radical democracy by Mouffe, and social antagonisms by Nico Carpentier, this book analyzes the Ukrainian Euromaidan as a discursive formation that creates social meanings. The results of the discourse analysis presented in the book show how important it is to recognize and problematize the antagonism of progressive social imaginary formulated within the framework of Manichean dualism: “progressive us” vs. “backward them”. The main argument of the book is that by presenting complex social issues as simple dichotomies, the “progressive” discourses of Euromaidan and other social movements in the name of democracy and social justice undermine democracy in its own name by destroying the common symbolic space necessary for communication. To put it in Laclau and Mouffe’s terms, this creates the conditions for “maximum separation”, when two societies appear in place of one, and confrontation between these “societies” becomes fierce, total and indiscriminate. As the Ukrainian crisis demonstrates, such a ferocious discursive confrontation may lead not only to symbolic but also to physical annihilation of each other. The book is addressed to politicians, public figures, political scientists, sociologists as well as for the general audience. 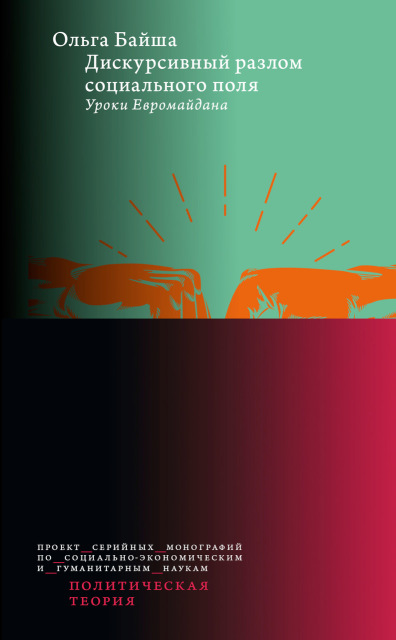