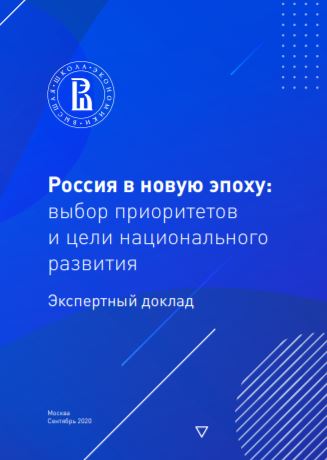 Жизнь без труда или труд во спасение?
Сидорина Т. Ю. СПб.: Алетейя, 2018.
Channels of dialogue between international businesses and national governments : The implications for domestic reforms and international relations in the case of Russia
Yakovlev A. A., Freinkman L., Ershova N. V. Policy Brief. 5/2018. Bank of Finland Institute for Economies in Transition. BOFIT, 2018. No. 5.
We explore the role and organizing capacity of foreign business associations (FBAs) in the Russian context. Considering the potential role of FBAs as effective intermediaries during time of aggravated international relations, the paper examines the problems and mechanisms of foreign firms’ interaction with key national partners in their host countries and describes the conditions that lead to effective dialogue between FBAs and national governments. The main phases and factors of evolution are identified for Russia’s two main channels of foreign firms’ collective actions: The Foreign Investment Advisory Council, which is chaired by Russia’s prime minister, and FBAs. A comparative analysis of the efficiencies of each channel finds that political, rather than economic or institutional, factors play the dominant role in explaining the shifting efficiency of collective action of foreign firms over time.
МОЛОДЕЖНЫЕ СУБКУЛЬТУРЫ В КОНТЕКСТЕ ТРАНСФОРМАЦИИ ИДЕНТИЧНОСТИ ЮЖНЫХ КОРЕЙЦЕВ
Шмакова А. С. Вестник НГУ. история, филология. Новосибирский государственный университет, 2019. â  19.
Abstract This article is devoted to the analysis of the relationship between the formation of subcultures and the flexible identity of South Korean people, which was formed under the influence of modernization and globalization while maintaining the Confucian core of national culture. The special Confucian type of social structure of Korea, developed from the Middle Ages to the present, recognizes the presence of various, sometimes conflicting trends, requiring alternative functioning of cultural filters and mentality, which is favorable soil for the emergence of a large number of groups with different lifestyles and values. In the 1960s in South Korea modernization began which took place on the surface type that is without preparing the basis for such kind of transformation. The rigidity of the political regime within the country, as well as following the political and economic course of the United States and the final rejection of the search for attempts to unite the Korean Peninsula against the background of superficial reform, led to the emergence of a large number of student movements for democracy, reunification and preservation of national specificity. It is in the midst of student movements of 1960-1980s for democratic transformations new subcultures and movements were born. Depending on the symbolism in South Korean society, nowadays one can distinguish subcultures of K-pop fans, underground and hippie, oljang, clubbers, whose members within groups have similar characteristics - a common language, communication network, personal connections, superficial acquaintances, general norms and values, behavior models and forms of relationships. In the long run, Koreans will continue to actively perceive new ideas and patterns, skillfully integrating them into their culture and monetizing them.
The Concepts of Fundamental Laws and Constitution in the 18th Century Russia
Polskoy S. SSRN Working Paper Series. SSRN Working Paper Series. Social Science Research Network, 2018. No. No. WP BRP 169/HUM/2018.
In this article, we attempt to trace the semantic changes two key concepts of the Modern period - fundamental law and constitution underwent at the 18th century and investigates how these European concepts were adapted and used in the Russian political language. The concept of the constitution and fundamental laws in eighteenth-century political discourse had differing connotations: while the constitution was used mainly to describe the form of government, the concept of fundamental laws referred to historically developing legal traditions which have been adopted as norms of political law. The most radical vision of constitution in the 18th century went further than identify it with the fundamental law, demanding that the latter should enshrine the principles of civil rights and liberties of the Nation, and the legal guarantees thereof. However, this radical view, arising at the end of the century, was far from universal, and the discussion around various understandings of this concept was still to continue for many years.
Чужак, заика и наглец: Речевые характеристики персонажей в исландских сагах
Успенский Ф. Б., Литвина А. Ф. Атлантика: Записки по исторической поэтике. Юбилейный выпуск к 80-летию О. А. Смирницкой. 2018. № 15. С. 183-197.
Эффект персонализации современной политики
Гласер М. А. Вестник РГГУ. Серия: Философия. Социология. Искусствоведение. 2017. Т. 10. № 4-2. С. 239-251.