Jews were the second largest ethno-confessional group in the “first wave” of Russian emigration, surpassed only by ethnic Russians. After the Nazi rise to power and especially after the beginning of World War II, the second stage of their wanderings started: from Germany to France, Belgium, Poland, Latvia, and from Europe to the US. Many had to change more than one country of residence in attempt to escape Nazi persecution. Not everyone, however, managed to flee. The present volume contains a voluminous correspondence of Alexis Goldenweiser (1890-1979), a lawyer, publicist, and public figure of emigration. In 1937, he moved from Berlin to New York and became a sort of intercessor in the affairs of Russian Jewish émigrés and a chronicler of their struggle for existence. Mark Aldanov, Iosif Gessen, Oskar Gruzenberg, Grigory Landau, Vladimir Nabokov, other prominent figures of emigration, as well as tens of “ordinary” émigrés were among Goldenweiser’s correspondents. The correspondence, kept at the Bakhmeteff Archive at Columbia University in New York, is a unique source on history of the Russian Jewish emigration on the eve and in the first years of the world catastrophe.

Chapters
Три жизни Алексея Гольденвейзера
Budnitskii O., В кн. : В движении: русские евреи-эмигранты накануне и в начале Второй мировой войны (1938–1941). : М. : Политическая энциклопедия, 2020. Гл. 1. С. 5-54.
The chapter is devoted to the life of lawyer and writer Alexis Goldenweiser, who was born in Kiev, emigrated to Germany in the early 1920s, and then to the United States in the late 1930s. He served as legal counsellor for the Union of Russian Jews in Germany and later as President of the Association of Russian ...
Research target: History and Archeology
Priority areas: humanitarian
Language: Russian
Keywords: Вторая мировая войнаWorld War IIcorrespondence перепискароссийская эмиграцияГольденвейзер А.А.русско-еврейская эмиграцияRussian EmigrationAlexis GoldenweiserRussian-Jewish Emigration
Publication based on the results of:
­­­The Extraordinary and the Routine: the Evolution of Political, Social and Cultural Practices in the "Soviet Century" (2020) 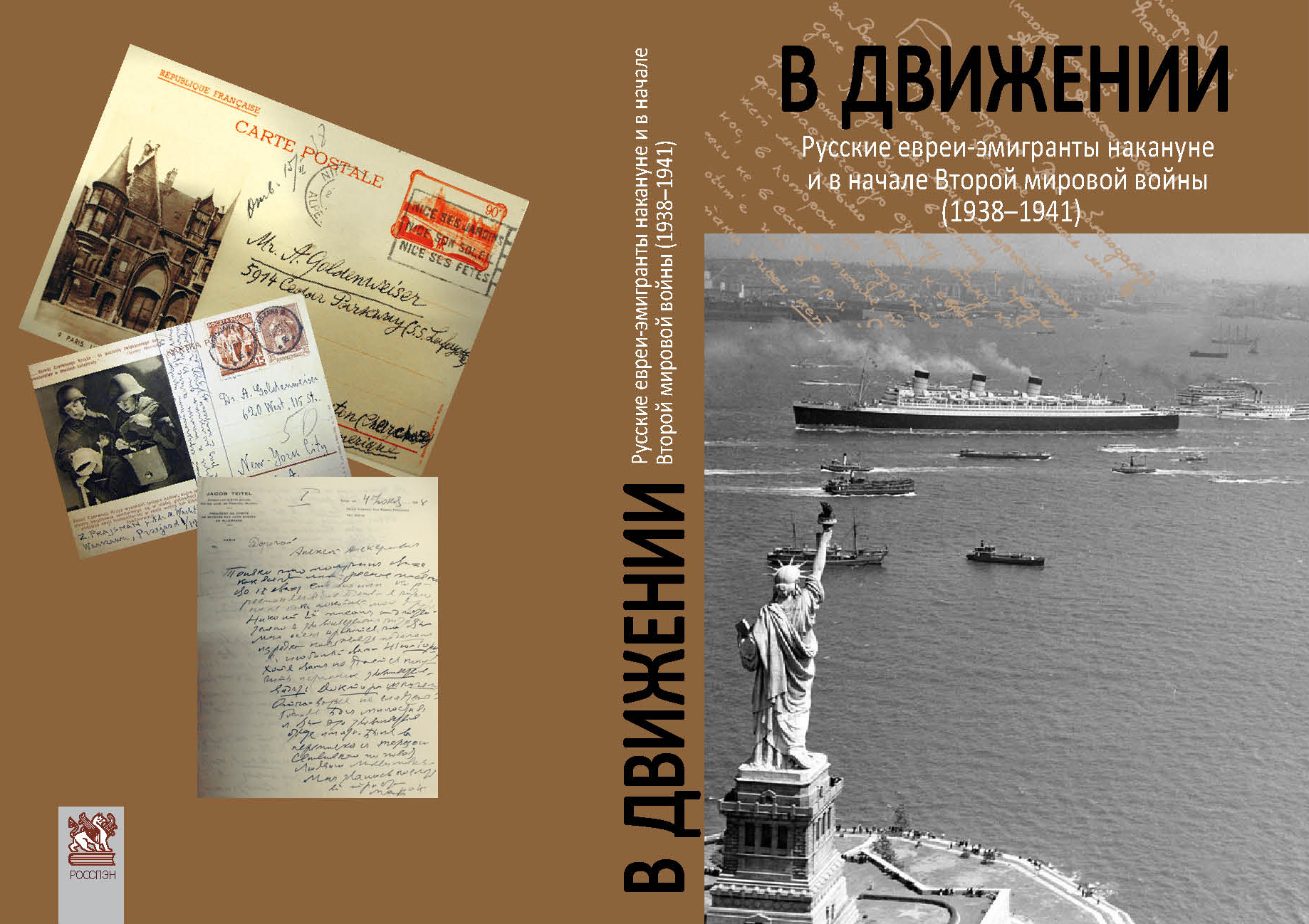