by year
Subject
News
Digital Transformation: How Technologies Transform the Economy and the Social Sphere
The dazzling evolution of digital technologies is changing the face of the economy and the social sphere. Some Russian sectors — such as the manufacturing industry and financial services — are well-aligned with the global trend, while some others are lagging behind, thereby creating risks for the country's economy. A team of HSE ISSEK researchers examined current approaches to measuring digital transformation and focused specifically on its uptake by a few key sectors of the Russian economy and services, benchmarking them against the global situation. The study findings were presented in the report 'Digital Transformation of Industries: Starting Conditions and Priorities' at the XXII April International Academic Conference co-organised by HSE University and Sberbank.
How People’s Behaviour Has Changed in Public Places during the Pandemic
The HSE Centre for Fundamental Sociology has recently held ‘Logica Socialis’, an open social theory seminar. Andrei Korbut, Senior Research Fellow at the HSE Centre for Fundamental Sociology, presented his report entitled ‘COVID-19 as an interactional phenomenon: People’s behaviour in public places during the pandemic’.
Regional Competitiveness Practices to Be Discussed at the TCI Global Conference 2021
On September 15-17, 2021, Kazan will host the 24th TCI Global Conference, one of the main international events in the field of regional competitiveness and cluster development. The conference will be held in cooperation with HSE University.
Publications
Author:
Campus:
Any
Moscow
Saint Petersburg
Nizhny Novgorod
Perm
Sub-department:
Keywords:
Subject:
Priority areas:
▼
Language:
▼
russian  english
Year:
2022
1958
Add a filter
Of all publications in the section: 15
Sort:
by name
by year 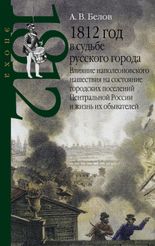 Jews were the second largest ethno-confessional group in the “first wave” of Russian emigration, surpassed only by ethnic Russians. After the Nazi rise to power and especially after the beginning of World War II, the second stage of their wanderings started: from Germany to France, Belgium, Poland, Latvia, and from Europe to the US. Many had to change more than one country of residence in attempt to escape Nazi persecution. Not everyone, however, managed to flee. The present volume contains a voluminous correspondence of Alexis Goldenweiser (1890-1979), a lawyer, publicist, and public figure of emigration. In 1937, he moved from Berlin to New York and became a sort of intercessor in the affairs of Russian Jewish émigrés and a chronicler of their struggle for existence. Mark Aldanov, Iosif Gessen, Oskar Gruzenberg, Grigory Landau, Vladimir Nabokov, other prominent figures of emigration, as well as tens of “ordinary” émigrés were among Goldenweiser’s correspondents. The correspondence, kept at the Bakhmeteff Archive at Columbia University in New York, is a unique source on history of the Russian Jewish emigration on the eve and in the first years of the world catastrophe. 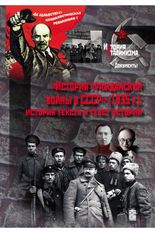 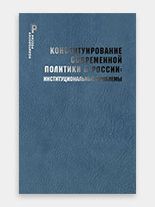 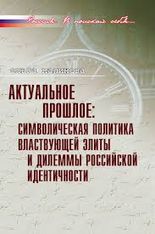 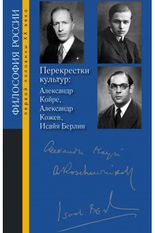 This is a volume of correspondence between Vasily Maklakov (1869-1957) and Mark Aldanov (1886-1957) that took place in the years 1929 to 1957. Maklakov was a defense lawyer, a member of the Central Committee of the Constitutional Democratic Party, a member of the 2nd-4th State Dumas, an ambassador of the Provisional Government to France (1917-1924). After the collapse of the Provisional Government he de facto represented various anti-Bolshevik governments, and later the interests of Russian exiles in France and other countries. Mark Aldanov was a writer and social commentator, one of the most popular writers of the “Russia abroad” and one of the leading Russian historical novelists of the XX century. The correspondence is a unique source on one of the least studied periods of Russian emigration – the post-war period. It contains information on the émigré discussions of attitudes towards the Soviet power, towards the Vlasov movement, and the problem of collaborationism in general, on the activity of various émigré political organizations, and about various prominent figures of the Russian emigration – Ivan Bunin, Alexandre Kerensky, Sergey Melgunov, Boris Nicolaevsky, and many others. The value of this correspondence extends beyond the fact that it is a wonderful source on the history of Russian political thought of the XX century, on the history and culture of the Russian emigration, and history of Russian literature. This is also a shining example of epistolary genre. 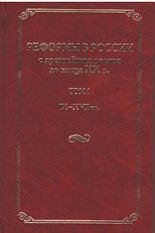 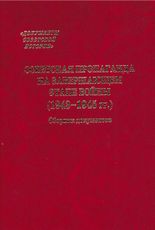 In the second volume of documents on the history of Soviet propaganda during the war years is a collection of material reflecting the activities of the propaganda apparatus and characteristics of the response population for this activity at the final stage and shortly after the end of world war II (1943-1945). Special attention is given to documents that reveal the various aspects of advocacy in the occupied and the liberated territories – as in the USSR and in Europe. Part of archival materials devoted to outreach to other countries, including allies of the USSR in the Second world war, Germany and her satellite countries, Japan, a neutral state. Collected in the volume materials allow us to trace a certain transformation of attitudes and propaganda images at the final stage of the war, to identify key trends, techniques and methods of the Soviet propaganda machine at the front, in the rear of and among the population of different regions of the globe. Included in the book documents help to understand the specifics of the various structures of the apparatus of propaganda, to identify the impact on the advocacy work of the most prominent figures of Soviet Propaganda. 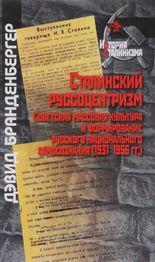