This third edition of Moral Constraints on War offers a principle by principle presentation of the ethics of war as is found in the age-old tradition of the Just War. Parts one and two trace the evolution of Just War Theory, analyzing the principles of jus ad bellum and jus in bello: the principles that determine the conditions under which it is just to start a war and then conduct military operations. Each chapter provides a historical background of the principle under discussion and an in-depth analysis of its meaning. More so than in the previous editions, there is a special focus on the transcultural nature of the principles. Besides theoretical clarifications, each of the principles is also put to the test with numerous historical and contemporary examples. In Part three, Just War Theory is applied in three specific case studies: the use of the atomic bomb against Japan in World War II, the Korean War (1950-53), and the use of armed drones in the "war on terror." Bringing together an international coterie of philosophers and political scientists, this accessible and practical guide offers both students of military ethics and of international relations rich, up-to-date insights into the pluralistic character of Just War Theory. 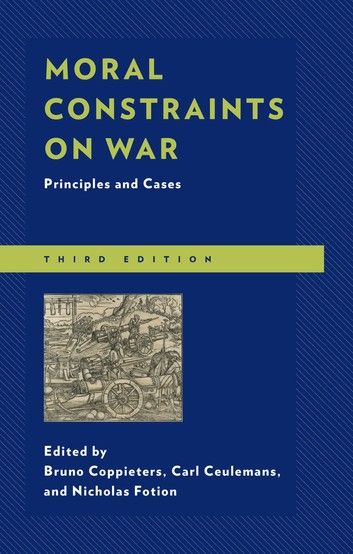