In America today, two communities with sub-Saharan African genetic origins exist side by side, though they have differing histories and positions within society. This book explores the relationship between African Americans, descendants of those Africans brought to America as slaves, and migrants from sub-Saharan Africa, who have come to the United States of America voluntarily, mainly since the 1990s. Members of these groups have both a great deal in common and much that separates them, largely hidden in their assumptions about, and attitudes towards, each other. In a work grounded in extensive fieldwork Bondarenko and his research team interviewed African Americans, and migrants from twenty-three African States and five Caribbean nations, as well as non-black Americans involved with African Americans and African migrants. Seeking a wide range of perspectives, from different ages, classes and levels of education, they explored the historically rooted mutual images of African Americans and contemporary African migrants, so as to understand how these images influence the relationship between them. In particular, they examined conceptions of ‘black history’ as a common history of all people and nations with roots in Africa. What emerges is a complex picture. While collective historical memory of oppression forges solidarity, lack of knowledge of each other’s history can create distance between communities. African migrants tend to define their identities not by race, but on the basis of multiple layers of national, ethnic, religious and linguistic affinities (of which African Americans are often unaware). For African Americans, however, although national and regional identities are important, it is above all race that is the defining factor. While drawing on wider themes from anthropology and African studies, this in-depth study on a little-researched subject allows valuable new understandings of contemporary American society. 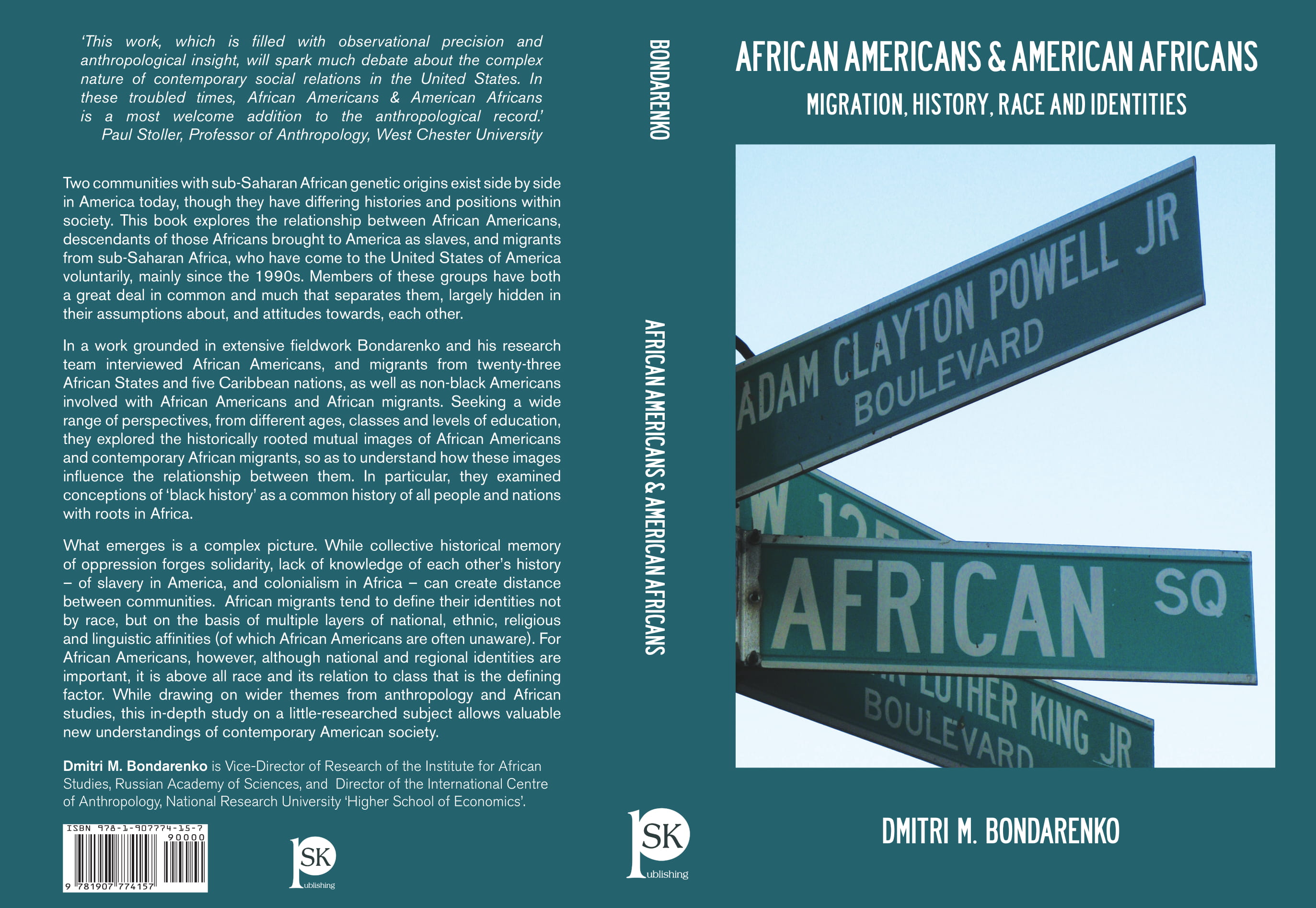