This book is the second publication on manga research in the field of Russian Japanese Studies[1]. It contains articles by Russian and Japanese scholars who discuss various aspects of manga. The book consists of three parts.

The second part illuminates genre of Japanese female comics and researches of leading experts. It includes articles about the history of shōjo manga style and the origins of shōnen-ai genre, an analysis of character “girl dressed as boy”, an investigation of gender studies in manga and also such themes as family problems reflection in Takaya Natsuki’s works and female mode of address in seinen manga.

The third part examines formal elements of manga such as flashbacks.

[1] The first publication “Manga in Japan and Russia: Otaku Subculture, History and Anatomy of Japanese Comics” was released at Moscow in 2015. 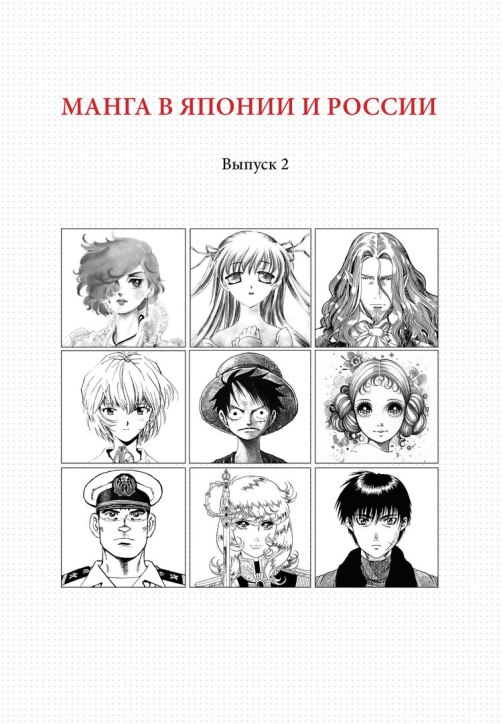