Workers’ Movements and Strikes in the Twenty-First Century. A Global Perspective

While workers movements have been largely phased out and considered out-dated in most parts of the world during the 1990s, the 21st century has seen a surge in new and unprecedented forms of strikes and workers organisations.

The collection of essays in this book, spanning countries across global South and North, provides an account of strikes and working class resistance in the 21st century. Through original case studies, the book looks at the various shades of workers’ movements, analysing different forms of popular organisation as responses to new social and economic conditions, such as restructuring of work and new areas of investment. 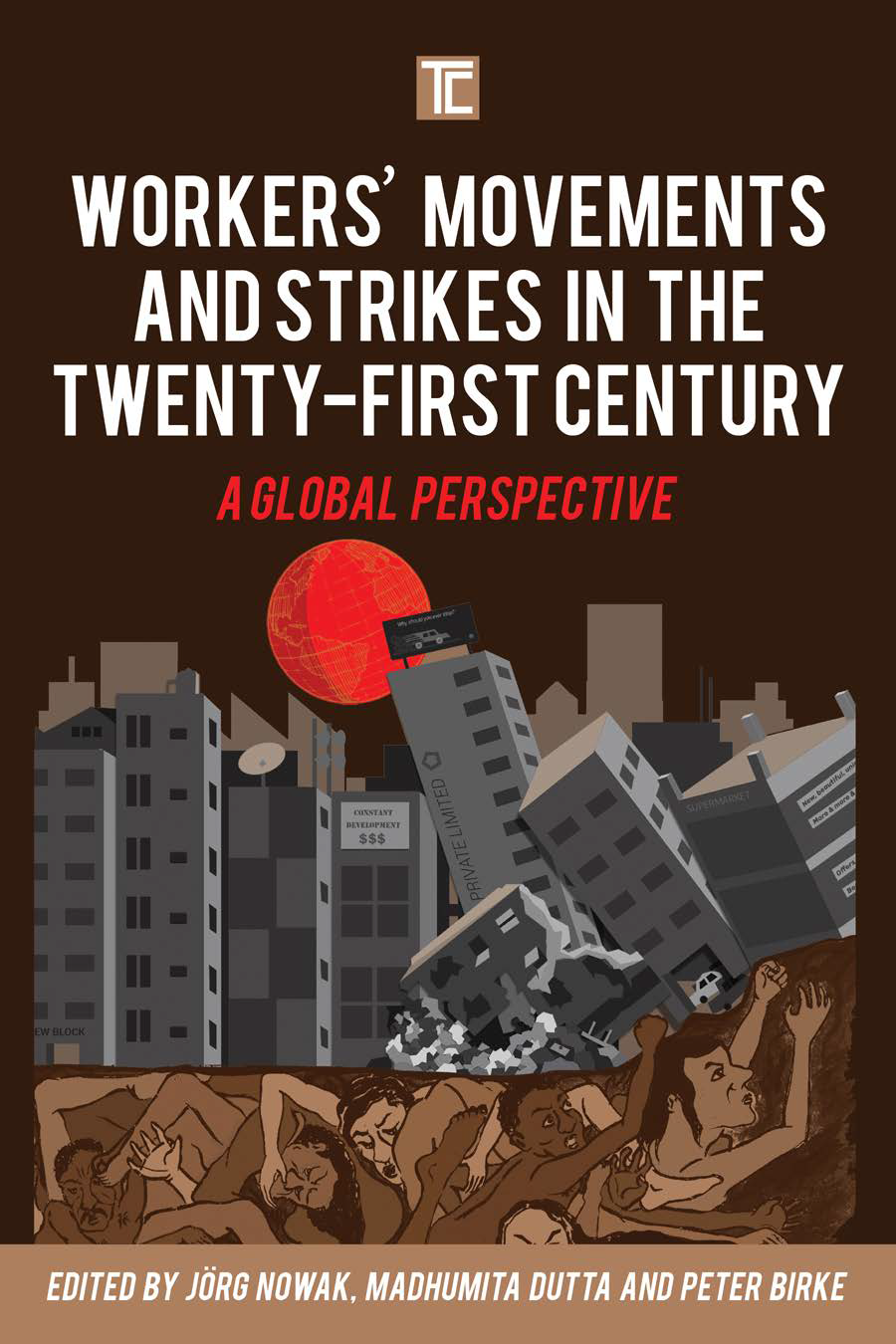 Russian levegislation on the right to collcetive labour disputes resolution and the right to strike is being analysed, along with to practice of it's realizaton. Some aspects of complaince of russian law with the international labour standards on the topic are discussed.

«Hieroglyphs of protest»: Internet Memes and Protest Movement in Russia
Shomova S. Political Science. PS. Высшая школа экономики, 2019. No. 68.
Political Internet meme is an underresearched contemporary phenomenon situated at the interface of digital media and political communication. Regarded as a unit of online transmission of cultural information, such a meme can be considered, on the on hand, as a manifestation of post-folklore, and on the other hand, as a mechanism of political participation and construction of social media users’ collective identity. The article presents the results of investigation into Internet memes generated by protest discourse in Runet (Russian Internet). Examination of a vast amount of Internet content allows drawing conclusions as to the thematic emphases of protest actions represented in Runet’s memosphere and to the specifics of the image of Russian protest as reflected in memes.
Elections, Protest and Trust in Government: A Natural Experiment from Russia
Frye T. M., Borisova E. Web publication. 2342-205X. BOFIT, 2016. No. 9.
How do flawed elections and post-election protest shape political attitudes? Taking advantage of the largely exogenous variation in the timing of a survey conducted in Moscow, we examine the short-term impact of the parliamentary election of December 4th, and the large protest of December 10th on trust in the Russian government. The fraud-marred parliamentary election had little effect on attitudes toward government, perhaps because allegations of vote improprieties were not new information. In contrast, the large protest of December 10th increased trust in government. Heightened trust arises largely from non-supporters of the ruling party updating their beliefs rather than from social desirability bias, a perceived improvement in government performance, or a “halo” effect. This finding is consistent with the view that autocrats can increase trust in government by unexpectedly allowing protest without repression. It also suggests that when evaluating trust in government citizens may cue not off the content of the protest, but off the holding of the protest itself.
Protest and Social Media: Friendship and Communication
Dokuka S., Gradoselskaya G. Social Science Research Network. Social Science Research Network. SSRN, 2014
Online social networking sites are considered as one of the most influential facilitator of many recent social movements. In this paper we investigate both the dynamics of friendship interactions and the structure of communication in protest-related community. We find that offline actions play insignificant role for the dynamics of the structure of a relatively stable protest online community.
Политические перформансы арт-группы «23:59» в дискурсе литературных текстов
Скиперских А. В. Вестник Воронежского государственного университета. Серия: История. Политология. Социология. 2013. № 2. С. 172-176.

In the article on the example of political performances art-group «23:59» from Yelets showing new possibilities of street protests in Russia. Attempting to review the overall political texts by «23:59» allows you to see the close connection with the protest political trend in modern Russia in winter 2011–2012, and also the obvious emphasis on literary sources. That is where art-group recommends looking for answers to pressing questions of the current political agenda.

Непосредственные вопросы
Вып. 1. М.: Некоммерческая исследовательская служба «Среда», 2011.
Персонифицированная легитимность.
Скиперских А. В. Свободная мысль. 2005. № 8. С. 119-203.
Численность и состав российской бюрократии: между советской номенклатурой и госслужбой гражданского общества
Гимпельсон В. Е. Проблемы рынка труда. WP3. Высшая школа экономики, 2002. № 05.
The Legitimacy of the Bolshevik Order, 1917-1918: Language Usage in Revolutionary Russian Law
Borisova T. Y. Law. LAW. Высшая школа экономики, 2012. No. 05.
The article describes and analyzes the legislative politics of revolutionary regimes in Russia in 1917-1918. The author aims to demonstrate the political meaning of the form of early Soviet legislation and its legitimizing effect. The revolutionary legislators often used specific language in the new laws as a vehicle of legitimacy, i.e. to make the people comply. The two main types of legal language used by the Bolsheviks can be interpreted from the perspective of different types of legitimacy. The revolutionary strategy used propagandistic legislation, written in the language of lay people, which urged them to act according to the new law. It can be seen as a request for acts of the people to legitimize the soviets. On the contrary, the traditional strategy employed old bureaucratic means of writing and distributing legislation to the local soviets. The language used by this strategy was closed to the understanding of a lay audience and implied traditions of obeying the law written in familiar legal language, which in turn implied rational/legal legitimacy. The second strategy had already become dominant after the first months of the Bolshevik revolution. This observation demonstrates that from the very beginning of their rule, Soviet leaders approached legislative policy from a technocratic point of view, which determined the further development of Soviet legal theory and practice.
Актуальные проблемы гуманитарных и социальных исследований. Материалы X Региональной научной конференции молодых ученых Сибири в области гуманитарных и социальных наук
Edited by: А. М. Аблажей, Н. В. Головко Новосибирск: Новосибирский государственный университет, 2012.
Право на контрдемонстрации: угроза или индикатор уровня демократии?
Храмова Т. М. Конституционное и муниципальное право. 2012. № 7. С. 10-16.