The collective monograph presents the results of the theoretical and historical-sociological research of the normative grammar of social action as well as the moral infrastructure of social order. The research was based on the in-depth analysis of the relevant mainstream and also rather peripheral ideas and concepts of classical and modern social theory, cognitive science and the ‘new’ sociology of morality. Among the main topics of the monograph are the theoretical re-interpretation of the concept of “norm” in an interdisciplinary perspective, the mechanisms of normative morphogenesis, structures of group and professional morals, and theoretical examination of risk-responsibility link in everyday moral evaluations. In addition, historical-theoretical reconstruction of some classical sociological theories is used for outlining new prospects in theoretical interpretation of the processes of normative change and crystallization and also of the multiplicity of normative systems. The book will be useful to readers in many different fields of social sciences and humanities, including those studying sociology at advanced level. It also will make an immediate appeal to the general reader familiar with contemporary social theory. 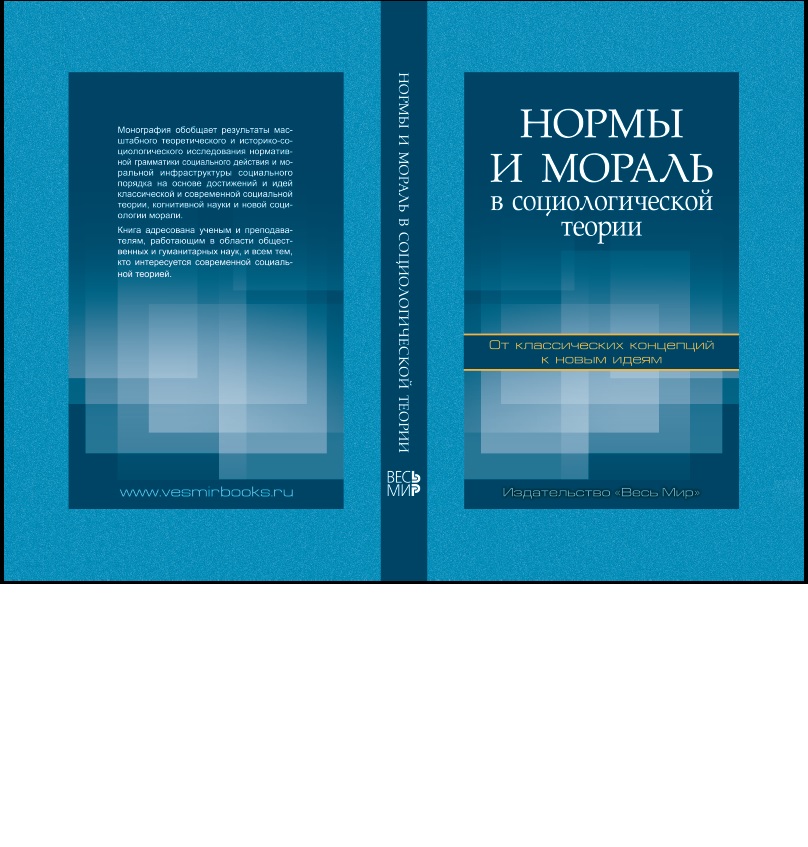