For the first time after D. H. Müller’s pioneering studies of the 1900s, a large body of folklore texts in Soqotri becomes available to the Semitological scholarship. The language is spoken by ca. 100.000 people inhabiting the island Soqotra (Gulf of Aden, Yemen). Soqotri is among the most archaic Semitic languages spoken today, whereas the oral literature of the islanders is a mine of deeply original motifs and plots. Texts appear in transcription, English and Arabic translations, and an Arabic-based native script. Philological annotations deal with grammatical, lexical and literary features, as well as realia. The Glossary accumulates all words attested in the volume. The Plates provide a glimpse into the fascinating landscapes of the island and the traditional lifestyle of its inhabitants. 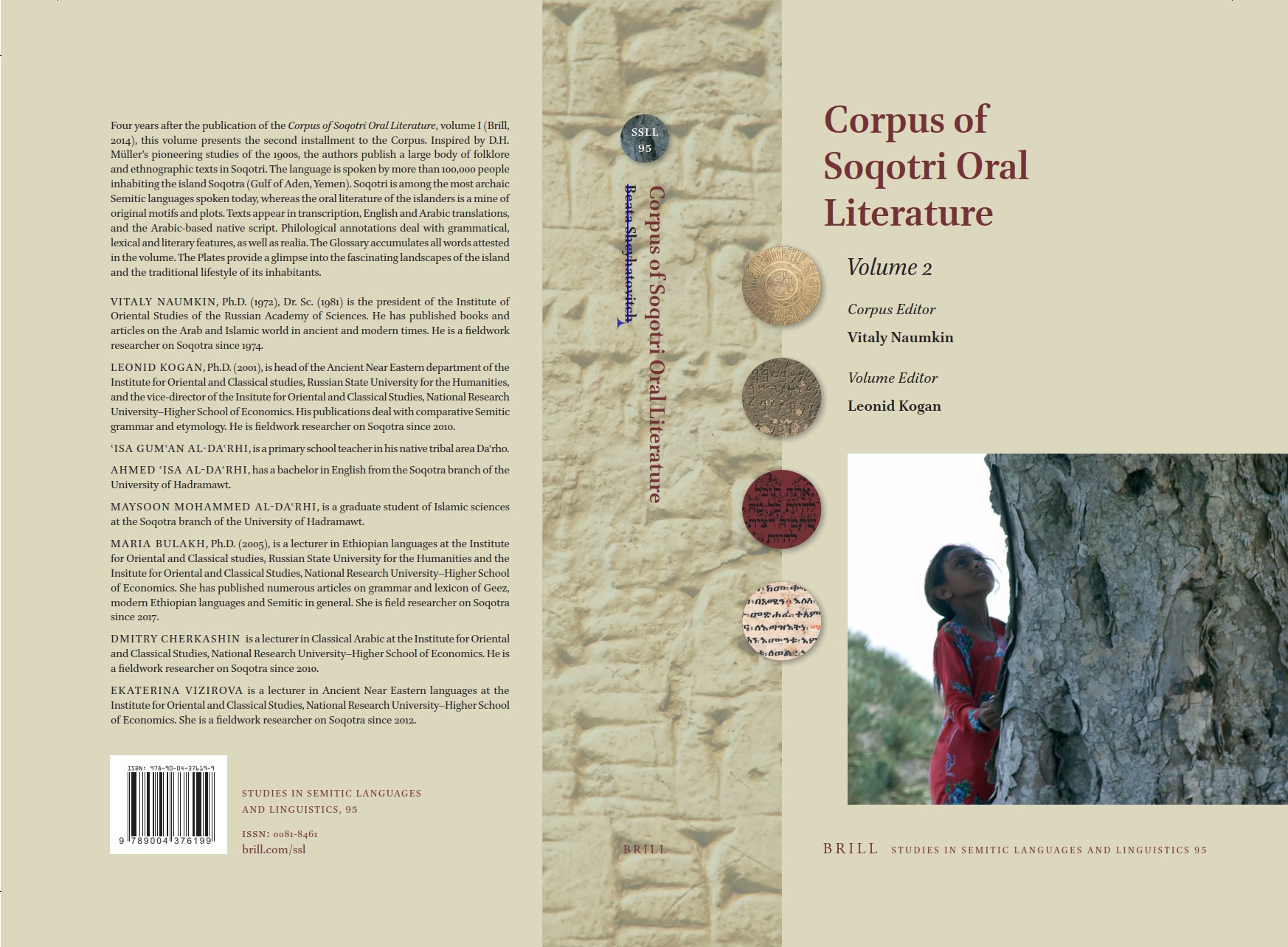