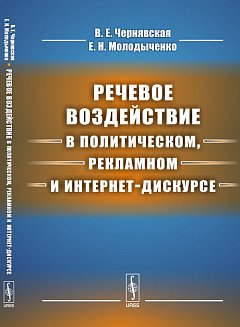 Being a representative of the integrationist approach to the problem of discrimination in the USA, Martin Luther King, Jr. made a number of powerful speeches in front of the African American audience. In them he often alluded to the Bible and Christianity in general as there he found numerous examples of humility and atonement. So this was what M.L.King urged Americans to.

Free Speech in Plato’s Gorgias
Gloukhov A. Humanities. HUM. Basic Research Programme, 2016. No. WP BRP 121/HUM/2016.
As this new reading of Plato’s Gorgias shows, four distinct positions with regard to freedom of speech are introduced in this classical text on the relations between philosophy and rhetoric: two realistic and two logical. The realism of rhetoric poses the key political problem of incommensurability between freedom and justice. The realism of philosophy is able to solve this problem, but only through a mediatory differentiation of two purely logical stands, which might have found direct counterparts in the two dominant forms of political philosophy in the 20th century. One of them is political liberalism, which corresponds to the ‘geometric’ way of argumentation in ‘Gorgias’ and inevitably passes into a theory of normative justice. Another is the mainstream ‘continental’ philosophy, which corresponds to the ‘erotic’ way of argumentation in Gorgias and explores the possibilities of the positive freedom.
Brain mechanisms of persuasion: how 'expert power' modulates memory and attitudes
Klucharev V., Smidts A., Fernandez G. Social Cognitive and Affective Neuroscience. 2008. Vol. 3. No. 4. P. 353-366.

Human behaviour is affected by various forms of persuasion. The general persuasive effect of high expertise of the communicator, often referred to as ’expert power’, is well documented. We found that a single exposure to a combination of an expert and an object leads to a long-lasting positive effect on memory for and attitude towards the object. Using functional magnetic resonance imaging, we probed the neural processes predicting these behavioural effects. Expert context was associated with distributed left-lateralized brain activity in prefrontal and temporal cortices related to active semantic elaboration. Furthermore, experts enhanced subsequent memory effects in the medial temporal lobe (i.e. in hippocampus and parahippocampal gyrus) involved in memory formation. Experts also affected subsequent attitude effects in the caudate nucleus involved in trustful behaviour, reward processing and learning. These results may suggest that the persuasive effect of experts is mediated by modulation of caudate activity resulting in a re-evaluation of the object in terms of its perceived value. Results extend our view of the functional role of the dorsal striatum in social interaction and enable us to make the first steps toward a neuroscientific model of persuasion.

In spite of the fact that the liberalism had a significant history in Russia in the nineteenth and early twentieth centuries its coming back to political practice during perestroika and after the collapse of the USSR should be considered as essentially new stage. At that time the traditions of pre-revolutionary liberalism were essentially “forgotten”, and those who was eager to stand under the liberal banner had to reinvent it almost from scratch. After a short triumph in the very beginning of the 1990s and modest electoral success in mid-1990s liberalism has given up its positions as a political force. Since 2003 the liberal parties has lost representation in the State Duma (a lower chamber of the Russian parliament) which brought their marginalization. In mid-2010s, in the context of crisis in Russia’s relationship with the West caused by annexation of Crimea and war in Donbass the liberals became stigmatized as “pro-Western” and “anti-national” political force which made the revival of liberalism highly problematic.

“Duty” and “Blame” in Russian Official Symbolic Representations of Sovereignty (1994-2018)
Akopov S. Political Science. PS. Высшая школа экономики, 2018. No. WP BRP 61/PS/2018.
This article aims to add to the exiting poststructuralism literature on Russian sovereignty two more dimensions. In the first part of the article we show the evolution of the symbolic representations of sovereignty in speeches of three Russian presidents and make their comparative analysis. The second part of the article highlights issues of “blame” and “moral duty” and to what degree they enable Russian elites to authoritatively claim to be the agent of its people. Analysis of key metaphors of Russian sovereignty is also exploring whether symbolic representations of sovereignty could be considered a Russian version of “state simulacrum”. Based on inductive approach this research explores sovereignty as a discursive practice narrated as part of official political discourse of Russian Federation. We seek to answer who and how is talking about Russian sovereignty, what are symbolic practices and new frames of its articulation. As an empirical base paper uses 1994-2018 Addresses of Russian president to Federal Assembly as well as several other principal text on sovereignty.
Proceedings of International Conference "Plato and Rhetoric", April 2014, Keio University
Keio University, 2014.
Celebrities and shoes on the female brain: The neural correlates of product evaluation in the context of fame
Stallen M., Smidts A., Rijpkema M. et al. Journal of Economic Psychology. 2010. Vol. 31. No. 5. P. 802-811.

Celebrity endorsement is omnipresent. However, despite its prevalence, it is unclear why celebrities are more persuasive than (equally attractive) non-famous endorsers. The present study investigates which processes underlie the effect of fame on product memory and purchase intention by the use of functional magnetic resonance imaging methods. We find an increase in activity in the medial orbitofrontal cortex (mOFC) underlying the processing of celebrity–product pairings. This finding suggests that the effectiveness of celebrities stems from a transfer of positive affect from celebrity to product. Additional neuroimaging results indicate that this positive affect is elicited by the spontaneous retrieval of explicit memories associated with the celebrity endorser. Also, we demonstrate that neither the activation of implicit memories of earlier exposures nor an increase in attentional processing is essential for a celebrity advertisement to be effective. By explaining the neural mechanism of fame, our results illustrate how neuroscience may contribute to a better understanding of consumer behavior.

This book brings together academics and practitioners from a range of disciplines from more than twenty countries to reflect on the growing importance of transparency, power and control in our international community and how these concerns and ideas have been examined, used and interpreted in a range of national and international contexts. Contributors explore these issues from a range of overlapping concerns and perspectives, such as semiotic, sociolinguistic, psychological, philosophical, and visual in diverse socio-political, administrative, institutional, as well as legal contexts.

The collection examines the ways in which 'actors' in our society - legislators, politicians, activists, and artists - have provoked public discourses to confront these issues.

The article deals with articulations of philosophical and literary dimensions in Plato. He was very early defined as the paragon of both philosopher and writer, and praised and criticized by both philosophers and philologists. A long philosophical tradition blamed him for excessive artistry and beauty. But it is obvious that we owe the perfect state of manuscripts of dialogues, as well as their vitality and viability, to their literary qualities.

The book is a study of the academic public presentation and its prosodic aspect.