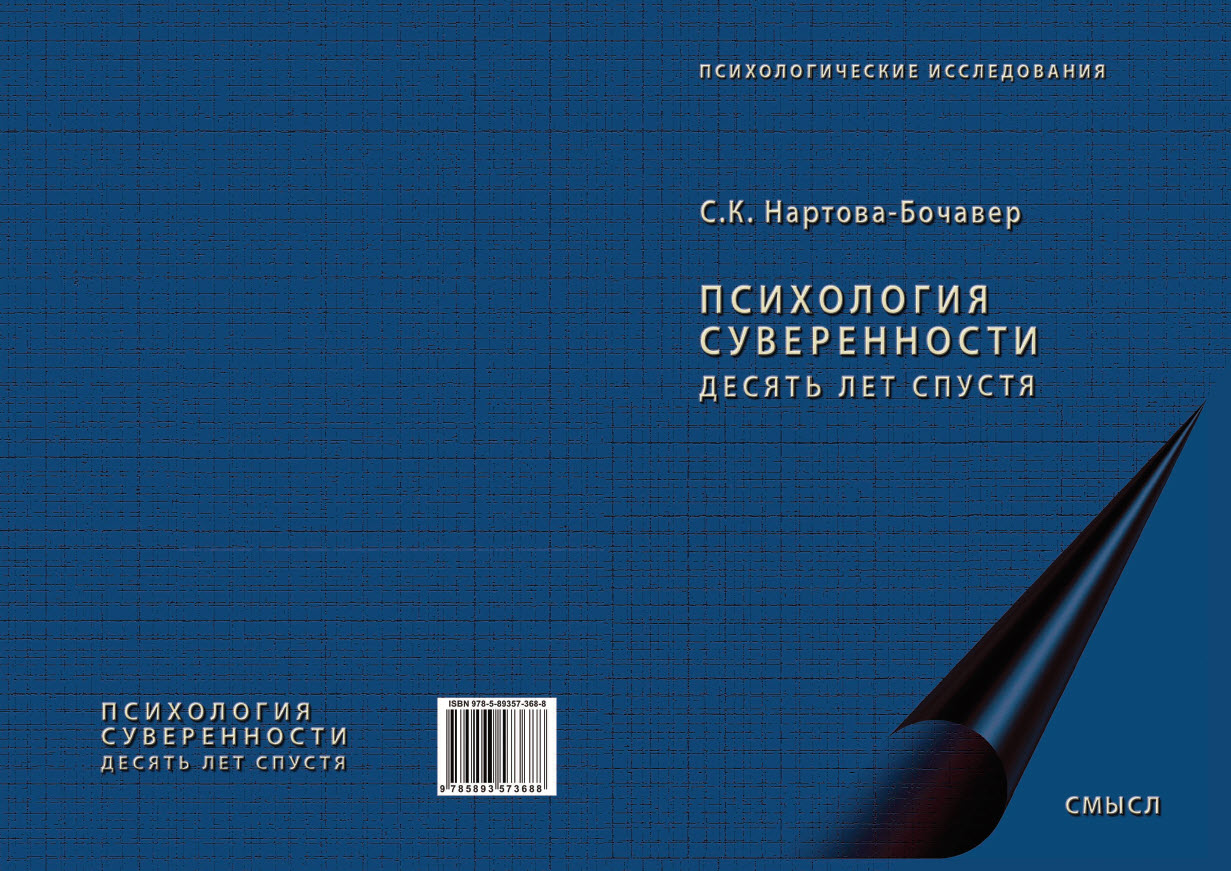 The volume contains papers of the participants of the I International Scientific-Practical Conference "Psychology of relationships in postnonclassical paradigm", which took place 1-15 December 2013.

The “Conversation Partner” Phenomenon in the Dialogical I-Other Relationship
Starovoytenko E. B., Derbeneva A. Psychology. PSY. Высшая школа экономики, 2016. No. WP BRP 69/PSY/2016 .
This paper develops a new approach to study one’s relationships with others, focusing on the conditions and the effects of the dialogical nature of a person. Theoretical modelling, hermeneutics, qualitative and quantitative methods are applied. A solution for detecting the conditions of self-development and social positioning of a person, which are rooted in dialogical I-Other relationships, is suggested. The originality of the paper is found in describing the relation to the other as the I-Other relationship; in the elaborated model that highlights how different dimensions of I-Other relationships (between I and Other, I-in-Other, Other-in-I, I-in-Myself) leads to truly a dialogical mode of being; in revealing the potentials of the Conversation Partner in dialogical I-Other relationships (subjective interrelations and the significance of Conversation Partners, their activity, the fullness of the reflection of significant Conversation Partners); in the description of different “hypostases” of Conversation Partners (real, ideal, imagined, secret, I as Myself) by means of hermeneutics; in the “My Conversation Partner” method; and in the empirical study of existential and social resources of Conversation Partners. The theoretical background of the study is formed by the works of M. Bakhtin, M. Buber, M. Heidegger, J.-P. Sartre, E. Levinas, and by the works of modern psychologists such as G. M. Kuchinsky, A. V. Rossohin, E. B. Starovoytenko, C. T. Brown, P.W.Keller, H. Hermans, F. Rivetti Ваrbo. The results show the potentials of social adaptivity, affiliation, dominating, positive solitude, joy of solitude, freedom, self-transcendence, existential fulfilment are associated with the richness of one's Conversation Partners. A real Conversation Partner is associated with a greater affiliation resource, a secret one with a greater solitude resource, an ideal one with a higher potential to constructively dominate the interaction.
Теория личности А.Ф. Лазурского: от наклонностей к отношениям
Леонтьев Д. А. Методология и история психологии. 2008. Т. 3. № 4. С. 7-20.

The paper analyzes the dynamics of psychological views of Alexander F. Lazurski (1874-1917), the author of one of the first personality theories in the world psychology. In Lazurzki’s work two successive stages can be distinguished, one of them connected with the problem of character as inner individual-typological basis of personality, and the second is characterized by the introduction and intensive elaboration of the idea of attitudes to the outside world as important components of the personality structure. Lazurski’s place in the world psychology of personality is highlighted.

A Model of "Achieving Oneself" in Relationship to the Other
Elena B. Starovoytenko. Psychology. PSY. Высшая школа экономики, 2013. No. 15.
“Achieving oneself” is not a subject of a systematic scientific research in Russian personality psychology. The goal of the current study is to justify the significance of such research in current socio-cultural and scientific context. “Achieving oneself” is understood in this paper as an integral reflectively mediated fulfillment of the I’s potential in leading vital relations hips of a person. The field of study is “the new personology”, the method is hermeneutics. This study offers a reflective model of the I’s potential towards the Other and presents an application of this model to the analysis of the process of achieving one self in a loving relationship.
Event-related Potentials as Correlates of Attentional Resource Allocation in Dependence on Individual Differences
Chernyshev B. V., Lazarev I. E., Chernysheva E. G. et al. Psychology. PSY. Высшая школа экономики, 2012. No. 01.
The nature of interrelations of brain event-related potentials to behavioral measures and temperament dimensions was studied in the situation of attention under the auditory oddball paradigm. Several components of event-related potentials were found to be related to Extraversion, Mobility, Ergonicity and Emotionality. The results are discussed within the framework of the resource model of attention. New putative internal dimensions of temperament are suggested. The data obtained lay the foundation for further psychophysiological studies of attention in the context of individual differences.
Блуждание в трех соснах, или тоска по личности
Зинченко В. П. Человек. 2011. № 4. С. 5-20.