Some Quantitative Methods and Models in Economic Theory

The book, brought to your notice, takes an intermediate place between monographs and textbooks: on the one hand, it contains the known but stated in an unusual way facts, on the other hand, the author brought his own results corresponding to the field of research. It is already obvious from the title that while reading the book, attention and concentration are required, as it is always necessary when studying books with mathematical contents.

Mathematical models and methods in the economic theory are very various: they are econometrics, the game theory, operation research, nonlinear and chaotic dynamics and many other things. The sections placed by the author in the book do not content even a half of all possible aspects. Therefore, material will be interesting only to those who are already familiar with corresponding tasks and to students of all levels specializing in economic dynamics, in decision-making methods, in forecasting effects of management and in the analysis of interaction of economic agents.

As the most interesting and new models of economic dynamics we will emphasize multidimensional nonlinear systems of the differential equations of Lotka-Volterra type. In the book these models have been constructed and analyzed, scopes of their application and various methods of coefficients identification have been offered for them. On their base, the analysis of the competition between various economic agents, i.e. branches of economy, rival companies and sellers in the market has been made: Another unusual to similar monographs fact has become the inclusion of the theory of differential equations with the retarded argument. In the economic theory there are numerous examples of use of models with discrete time (they also have been given attention here) and with the time lags (concentrated or distributed). Such approach gives more adequate models than without lags, but in the differential equations with continuous time the introduction of delay complicates systems and with the growth of delay the qualitative behavior of trajectories is changed: there appear fluctuations; stability is changed by instability, etc.

As the author belongs to the Petersburg mathematical school and he gave this direction of science more than 35 years, the list of references contains many Russian names which can be unknown to western readers. However, the list also includes the world classical scientists who devoted their works to mathematical methods in economics.

In this monograph an attentive reader will find numerous points for the further analysis which can become a subject of publications or theses. In some cases the text is conducted in a polemic manner – the author is always open for discussions and does not consider himself as "the ultimate truth". 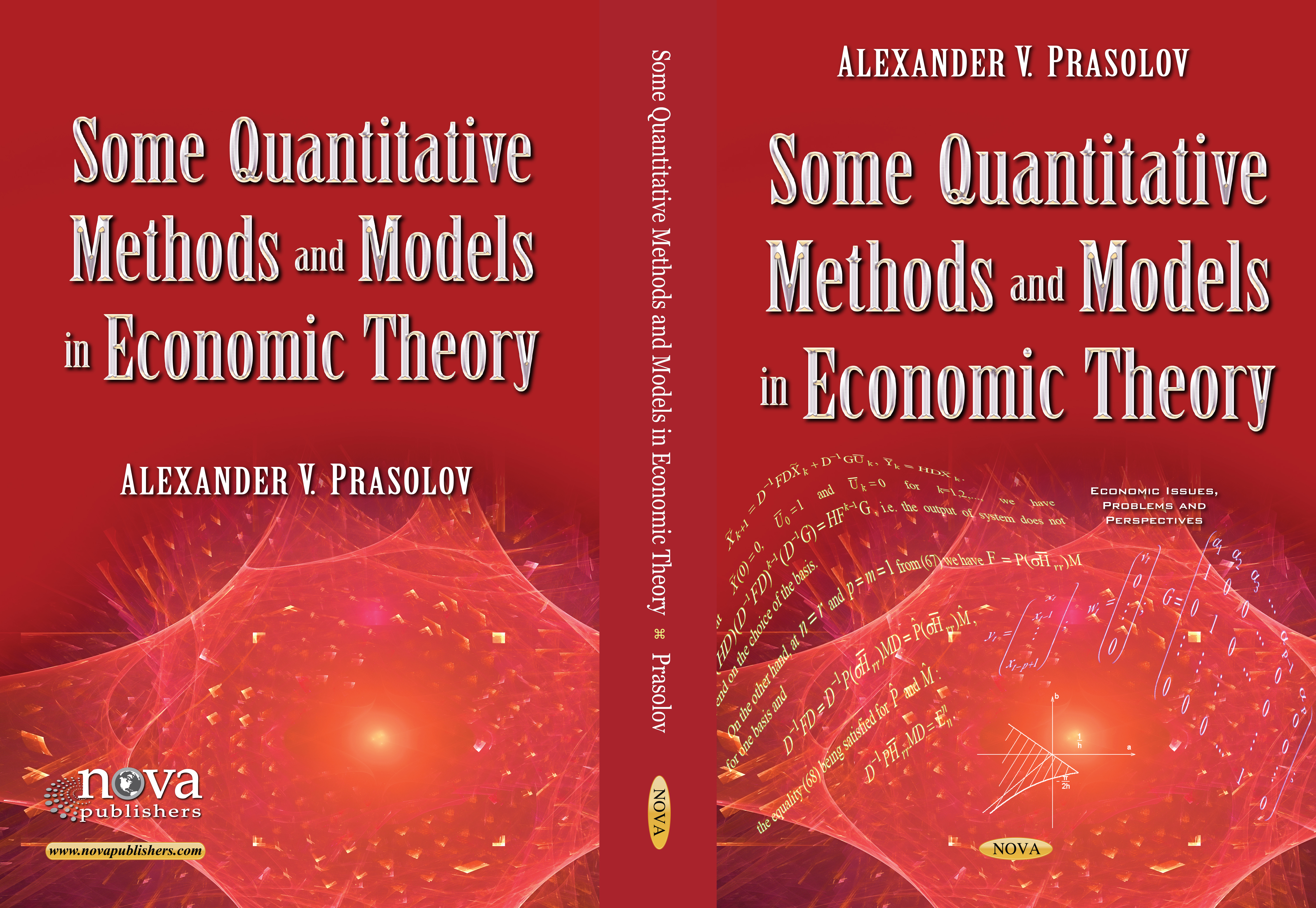