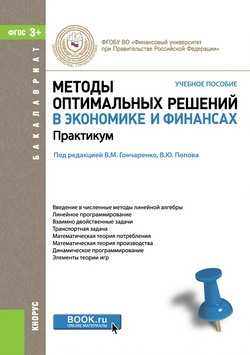 This is the first book that presents basic ideas of optimization methods that are applicable to strategic planning and operations management, particularly in the field of transportation. The material of the book covers almost all parts of optimization and is a unique reference work in the field of operations research. The author has written an invaluable manual for students who study optimization methods and their applications in strategic planning and operations management. He describes the ideas behind the methods (with which the study of the methods usually starts) and substantially facilitates further study of the methods using original scientific articles rather than just textbooks. The book is also designed to be a manual for those specialists who work in the field of management and who recognize optimization as the powerful tool for numerical analysis of the potential and of the competitiveness of enterprises. A special chapter contains the basic mathematical notation and concepts useful for understanding the book and covers all the necessary mathematical information.

Reaction–diffusion type replicator systems are investigated for the case of a bimatrix. An approach proposed earlier for formalizing and analyzing distributed replicator systems with one matrix is applied to asymmetric conflicts. A game theory interpretation of the problem is described and the relation between dynamic properties of systems and their game characteristics is determined. The stability of a spatially homogeneous solution for a distributed system is considered and a theorem on maintaining stability is proved. The results are illustrated with two-dimensional examples in the case of distribution.

Институт минимальной заработной платы в странах ОЭСР
Вишневская Н. Т. Проблемы рынка труда. WP3. Высшая школа экономики, 2005. № 03.
The paper examines the institute of minimum wage in developed and transition economies and in a number of the developing countries. First of all the institutional mechanism of minimum wage fixing is considered. One of the sections explores the dynamics of absolute and relative levels of minimum wage. The special attention is paid to the impact of the institute of minimum wage on the labour market. The author considers the mechanism of transmission of the minimum wage increases on the employment and unemployment dynamics. The paper also contains the result of the empirical research. The experience of many countries witnesses that large increases in minimum wage levels lead to the stagnation of the employ-ment, especially of the disadvantaged groups. The negative effect is larger for the companies with higher share of labour costs and more active use of unqualified labour, that is small businesses and agricultural enterprises. One of the main conclusions is that the minimum wage is not an effective tool of the poverty reduction as the majority of the recipients live in households of average and upper average income.
Bounded limit cycles of polynomial foliations of ℂP²
Goncharuk N. B., Kudryashov Y. arxiv.org. math. Cornell University, 2015. No. 1504.03313.
In this article we prove in a new way that a generic polynomial vector field in ℂ² possesses countably many homologically independent limit cycles. The new proof needs no estimates on integrals, provides thinner exceptional set for quadratic vector fields, and provides limit cycles that stay in a bounded domain.
О топологической устойчивости непрерывных функций в некоторых пространствах, связанных с рядами Фурье
В. В. Лебедев Известия РАН. Серия математическая. 2010. Т. 74. № 2. С. 131-164.