Purpose. When designing products electronic and computer technology (PECT) developer may need to select the microcontroller (MCU), for example, as the product control system. The problem of MCU choice is very difficult multi-criteria task with significant number of criteria and alternative MCU for comparison. One can obtain satisfactory results choosing intuitively based on own experience [1]-[9] but also can make a mistake. While the formal decision-making support methods steadily provide the most rational choice with conflicting selection criteria and a large number of alternatives.

Methods. It is suggested to divide the MCU selection task on several consecutive phases, gradually converging space selection, and to solve private multicriteria task based on the decision making methods application at each stage: method of rank [11], a group procedure of experts vote, method of analytical hierarchies [10]. Each of these methods has strict algorithm that will automate the entire process of choice MCU under the terms of the draft.

Results. The report considers an example of MCU selection with the decision-making support methods application that systematically reduce MCU list and ultimately leads to the task solution.

Conclusion. The proposed approach allows you to bring the microcontroller selection procedure to sequence of the acceptable decision-making procedures. These procedures, as a rule, do not allow experts make errors and would avoid the expert’s prejudgment in decision-making. The methodology proposed for the MCU selection based on the formal procedures that enables you to automate the selection, taken in account many contradictory factors and the properties of a specific task that will allow getting ultimately more qualitative project decision. 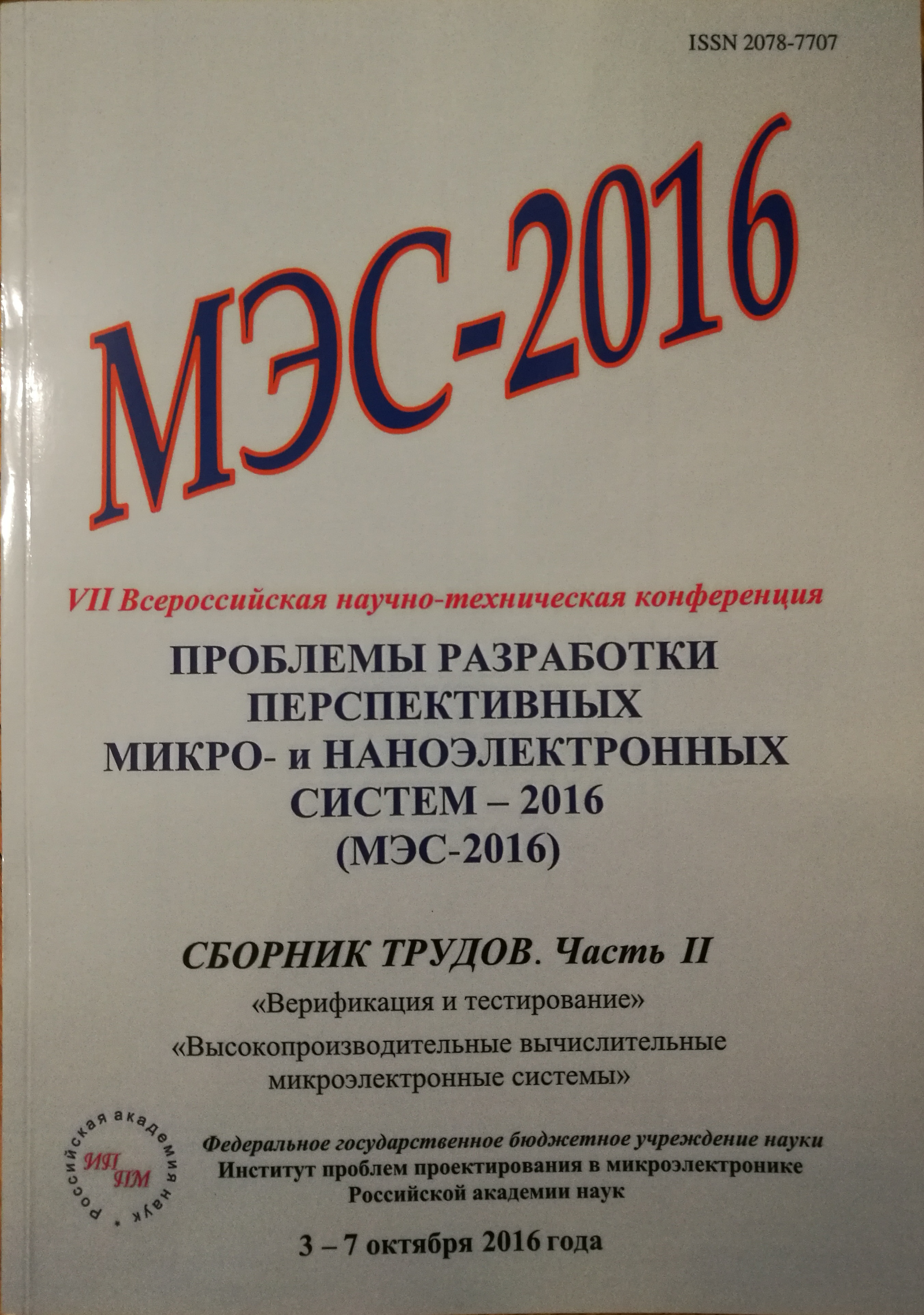 The paper presents a formalism and a tool for modelling and analysis of distributed real-time systems of mobile agents. For that we use a time extension of our Resource Driven Automata Nets (TRDA-nets) formalism. A TRDA-net is a two-level system. The upper level represents distributed environment locations with a net of active resources. On the lower level agents are modeled by extended finite state machines, asynchronously consuming/producing shared resources through input/output system ports (arcs of the system net). We demonstrate modelling facilities of the formalism and show that specific layers of TRDA-nets can be translated into Timed Automata, as well as into Time Petri nets, thus TRDA-nets integrate merits of both formalisms.

PNSE'13 presents the use of Petri Nets (P/T-Nets, Coloured Petri Nets and extensions) in the formal process of software engineering, covering modelling, validation, and veriﬁcation, as well as their application and tools supporting the disciplines mentioned above.

ModBE’13 provides a forum for researchers from interested communities to investigate, experience, compare, contrast and discuss solutions for modeling in business environments with Petri nets and other modeling techniques.

Workshop on Program Semantics, Specification and Verification: Theory and Applications is the leading event in Russia in the field of applying of the formal methods to software analysis. Proceedings of the fourth workshop are dedicated to formalisms for program semantics, formal models and verication, programming and specification languages, etc.

Nested Petri nets (NP-nets) is an extension of the Petri nets formalism within the nets-within-nets approach, allowing to model systems of interacting dynamic agents in a natural way. One of the main problems in verifying of such systems is the State Explosion Problem. To tackle this problem for highly concurrent systems the unfolding method has proved to be very helpful. In this paper we continue our research on applying unfoldings for NP-nets verication and compare unfolding of NP-net translated into classical Petri net with direct component-wise unfolding.

This paper examines the practice of using the intuitivity test as an evaluation criterion of normative ethical theories. Mechanism of intuitive thinking and its differences from rational decision-making is described. It is shown, that due to the nature of intuitive thinking, the results of intuitivity test are often influenced by factors that contradict the conditions of the original problem, which calls into question the reliability of the results of such verification.

To verify realtime properties of UML statecharts one may apply a UPPAAL, toolbox for model checking of realtime systems. One of the most suitable ways to specify an operational semantics of UML statecharts is to invoke the formal model of Hierarchical Timed Automata. Since the model language of UPPAAL is based on Networks of Timed Automata one has to provide a conversion of Hierarchical Timed Automata to Networks of Timed Automata. In this paper we describe this conversion algorithm and prove that it is correct w.r.t. UPPAAL query language which is based on the subset of Timed CTL.