The political process is a constant interaction between the power and opposition. The political process is a constant clash between the formal and informal, between direct speech and metaphors. Power always makes sense only if there is resistance. The power resistance is balanced in favor of its dialectical opposition. Practice protests are taking place at all political regimes, but not always the possibility of resistance are similar. In some political systems interlocutor on government and realization of the right to revolt are an essential political and moral principle. In other cases, in dictatorships, the right to revolt conquered by a hard struggle, not always being efficient and not always getting massive. The author shows how, depending on the cultural traditions of the images may vary resistance. Indeed, the figure of the rebellious person differently perceived in the political landscape. The discourse of resistance can be filled by individual practitioners of dissent, as well as robust tradition of protest. Relations between the power and rebellious man shows and interpreted by the author in a variety of subjects belonging to different cultures. From the point of view of the author, in the practices of rebellious man in his quest for freedom and demonstrate their own position, you can find both special and general, is equally emphasizes the integrity of the political process. 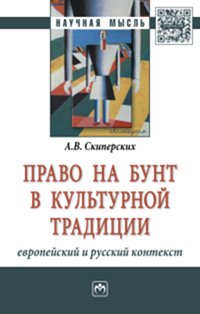 This paper deals with the metaphoric representation of the concept cash in professional discourse. It is based on the analysis of conceptual metaphors in English written texts produced by students majoring in economics. The paper focuses on the metaphor as a means of verbalizing special knowledge in a professional type of economic discourse. A comprehensive analysis, applied by the author, contributes to the development of a metaphoric model of the concept cash.

Questions and Answers about Oppositions
Schang F. The Square of Opposition (A General Framework for Cognition). ISBN 978-3-0343-0537. Peter Lang - Editions Scientifiques Internationales, 2012
A general characterization of logical opposition is given in the present paper, where oppositions are defined by specific answers in an algebraic question-answer game. It is shown that opposition is essentially a semantic relation of truth-values between syntactic opposites, before generalizing the theory of opposition from the initial Apuleian square to a variety of alternative geometrical representation. In the light of this generalization, the famous problem of existential import is traced back to an ambiguous interpretation of assertoric sentences in Aristotle's traditional logic. Following Abelard's distinction between two alternative readings of the O-vertex: Non omnis and Quidam non, a logical difference is made between negation and denial by means of a more fine-grained analysis. A consistent treatment of assertoric oppositions is thus made possible by an underlying abstract theory of logical opposition, where the central concept is negation. A parallel is finally drawn between opposition and consequence, laying the ground for future works on an abstract operator of opposition that would charcterize logical negation just as does Tarski's operator of consequence for logical truth.
Применение критического дискурс-анализа в исследованиях новых религиозных движений
Пугина Е. И. Вестник Нижегородского университета им. Н.И. Лобачевского. Серия: Социальные науки. 2011. № 4. С. 48-52.

FAST FOOD AS AN ACTUAL FORM OF MODERN GASTRONOMIC CULTURE
Sokhan I. V. Humanities. HUM. Basic Research Programme, 2014. No. 48.
This article analyzes the actual gastronomic practice of fast food. Traditional gastronomic culture is undergoing transformations in the modern world. New gastronomic scares are developing that are related to an inability to predict ingredients in consumed foods. Fast food is neutral on the basis of ethnic gastronomic cultures and is becoming a prevailing eating style. As opposed to fast food, alternative gastronomic practices are becoming more essential. They bear a relation to the establishment of individual patterns, the search for and selection of new diets, care for the information aspect of food, and a need to know its cultural and historical connotations. Those gastronomic practices that appear to reflect the primitive nature of human existence are registering present and future changes in people’s ways of life in a most adequate manner.
Konzepte des „Eigenen“ und des „Fremden“ in Autobiographie und autobiographischen Essays von Elias Canetti.
Zusman V. In bk.: Philologie und Kulturwissenschaft in der Wende. Festschrift zum Geburtstag von Prof. sc. Penka Angelova. Veliko Tarnovo: Cyrill and Maethodius, 2012. P. 57-65.

Политология: Учебник
Дегтярев А. А., Ильин М. В., Мельвиль А. Ю. и др. М.: Проспект, 2011.
Левиафан поневоле: захват государства как следствие режимных деформаций
Воробьев А. Н. Политическая теория и политический анализ. WP14. Высшая школа экономики, 2012. № 7.
The presented article continues the series of studies of state characteristics, which are high in topicality at the moment. The attention is paid to the problem of developing the complex approach for examination of the “state capture” phenomenon, based on conventional theories. Author carries out the critical analysis of approaches, reveals the extent of usage of the term and as a result “clarifi es” it. It allows making a revised conceptualization of the “state capture” phenomenon with distinguishing certain stages of the process and minimizing the normative aspect of the theory. The fi nal part of study presents operationalization of the examined phenomenon and its correlation with the access to power and quality of institutions.
Наименования человека в различных типах англоязычного дискурса
Голечкова Т. Ю. Вестник московского государственного лингвистического университета. Серия: Педагогические науки. 2012. № 20 (653). С. 51-58.