This paper describes a series of sociological polls taken during political demonstrations in Moscow in December, 2011 – March, 2012. On the basis of the collected data,it aims to build up portraits of average protesters, describing their age, welfare, political views, social involvement, main information sources, etc. Comparing different polls, the authors also try to trace how the protesters’ views and driving factors of their activity in the given period evolved from an “optimistic” to a “pessimistic” pattern. Finally, the essay discusses the distribution within the drawn sample and the poll procedure applied to explore this social activity. 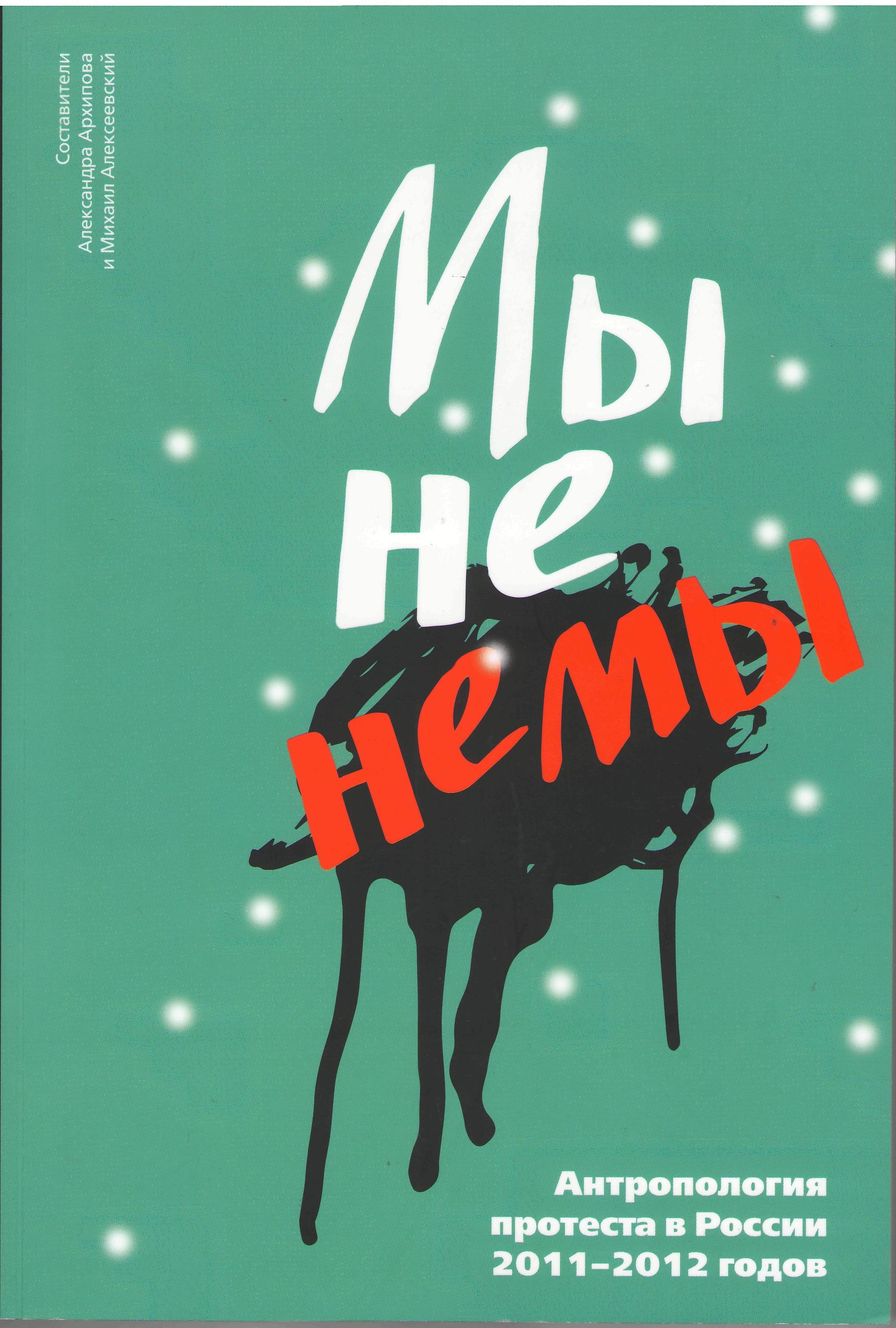 «Hieroglyphs of protest»: Internet Memes and Protest Movement in Russia
Shomova S. Political Science. PS. Высшая школа экономики, 2019. No. 68.
Political Internet meme is an underresearched contemporary phenomenon situated at the interface of digital media and political communication. Regarded as a unit of online transmission of cultural information, such a meme can be considered, on the on hand, as a manifestation of post-folklore, and on the other hand, as a mechanism of political participation and construction of social media users’ collective identity. The article presents the results of investigation into Internet memes generated by protest discourse in Runet (Russian Internet). Examination of a vast amount of Internet content allows drawing conclusions as to the thematic emphases of protest actions represented in Runet’s memosphere and to the specifics of the image of Russian protest as reflected in memes.
Emergent Protest Publics in India and Bangladesh: A Comparative Study of Anti-corruption and Shahbag Protests
Roy Chowdhury A., Ahmed A. In bk.: Protest Publics. Toward a New Concept of Mass Civic Action. Switzerland: Springer, 2019. Ch. 4. P. 49-66.

In India, anti-corruption mass protests began in April 2011 against various aspects of corruption such as kleptocracy, electoral fraud and black money. The protestors demanded the enactment of a strong legislation and enforcement against perceived political corruption. The protestors used non-violent repertoires of civil disobedience such as hunger strikes, marches, and rallies. They used social media to organise, communicate, and spread their message. Initially non-partisan to politics, the mobilisations fought for the Jan Lokpal Bill (introduced in parliament in 2011). Later, the core activist group split into two and one group formed a political party called Aam Aadmi Party (common man’s party). It won the Delhi legislative assembly polls and formed the government. The Lokpal and Lokayukt Act (or the Lokpal Act) was enacted in 2013. This was a major success of the mobilisations. Bangladesh won independence from Pakistan through a bloody war in 1971. During the war, the Pakistan army violated human rights and conducted genocide on a large scale. In 2009, the ruling Awami League government formed an International Crime Tribunal to put alleged war criminals to trial. In 2010, the Tribunal delivered its first indictment against groups considered enemy ‘collaborators’ and ‘traitors’ (Razakars, Al Badr, and Al Sham). But the indictments divided the country into seculars (who embraced the Bangladeshi identity, demanded capital punishment for war criminals, and found the indictments too lenient) and Islamic hardliners (who nursed their severed links with Pakistan and tried to save the war criminals). In February 2013, massive public protests started in the Shahbag public square to demand capital punishment for war crime convict Abdul Quader Mollah and a ban against the radical Islamist group Jamat-e-Islami. Secular activists used non-violent repertoires and mobilised people through social media and blogs. Though the hardliners murdered many activists, the secular protests were successful to some extent, as many of the convicted were given capital punishment. In both cases, a ‘protest public’ emerged. Though not organised through any civil society organisation or social movement, they successfully brought about sociopolitical transformations, policy shifts, and legal transformation. These protest 2 participants were mostly youth, and used only non-violent repertoires, even though the opposition used massive violence (mainly in case of Shahbag). These South Asian protests were influenced by Occupy Wall Street and Arab Spring, but were located between the local and global. They were influenced by global protest cycles, but raised national identity, consciousness, and conscience as a public issue, and demanded direct participation in national policy formulations. There were divergences also. In India, protests led to a party being formed (the party formed a government), and changes in the law, after which the movement petered out. In Bangladesh, the Shahbag protests started a spiral of counter-violence, radicalisation, and ‘terrorist’ attacks that engulfed society. This paper will analyse the ‘protest public’ in these two cases using an analytical framework derived from the theory of public (Habermas 1989; Fraser 1990) and link it to the notions of postcolonial society and private/public difference in South Asia (Chatterjee 1993 and Chakrabarty 1999).

Elections, Protest and Trust in Government: A Natural Experiment from Russia
Frye T. M., Borisova E. Web publication. 2342-205X. BOFIT, 2016. No. 9.
How do flawed elections and post-election protest shape political attitudes? Taking advantage of the largely exogenous variation in the timing of a survey conducted in Moscow, we examine the short-term impact of the parliamentary election of December 4th, and the large protest of December 10th on trust in the Russian government. The fraud-marred parliamentary election had little effect on attitudes toward government, perhaps because allegations of vote improprieties were not new information. In contrast, the large protest of December 10th increased trust in government. Heightened trust arises largely from non-supporters of the ruling party updating their beliefs rather than from social desirability bias, a perceived improvement in government performance, or a “halo” effect. This finding is consistent with the view that autocrats can increase trust in government by unexpectedly allowing protest without repression. It also suggests that when evaluating trust in government citizens may cue not off the content of the protest, but off the holding of the protest itself.
Protest and Social Media: Friendship and Communication
Dokuka S., Gradoselskaya G. Social Science Research Network. Social Science Research Network. SSRN, 2014
Online social networking sites are considered as one of the most influential facilitator of many recent social movements. In this paper we investigate both the dynamics of friendship interactions and the structure of communication in protest-related community. We find that offline actions play insignificant role for the dynamics of the structure of a relatively stable protest online community.
Политические взгляды аполитичных индивидов: "обычная молодежь" на фоне протестов 2011-2012 гг.
Желнина А. А. В кн.: Пути России. Альтернативы общественного развития. 2.0. Сборник статей. Т. ХХ. М.: Новое литературное обозрение, 2015. Гл. 3. С. 48-71.
Политические перформансы арт-группы «23:59» в дискурсе литературных текстов
Скиперских А. В. Вестник Воронежского государственного университета. Серия: История. Политология. Социология. 2013. № 2. С. 172-176.

In the article on the example of political performances art-group «23:59» from Yelets showing new possibilities of street protests in Russia. Attempting to review the overall political texts by «23:59» allows you to see the close connection with the protest political trend in modern Russia in winter 2011–2012, and also the obvious emphasis on literary sources. That is where art-group recommends looking for answers to pressing questions of the current political agenda.

While workers movements have been largely phased out and considered out-dated in most parts of the world during the 1990s, the 21st century has seen a surge in new and unprecedented forms of strikes and workers organisations. The collection of essays in this book, spanning countries across global South and North, provides an account of strikes and working class resistance in the 21st century. Through original case studies, the book looks at the various shades of workers’ movements, analysing different forms of popular organisation as responses to new social and economic conditions, such as restructuring of work and new areas of investment.