Conference Proceedings report findings presented at the 20th Annual Conference of the National Association of Teachers of English in Russia held in Voronezh in April, 2014. The proceedings might be useful for English language teachersworking at different levels - from University to kindergarten. linguists, interpreters and translators, as well as students and postgraduates majoring in EFL, linguistics and cultural studies. 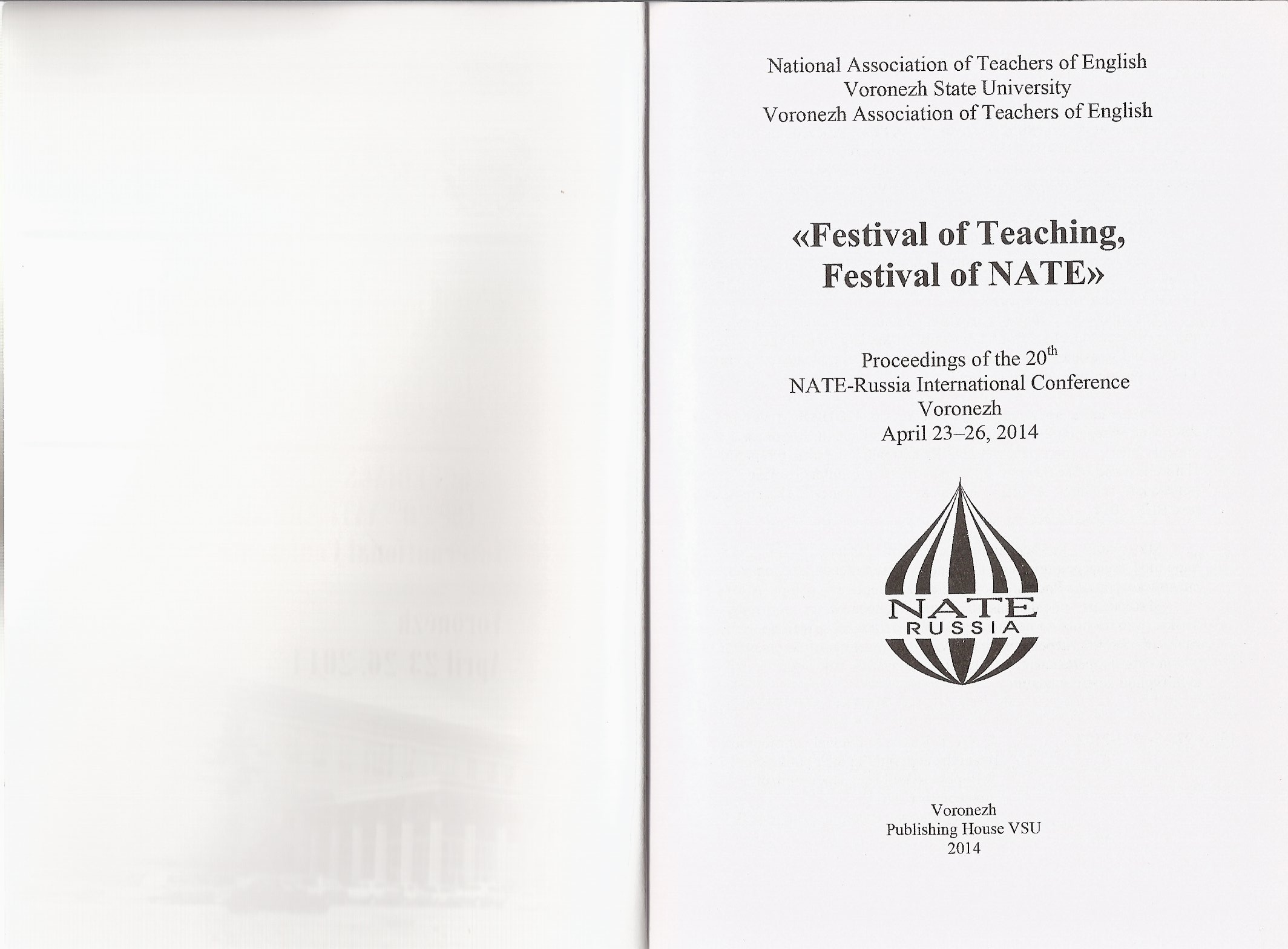 Manipulated Voters in Competitive Election Campaigns
Aköz K. K., Arbatli C. E. Economics. EC. Высшая школа экономики, 2013. No. WP BRP 31/EC/2013.
We provide a game-theoretical model of manipulative election campaigns with two political candidates and a continuum of Bayesian voters. Voters are uncertain about candidate positions, which are exogenously given and lie on a unidimensional policy space. Candidates take unobservable, costly actions to manipulate a campaign signal that would otherwise be fully informative about a candidate’s distance from voters relative to the other candidate. We show that if the candidates differ in campaigning efficiency, and voters receive the manipulated signal with an individual, random noise, then the cost-efficient candidate wins the election even if she is more distant from the electorate than her opponent is. In contrast to the existing election campaign models that do not support information manipulation in equilibrium, our paper rationalizes misleading political advertising and suggests that limits on campaign spending may potentially improve the quality of information available to the electorate.
Strategic Behavior in Exhaustive Ballot Voting: What Can We Learn from the FIFA World Cup 2018 and 2022 Host Elections?
Karabekyan D. Economics/EC. WP BRP. Высшая школа экономики, 2016. No. 130.
There are many allegations about whether FIFA world cup host countries were chosen honestly or not. We analyse the results of the FIFA Executive Committee voting and reconstruct the set of possible voting situations compatible with the results of each stage. In both elections, we identify strategic behaviour and then analyse the results for honest voting under all compatible voting situations. For the 2018 FIFA world cup election Russia is chosen for all profiles. For the 2022 elections the result depends on the preferences of the FIFA president Sepp Blatter who served as a tie-breaker. If Sepp Blatter prefers Qatar over South Korea and Japan, then Qatar would have been chosen for all profiles. Otherwise there are the possibility that South Korea or Japan would have been chosen as the 2022 host country. Another fact is that if we consider possible vote buying, then it is shown, that the bribery of at least 2 committee members would have been required to guarantee winning of Russia bid and at least 1 member for Qatar.
Как написать выпускную работу на английском языке (рекомендации)
Kuzmenkova Y. B. Проблемы филологии: язык и литература. 2010. No. 4. P. 115-122.

The author presents the results of the recent study of project proposal presentations made by HSE graduates, and focuses largely on developing skills of academic writing. The materials presented can be useful for writing any type of an academic text.

Conversion and Personnel in the Russian Military-Industrial Complex
Shkaratan O. I., Fontanel J. Defence and peace economics. 1998. Vol. 9. No. 4. P. 367-379.
The experience of Russia in the field of conversion indicates that it is a costly process, because large expenditures are needed to compensate the enterprises for the losses produced by decreases in defence production and by the maintenance of average wages and salaries, without efficient production. Many large‐scale military conversion projects are difficult without the import of equipment and the participation of foreign capital. Because the MIC is involved in the national industry, the general characteristics of Russian workers reduce or improve the competitiveness of the Russian economy. But the military‐industrial complex, which is not very involved in the development of infrastructure and of service sector, developed its own specific demand and its own peculiar supply network. Therefore, the potential of Russia's human resources cannot be realised without active co‐operation on a mutually profitable basis with firms and corporations of other countries.
Диалог с аудиторией в православной прессе (на материале журналов "Фома", "Наследник")
Кувшинская Ю. М. Меди@льманах. 2011. № 4. С. 56-64.

Special features of the discourse in the Christian Orthodox mass media depend on the ap- proach to the problem of incompatibility of the mass media discourse with the church discourse, the public communication and confidential talk about faith. This problem is the most urgent for those Orthodox mass media which set a missionary aim. In this work the author makes a review of the main forms of dialogue with the audience, communicative strategies and tactics in the magazines with missionary orientation. Besides, the researcher distinguishes the special means of interaction between the author and the reader.

Does Incomplete Information Reduce Manipulability?
Veselova Y. A. Economics. EC. Высшая школа экономики, 2016. No. 152/EC/2016 .
We consider the problem of individual manipulation under incomplete information, i.e. the whole preference profile is not known to voters. Instead, voters know the result of an opinion poll (the outcome of a poll information function π, e.g. a list of scores or a set of winners). In this case, a voter has an incentive to misrepresent his preferences (π-manipulate) if he knows that he will not become worse off and there is a chance of becoming better off. We consider six social choice rules and eight types of poll information functions differing in their informativeness. To compare manipulability, first we calculate the probability that there is a voter which has an incentive to π-manipulate and show that this measure is not illustrative in the case of incomplete information. Then we suggest considering two other measures: the probability of a successful manipulation and an aggregate stimulus of voters to manipulate which demonstrate more intuitive behaviour. We provide results of computational experiments and analytical proofs of some of the observed effects.
Models of Personal Conversion in Russian Cultural History of the 19th and 20th Centuries
Edited by: J. Herlth, E. Swiderski, C. Zehnder. Bern: Peter Lang, 2015.

This monograph is a first comprehensive and interdisciplinary study of personal  conversions in Russian culture of the 19th century in a broad comparative perspective.

The article tackles the issue of communicative strategies in 'fantasy' novels.